The ability to transfer Citi ThankYou Rewards to American Aadvantage has ended as of November 14, 2021.

In mid-July we saw a fantastic development to the Citi ThankYou program, whereby it’s possible to transfer points to American AAdvantage for a limited time. This feature is due to expire today, so in this post I wanted to recap this feature, including my take on whether or not it makes sense to speculatively transfer points, along with the odds of this feature being extended.

For a limited time, through today (Saturday, November 13, 2021), Citi ThankYou points can be transferred to American AAdvantage at a 1:1 ratio. This assumes that you have the Citi Premier or Citi Prestige, which are the cards required in order to transfer points to Citi ThankYou airline partners.

American AAdvantage has some awesome mileage redemption options for travel on partner airlines, especially for those looking to redeem in premium cabins on Cathay Pacific, Etihad Airways, Japan Airlines, and Qatar Airways. For example, for a one-way business class award ticket on one of the above partners you’ll pay:

These are some of the best award redemption values out there, and this is no doubt a transfer option that many people will appreciate.

Should you transfer Citi points to American?

Since this transfer option has become available, lots of readers have asked if it makes sense to take advantage of this and make a points transfer. Here’s my take in general:

Could this transfer option become permanent?

While this transfer option is currently only available through today (November 13, 2021), personally I don’t think it’s out of the question that this could be extended, or even become permanent.

While there has been no confirmation from American or Citi about this being extended, interestingly the limited time language no longer appears on the Citi ThankYou transfer page. It seems to me that if this is going to be extended, they’re waiting until after today to reveal it, presumably because they want people to make speculative transfers.

For years points hobbyists have wondered why Citi ThankYou points didn’t transfer to American AAdvantage miles, especially given the co-brand card relationship, and the policies of competitors. Presumably up until recently this has come down to one of two factors:

I suppose there are a few ways to look at this temporary opportunity:

Personally I feel more confident about this being extended than I did at first. Why? American recently revealed the Loyalty Points concept, whereby spending on co-branded AAdvantage cards will count towards elite status. This gives people a huge incentive to spend on American Airlines credit cards, and would limit the extent to which this points transfer option cannibalizes American’s own credit card portfolio.

I think this makes it much more likely that this will be extended. Let me emphasize that I have no inside information here, I’m just trying to apply common sense to the situation.

Through today (Saturday, November 13, 2021), Citi ThankYou points transfer to American AAdvantage at a 1:1 ratio, which is a great opportunity. There are lots of excellent uses of AAdvantage miles.

Personally I think odds are good that this could be extended, especially with the way American is changing the AAdvantage program as of 2022. If you have a use for AAdvantage miles in the coming months, then I’d probably take advantage of this and make a transfer today.

If you don’t have a use in the coming months, I’d hold off and hope that this becomes permanent, or at least returns temporarily. You’re simply giving up too much by converting a flexible currency into one specific airline mileage currency.

Have you transferred points with this opportunity? Do you think this transfer option will become permanent?

@DCS: "This space contains nothing but opinions of the participants. For anyone to keep repeating, like a broken record, how DCS does NOT allow anyone to have their own opinion is just mindbogglingly ridiculous." I'm sorry - I guess it was a different DCS who said that someone should stop making certain statements because you didn't agree with them. Also, DCS, maybe you should stop referring to yourself in the third-person - it only reinforces the fact that you are nothing more than a narcissist who needs professional help.

@DCS: "Is is possible to just avoid making blanket or dogmatic pronouncements about matters that are inherently subjective, for I find the notion that AA miles have ever more useful than UA miles to be utterly silly..." Because yet again, no one is allowed to have their own opinion if said opinion does not match that of DCS.

Perfect, looking forward to the devaluation to compensate for millions of TYP flooding AA’s program. 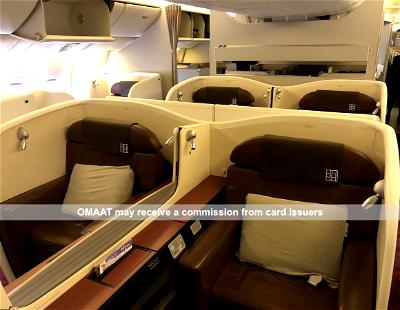 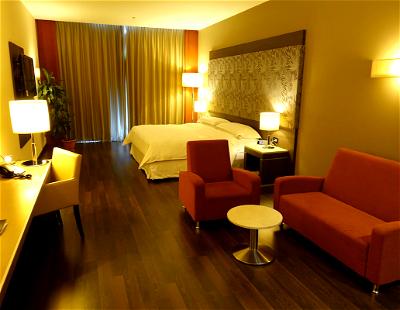