Well, my hands are most definitely sweating at this point, as this is probably simultaneously the most incredible and terrifying thing I’ve ever seen.

Illusionist David Blaine just spent quite a bit of time suspended above the Arizona desert by 52 helium balloons. He “took off” (if you can call it that) from Page Airport in Arizona, and spent roughly an hour suspended in the air.

He continued to gain altitude, and made it all the way up to 25,000 feet. As you’d expect, he needed oxygen at that altitude, given how thin the air gets. He detached himself from the balloons when he passed 25,000 feet, and then entered a free fall, until he deployed his parachute at around 7,000 feet. He ended up landing in the desert, where he was picked up by a helicopter. 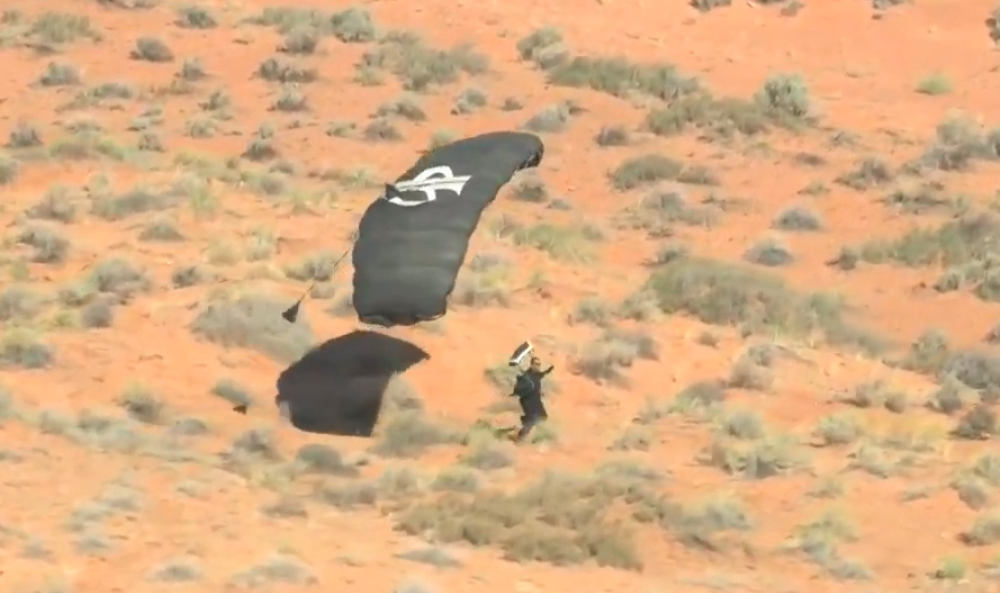 You can track his “flight” through Flightradar24 with the registration code N947DB.

You can watch the live feed of the entire event here:

And to add an airline angle to this, kudos to Ryanair for the quick wit…

bit dramatic, our flights are literally a fiver https://t.co/POF4UCG0Pr

The one thing I’m curious about is if it there was any element of illusion to all of this. After all, Blaine is an illusionist and not a traditional daredevil. Was there some illusion here that we’re missing? Was this all a desert mirage? 😉

Only impressive if he had a plan to retrieve the balloon materials.

No hat on his head ?

It would have been impressive if he were actually hanging on to the apparatus with his own hands and not latched on with a carabiner. That was a lot of effort and build-up for a rather anticlimactic jump. Standing on a 90-foot pole for 35 hours was probably more difficult and dangerous. 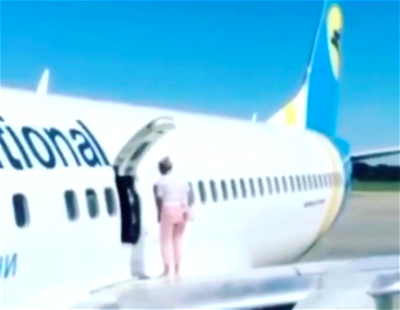 17
UIA Bans Passenger For Walking On Wing To Cool Off