Scandinavian Airlines uploaded a new ad to YouTube on Monday, and just over a day later, the ad is no longer publicly listed, after the video got nearly 50x as many “thumbs down” reactions as “thumbs up” reactions.

SAS’ “What is truly Scandinavian?” ad

Here’s the 2min42sec SAS ad that has caused all the controversy:

The ad starts with the narrator saying:

“What is truly Scandinavian?”
“Absolutely nothing.”
“Everything is copied.”

The ad then lists many of the things that Scandinavia is known for, pointing out how it’s actually from somewhere else:

After listing off a bunch of things, the ad continues:

“We are no better than our viking ancestors. We take everything we like on our trips abroad, adjust it a little bit, and et viola. It’s a unique Scandinavian thing. Going out into the world inspires us to think big, even though we’re quite small.

In a way, Scandinavia was brought here, piece by piece, by everyday people who found the best of our home away from home. We can’t wait to see what wonderful things you’ll bring home next.”

In general I love this ad. The visuals are incredible, and the commentary from the narrator is almost poetic.

Personally the message also resonates with me. The one thing I’ve learned from all my travels is that there’s no one place that’s best, that we can learn something from everywhere, and that we’re all more similar than some people try to have us believe.”

At the same time, this is a very unconventional ad for an airline. Usually airline ads try to promote how they’re unique to that country, rather than point out how the country isn’t unique.

If the ad is targeted at Scandinavians, then telling them “hey, we’re actually small and just copy stuff” isn’t going to resonate with people who don’t have that outlook.

What SAS says about this ad

It seems that SAS doesn’t actually believe that this ad was particularly unpopular, but rather that there was a coordinated effort to have a negative response.

Here’s how SAS describes the message behind the ad:

“SAS is a Scandinavian airline that flies travelers to, from and within Scandinavia. We stand behind the message in the movie that is about travel enriching us.

When we travel, we both influence and are influenced by others. The experiences we bring from our travels affect us as individuals but also our communities.

We at SAS are proud of our Scandinavian origins and the values ​​that characterize our open, equal and democratic societies.”

SAS also suggests that the ad has been “kidnapped,” and that some group has intentionally been trying to add negative reactions:

“When we look at the pattern and the number of reactions to our film, there is reason to suspect an attack and that our campaign has been kidnapped. We do not want to risk becoming a platform for someone else’s values, which we do not stand for. Therefore, we have currently removed the films from our channels and are now discussing the next step.”

As of the time of this post the video has 363 “thumbs up” and over 16,000 “thumbs down” reactions, so I do believe that there may have been some sort of a coordinated response here.

SAS is currently in tense negotiations with their pilots, so the head of SAS’ Swedish Pilot Association has taken this opportunity to attack the airline:

“The reactions from our customers to SAS’s latest commercials show that they appreciate and care about the Scandinavian brand. We share their view that with Irish aircraft, Spanish pilots and Baltic cabin crew, the Scandinavian feels increasingly distant.”

In this divisive time, perhaps a message of globalism wasn’t appropriate if they were hoping to have an overwhelmingly positive response. Personally I think the ad is bold, but I like the message.

But is this ad truly overwhelmingly getting a negative response, or is there some coordinated effort?

I do suspect that there was some sort of a coordinated “thumbs down” campaign here, because the ratio of “thumbs down” to “thumbs up” is unreal. It’s one thing if there were the same number of likes as dislikes (which would already be bad), but the ratio does suggest to me that something is going on.

Share
Tweet
Conversations (155)
The comments on this page have not been provided, reviewed, approved or otherwise endorsed by any advertiser, and it is not an advertiser's responsibility to ensure posts and/or questions are answered.
Write a comment
Cancel reply
Report a Comment
Thanks for letting us know!

Submitting...
Featured Comments
View all comments (155)
Write a comment
Most helpful comments ( as chosen by the OMAAT community ).

Racism? Come on, don't be so sensitive. It's a manifesto of the open, inclusive and innovative Scandinavian way. Admitting the symbolic characters were learned from others is not a sign of weakness, but a sign of strength. It means you are willing to take the nutritional elements from all of the human civilization. And that's why the Scandinavian countries were among the best in the world. As a Chinese overseas scholar, I pay my salute to the proud Scandinavian civilization.

Dear all, As an exaple of how multicultular Scandinavian countries are pls read this: https://en.m.wikipedia.org/wiki/Malou_Hansson Pls check bio of a Swedish beauty pageant miss, proud of herself and her ancestry. Would you not allow to her talking abt her Viking ancestors. BUT, PLS READ FIRST under "Personal" tab first b4 focusing on a color of her skin.

Next time SAS should hire the guy who did "Swedish Smörgåsbord" as an interval act in Eurovision 2016, lol _____ We gave you Carola and Waterloo And Diggi-Loo who all adored We'll take you to heaven Euphoria too Come and join our party Come on up and chill There's room for everybody Gravadlax and dill On our aquavit, crayfish Yucky salty liquorice Randy Scandinavian race With H&M and Ace of Base Our hurdy-gurdy, super-duper Fab-as-Abba, Super-Trouper 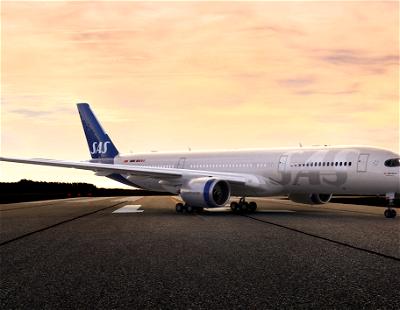 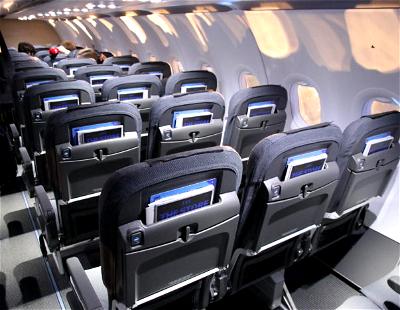 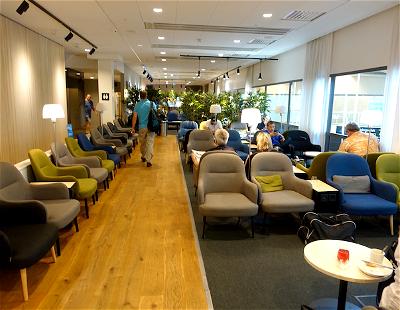