One of the great joys of flying for many is being at a gate and hearing the gate agent make an announcement starting with “Ladies and Gentlemen, we’re oversold today, and looking for volunteers to take a later flight….” Overbooking is one of the many risks airlines have to assume in order to maximize revenue, and while overbooking works for them most of the time, there are times when it can work in our favor as well, as passengers.

Please note that I can’t guarantee that all of this information is accurate and/or current. If anyone has any recent practical experience to share, feel free to do so, and I’ll update this post. It’s important to keep in mind that gate agents have a lot of discretion when it comes to issuing denied boarding compensation, both in terms of the free ticket/travel credits and also in terms of an upgrade on the next flight. It can’t hurt to ask for an upgrade to first class on the next flight, and you might just get it depending on the situation.

When American is oversold they typically ask for volunteers at the gate. They don’t have a formal list, but instead just collect boarding passes of volunteers and keep passengers updated as to whether or not they’ll need their seat. American offers travel credits as compensation, starting from $200 and up. Sometimes it’s almost like a bidding system, whereby they’ll start with $200 and if no one accepts raise the offer, or sometimes they’ll start with an amount like $300 or $400, and hope for volunteers. They typically won’t go too far beyond that.

American issues paper vouchers as compensation, and also offers meal vouchers for bumps causing substantial delays. If you end up taking a shorter routing as a result of a bump, American will typically give you the original routing credit if you call.

Continental will often ask for volunteers at check-in, be it online or at a kiosk, if they’re oversold. They name an amount, and if you agree they print out a form for you to give the gate agent, which you have to sign. It’s not binding, but makes the system pretty easy. The minimum they offer is $200 worth of travel credits, and typically they don’t offer more than $500 for a domestic flight. There’s definitely a possibility for a bit of negotiating if not enough people are volunteering, although don’t expect too much more. Continental will also typically grant the original routing credit if you take a more direct route as a result of a bump.

Delta will typically ask for volunteers at the gate if they’re oversold, with compensation being pretty inconsistent. Generally speaking compensation will be in the $200-400 range, with most getting $300, but some report getting $400 for a delay of less than an hour, while others report $200 for a bump causing a delay of several hours. Delta vouchers are electronic so can be redeemed with ease on delta.com. Delta will also offer meal vouchers for bumps causing delays.

If a flight is oversold, Northwest will often allow passengers to “bid” an amount at check-in for taking a VDB. This is not binding, but the gate agents will of course have access to it. They have a lot of discretion as to how much they compensate you, and often times they’ll give a $300 voucher (although rarely more), regardless of what you bid (even if it’s lower). These vouchers are electronic, so are easy to redeem. The alternative is a free ticket, but most prefer the voucher since it earns miles and is easier to use.

When United is oversold they typically ask for volunteers at the gate. Unlike other airlines they have a formal list, to which you can get added at any point after check-in. Just ask any agent to add you to the list, and they’ll print you out a form acknowledging that you volunteered. The gate agent will have access to this list.

Internationally United offers travel credits as compensation, with amounts ranging greatly. Typically they’ll offer something like $600, but it can be more or less depending on how desperate they are. Since EU IDB compensation rules are very strict, they’re willing to go pretty high to avoid having to IDB anyone. I’ve heard people getting as much as $1,000 in travel credits out of Europe.

US typically asks for volunteers at the gate, and processes volunteers first come first served. Domestically they’ll offer a free roundtrip ticket, which, unlike United, is extremely restrictive and requires the “X” bucket to be available. Alternatively you can get $200 in travel credits for a domestic bump or $400 for a Europe bump. As long as you pay something when using the travel credits you earn miles, so many consider this to be a better deal. Sometimes they’ll even let passengers swap out free ticket vouchers (i.e. exchange a free ticket for travel credits) after the fact.

U.S. Air Free Ticket Vouchers are actually on the "R" Bucket (Fare) which is equivilent to their lowest frequent flyer award. Also my experience shows that they are very rigid on flight credits and hold a firm line at $200 irrespective of the length of the replacement flight. Ergo there seems to be less and less folks willing to volunteer to take a later flight.

Good summary Lucky -- Here's a few comments from my personal experience: 1. NW has always offered me $300 domestically, no less, no more, without negotiation. And that's several bumps over the past couple of years. I've only seen the offer for a VDB at the kiosk second-hand, and then they didn't need the guy. 2. UA has a formal list, but some stations don't use it. Then it becomes a free for all! 3. The US voucher is transferable. DL/NW/CO is not. UA, as you know, has the most liberal transferability in the industry! 4. I haven't managed to get a meal voucher out of UA in months. They claim they stopped doing that. On NW, it's almost standard.

I don't know about anyone else but I already spend enough flying that I have no interest whatsoever in free tickets or travel credits. Now if they offered cash ... 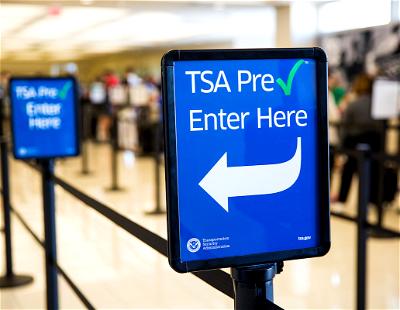 8
What Is TSA PreCheck, And Is It Worth It? 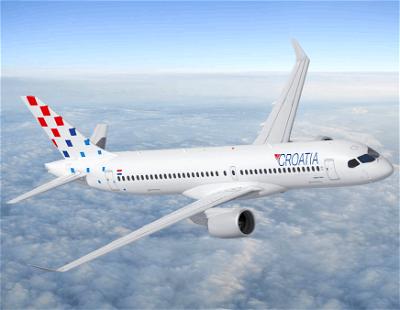