As I addressed in a follow-up post, at this point a lot of people are concerned about the 737 MAX, as there are a lot more questions than answers. We don’t know for sure if there’s anything actually wrong with the plane, or if there’s anything wrong with the way pilots are trained to fly the plane. And if either of those are the case, we don’t know what exactly the problem is.

With about 350 737 MAX planes flying nowadays, there’s talk about the possibility of the planes being grounded until investigators figure out what’s happening. After all, the last thing anyone would want to see is a tragedy like this again.

It goes without saying that the impact of this on some airlines’ operations would be massive, since a grounding could potentially last for a very long time. At the same time, no matter what the implications are, it seems like erring on the side of caution might be a good idea.

Well, it looks like the first authorities are taking steps towards grounding the aircraft type.

Caijing is reporting that the Civil Aviation Administration of China has grounded the Boeing 737 MAX. It’s reported that all domestic Chinese airlines have been asked to cease operations with the plane, and as of now no 737 MAX planes are flying in China.

As of now there are nearly 100 Boeing 737 MAX aircraft in the fleets of Chinese airlines, including for Air China, China Eastern, China Southern, Hainan Airlines, Shandong Airlines, Shenzhen Airlines, and Xiamen Air.

The 737 Max (7M8) crashes should be a wake up for folks who think new aircraft are inherently safer than old ones. Remember the scene on the dock in Jaws where Mrs Kintner slaps the bejesus out of Chiel Brody? She found out that Brody allowed the beaches to remain open even though he had good reason to suspect the waters were unsafe. Brody and the mayor lacked the guts to do the prudent, although totally inconvenient and extremely costly, thing and close the beaches. Her boy paid the price with his life. Her boy was dead, and at that point there wasn't a damned thing Brody could do about it. If another 7M8 goes down, somebody ought to go upside the head of the FAA administrator and airline execs who lack the courage and conviction to do what they know needs to be done. 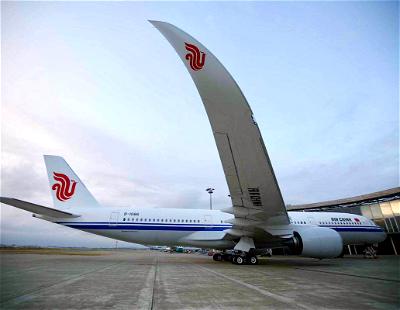