Last August Chase introduced the Sapphire Reserve Card, which quickly became one of the hottest new credit cards in the market. When the card was first introduced it had a massive 100,000 point sign-up bonus (redeemable for $1,500 worth of travel), which caused a lot of people to sign up. Chase exceeded their 12-month sales target on the card within two weeks of when it was introduced, which is insane.

For consumers, the card is actually lucrative long term. It has a $450 annual fee, but offers triple points on dining and travel, a $300 annual travel credit, a Priority Pass membership, enhanced redemption opportunities, and much more.

The card has been really expensive for Chase upfront. Between the sign-up bonus worth $1,500 (which isn’t available anymore) and the razor thin margins for Chase (given how rewarding the card is for spend), many have suggested that Chase won’t break even on the card for over five years.

Back in July we learned that Chase was pushing for $200 million in cost cuts in the unit that oversees the card. Furthermore, while the upfront investment cost Chase a lot, this year they’re reporting decreased new card openings compared to last year, given how many people signed up for the card.

Now that the card has been around for a bit over a year, the good news for Chase is that a vast majority of people are reportedly renewing the card.

So while we don’t know all the details yet, the Wall Street Journal is reporting that there will be a new executive in charge of the Chase Sapphire Reserve as of January 1, 2018. Specifically, Matthew Massaua, who used to be in charge of partnerships and small business cards at Barclaycard, will be at the helm of the popular Sapphire Reserve.

We’ll have to wait and see what this means for the card, though presumably it will represent at least some change in strategy over what they’re doing now.

Fortunately I don’t think they’ll be making huge changes. Chase has already incurred most of the cost of the Sapphire Reserve upfront in terms of the big sign-up bonuses, so they don’t want to do anything radical that will cause people to cancel, since that would make it even tougher for them to breakeven on the card.

However, we’ll see if they make some further minor adjustments that can improve the performance of the card for Chase. Reports have suggested that more people are using the triple points categories than Chase was anticipating, and also fewer people are financing charges than they were expecting, which is a bad combination when you think of how card issuers make money. At the same time, apparently Chase has also seen a lot more loyalty and engagement from people with the card than they saw before.

Do you think we’ll see major changes to the Sapphire Reserve?

@Paul: While I don't disagree with your "reader beware" sentiment, keep in mind that the Forbes article also says that TPG has a staff of 20, as well as 50 freelance contributors. That means Chase basically made a deal with a small marketing company - so it's not as if TPG (as in the actual Guy) received >$1,000,000 for his personal efforts to push the card. That doesn't change the likelihood that TPG (the blog/website) is likely to be biased. But it does suggest that this attitude isn't quite right, either: "Oh my god that's a lot of money for one guy to hawk a card - I can't trust anything he says anymore because for that kind of money he'll say anything!"

@Robert That is amazing. I knew they got paid to pump, but for that kind of money there can obviously be no objectivity. I know I have definitely changed how I read all the travel blogs. I click much less, skip all the credit card posts, and try to be much more discerning.

@Marsh The former head, Lisa Walker, is taking on a new role within the bank card division. 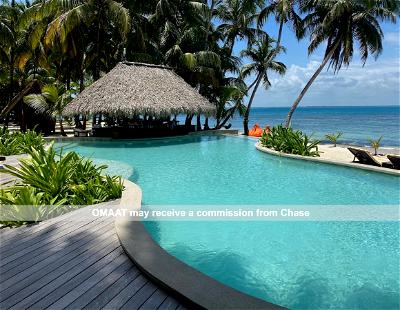 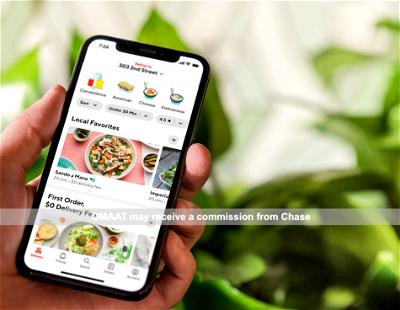