Over the past few years we’ve seen airline award tickets not only get more restrictive, but also come with increased fees for changes and cancellation.

One of the more generous programs when it comes to award ticket change and cancellation fees is American AAdvantage.

American doesn’t charge any fees to change award tickets as long as the origin and destination and award type remains the same. You can change the routing, dates, times, airlines, etc.

If you do change the origin, destination, or award type (like switching from a standard award to a saver award, downgrading from a business class award to economy award, etc.), the change fee is the same as it would be to redeposit — $150 for the first passenger and $25 for each additional passenger on the same record.

There’s one really cool exception to this rule, though, that most people don’t know. You can upgrade your award type to a higher class of service without paying a change fee — you’d just pay the difference in miles. 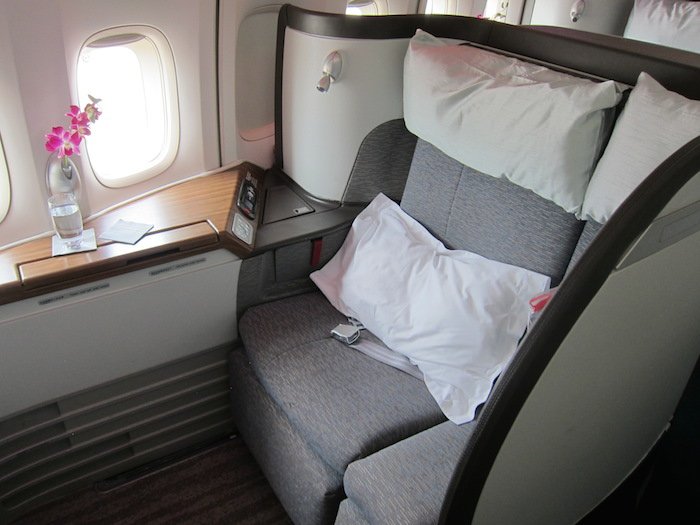 Say you book a Cathay Pacific business class award ticket from New York to Hong Kong 11 months out for 55,000 miles, and then a month before departure want to change to first class. You could upgrade for just 12,500 miles without paying any change fees.

This exception isn’t publicly published anywhere, but in my experience is offered pretty consistently. In the event you get an agent not familiar with the rule or unwilling to waive the fee, I’d suggest just hanging up and call again.

It’s a policy that not many people are familiar with — and that I even forget sometimes — but that can be incredibly valuable if trying to redeem for a longhaul award ticket.

With award space as limited as it is nowadays, it’s valuable to be able to “lock” something in far in advance and then tweak it as the departure date approaches. American, United, and US Airways all charge fees for changing flights, so American’s policy is by far the best.

It's no longer free to change award type. From AA's website: https://www.aa.com/i18n/aadvantage-program/miles/redeem/award-travel/award-travel.jsp Changes that require a different award type Changes to the itinerary which involve different AAdvantage® awards than originally ticketed require a reinstatement of the original award ticket, payment of the applicable award reinstatement fee, and a new award ticket issued You may not make changes to award types for an itinerary that includes an Economy Web Special award. While you can cancel and reinstate your miles, fees may apply The award reinstatement fee will be waived for Executive Platinum members using miles from their account

Hello - could this be updated with any data points as to whether people are still able to get the fee waived if they are not Executive Platinum? Thanks!

I would also be interested in finding out if this is still correct.