Yesterday a Twitter user asked me what liability a hotel has when you hold a reservation and their opening is delayed. It’s an interesting question, and one that I figured was worth addressing on a broader level, since there are many reasons you may not get the hotel room you paid for.

What can cause a hotel to cancel a reservation on you?

You probably assume that if you have a confirmed reservation then you’re actually, you know, confirmed. Unfortunately it’s not always that straightforward, as occasionally you’ll find yourself in a situation where a hotel is unable to accommodate your reservation. The three most common reasons for this are as follows:

There are no US laws regulating hotels not honoring reservations

When flights are oversold, the Department of Transportation has some laws in place regarding the compensation that’s legally required, even if the airline and passenger can often come to a “voluntary” agreement. However, there’s no US government organization that regulates hotels not honoring reservations.

That’s at least the case in the US, though there may be other countries that have stricter laws for innkeepers.

When there aren’t local laws regulating this, this just comes down to a contract dispute, meaning the only legal recourse you have is small claims court. However, that’s a bit of a PITA, so presumably you’d only want to pursue that as a last resort.

The other surprising thing is that the terms & conditions of most reservations don’t address this. They talk about the penalties that apply to guests should they cancel outside the acceptable window, but say little about the obligation of hotels.

Hotel policies differ on walking guests rather than canceling in advance

Major hotel chains have internal policies about walking guests (when there are more people trying to check in than rooms available). In general you can minimize your chances of being walked by:

In the event you are walked, each hotel group typically has guidelines in place for how to deal with this. For example, in 2013 LoyaltyLobby shared IHG’s internal guidelines for walking guests (I can’t guarantee this is still accurate, but just to give you a sense):

Marriott is one of the few hotel chains to publish guidelines for this, which they call their “Ultimate Reservation Guarantee.” It’s available to all elite members, and clearly outlines the compensation they can expect if a hotel walks them. I appreciate how publicly transparent they make this, while most other hotel chains only have an internal policy regarding this.

Hotels canceling in advance is trickier

For most hotel chains, internal guidelines about not honoring reservations are specific to walking guests. In other words, it only applies if they “walk” you day of, and not if they cancel in advance.

This is the situation that’s really tricky, and what the Twitter question was referring to. If you make a booking in advance and are told in advance that the hotel won’t be able to honor it, you’re sort of out of luck, at least in terms of your legal and contractual rights. There are no laws protecting you, and also the hotel policies for walking guests typically don’t apply under these circumstances.

In this event I think it’s reasonable to request:

99% of the time hotels are reasonable in offering that. Hotels are notorious for opening later than expected, and most of the time they proactively offer the above choices.

If you’re getting pushback from the hotel and they’re actually not offering anything for canceling your reservation, I’d reach out to the hotel’s corporate customer service department. Technically it’s not their responsibility, and technically there are no terms requiring them to help, but in practice they should be able to nudge the hotel to do the right thing.

Most countries don’t have laws regulating what happens when a hotel decides to cancel your reservation. So you’ll have to rely on their internal policies — for walking guests there are usually decent policies in place, while cancelations in advance are more complicated, since they aren’t typically treated in the same way.

You can minimize your odds of being walked by booking directly with the hotel, having status, and letting the hotel know if you’re arriving late. Meanwhile for cancelations in advance, you’ll want to try to negotiate with the hotel directly, and escalate to corporate as needed.

If you’ve had a hotel reservation canceled (either in advance or day of), what was your experience like?

James the cost to sue over a cancelled booking is nearly zero. You go to small claims court. Lawyers aren't permitted to either side so you don't have to hire one and the other side can't. That means the person representing the hotel will be just some guy who is unlikely to even know what the issue is let alone be fully prepared. In most states the limit for small claims is more than $5,000 and often $10,000 so unless you have a really unusual situation all that is required for you to prevail is to explain that your reservation was cancelled, what your damages are and the paperwork to back each of these up. That and the minimal filing and fee for service (giving the complaint to the hotel) are the only costs. Often less than $50, frequently much less, rarely more than $100 and if you win you get your damages, plus your costs and often a bit extra just for winning. Forget about consumer protection laws and all that. Unless they give you extra rights in court, which you can discover with a quick Google search, just sue the guys instead of arguing with them. It's faster, cheaper and far more satisfying to have a neutral third party, the judge, tell you your right and order the hotel to pay you. Best of all is when they don't pay. Somebody sued an airline in Oregon and when they didn't send a check he had a lien executed on one of their planes. The way that works is a sheriff shows up and slaps a piece of paper on the aircraft forbidding it from leaving the jurisdiction. That got their attention. They paid within an hour and the person got a good story to tell to boot. It's even easier to put a lien on a hotel. That clouds the title so as a practical matter they can't sell or refinance the building. All the time you are earning a great interest rate, often 12% or more on your award and after a few years you get interest on the accrued interest at the same rate. Pretty quickly a few hundred dollars can turn into thousands. So don't believe what's written in this post. It's completely wrong. If a hotel refuses to honor a reservation in almost all circumstances you have a strong case for breach of contract and an easy and inexpensive way to turn that into an award that is going to get paid.

"Letting the hotel know if you plan on arriving late, since they’ll often walk people in the order they show up" is supposed to help? How so? Are you saying they will walk someone who arrived before you because you let them know you'd be late but the other person didn't?

You did a post on Hilton Arc de Triomphe canceling on me while I was on my way to Paris. Your post helped me get a lot from Hilton: https://onemileatatime.com/reward-programs/hotel-rewards/hilton-honors/?utm_source=feedburner&utm_medium=feed&utm_campaign=Feed%3A+boardingarea%2Fonemileatatime+%28One+Mile+at+a+Time%29 Details of trip: https://travelsummary.wordpress.com/tag/hilton-honors/ 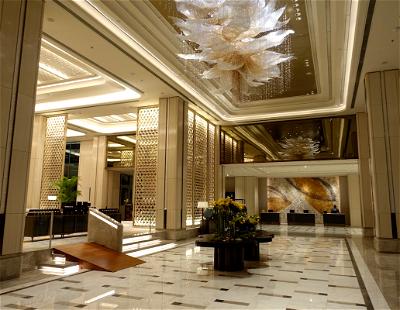 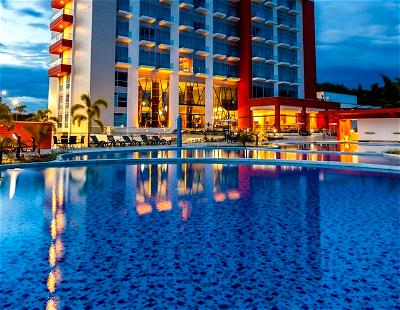 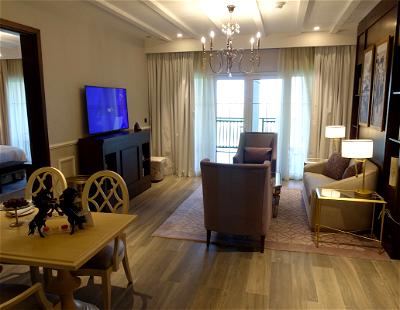 46
My Terrible Luck Reviewing New Hotels In The UAE…