It’s always interesting to see what expansion goals airlines have. That’s not to say that they’ll ever come to fruition, but I find it interesting nonetheless. For example, Oman Air and RwandAir have both stated their desire to start flying to New York, though I’d be surprised to see that happen for either airline any time in the next decade.

Well, they’re not the only ones who want to fly to New York. Biman Bangladesh allegedly also wants to fly between Dhaka and New York, via Manchester (Pakistan International also operates their flight to New York via Manchester). This is based on a future destinations Biman routemap that was shared by @airlineroutes. As you can see, they also want to fly from Dhaka to Sydney, utilizing their existing Dhaka to Singapore flight, and then adding a tag flight from Singapore to Sydney. 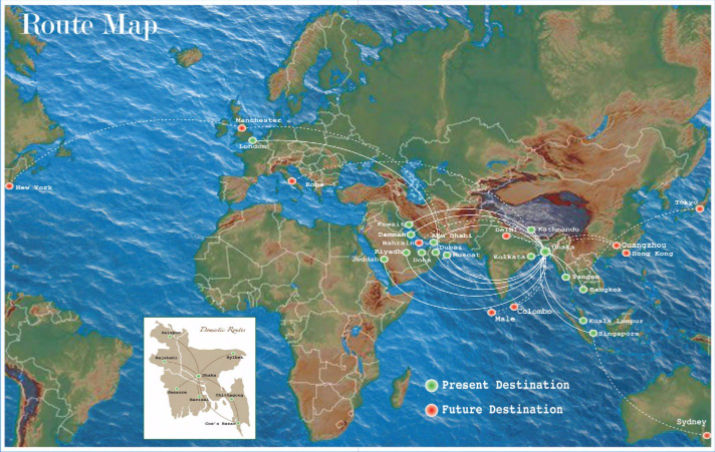 Biman has a fleet of just 12 planes, and their only longhaul planes are six 777s. They also have four 787s on order, which they’re expected to take delivery of in the next few years. 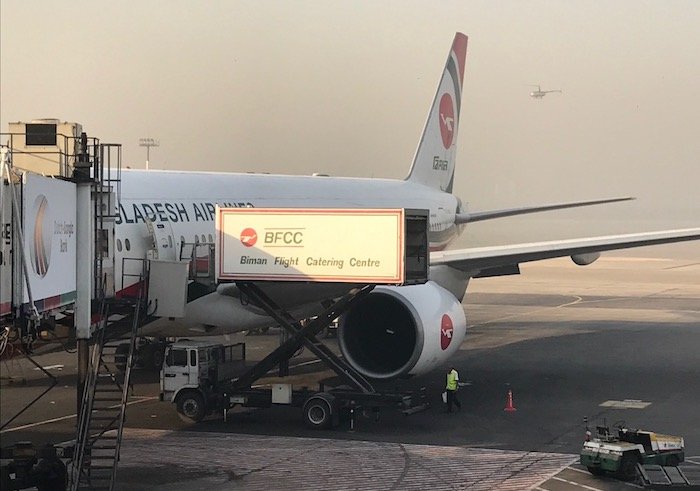 Biman Bangladesh flew to New York until 1996, but then had to discontinue service because they lost a Category 1 rating with the FAA, which is required to fly to the US. Apparently they wanted to relaunch the route in 2015, though decided against it, since it wasn’t economically viable.

I’ve been wanting to fly Biman Bangladesh for a while, and was going to take their flight from London to Dhaka, which stops in Sylhet. I was even in Dhaka recently, though ended up flying Kuwait Airways out of there.

I’ll be curious to see if this route ever happens. I can’t imagine the route has any chance of making money. If the route operates by way of Manchester they don’t actually have any competitive advantage over any other airline flying one stop from Dhaka to New York. Furthermore, while there’s some business travel to Dhaka, it’s not otherwise a very high yield market (as is clear based on the fares they charge for travel out of there).

So while I’d personally find this route to be pretty cool, I also think it’s highly unlikely…

Wonder which route they will take to JFK, if ever flying non-stop. Given the great circle route will not be possible due to the Himalayan hump, would they fly via Kunming China or would they fly like most flights on US-India route take, i.e. carefully navigate through middle-east airspace, then fly great circle up over northern atlantic?

Biman will not be flying to New York anytime soon. Restarting the JFK flight makes it in Bangladeshi papers from time to time, largely due to lobbying efforts by some people in the diaspora living in the East Coast. A few politicians bring it up on occasion since it was seen as a high prestige route. The route managed to lose money with corruption playing a main role. As mentioned, the ME3, Turkish, and now China Southern airlines means that even Bangladeshi’s in the US are unlikely to fly Biman thank to their chronic delays. The airline is a government run entity that operates under the 90s dot.com strategy of losing money on each ticket and compensating for it through volume. One note: Biman had and has a pretty decent safety record with their DC10s (and now B777s). I still refuse to fly them due to their determination to never be on time.