Cathay Pacific offers one of the all around most solid first class products, in my opinion. I don’t think they’re necessarily the best in any one area, but they’re one of the airlines that’s truly “solid” all around from the seat to the service to the food to the bedding to the entertainment to their lounges. 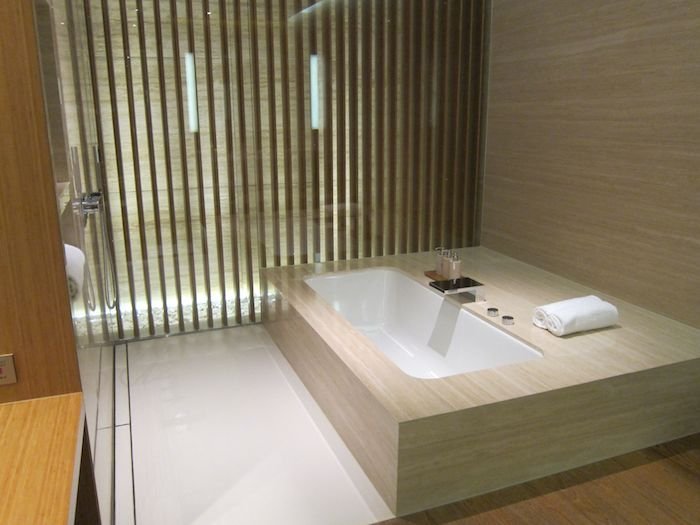 Back in the day a majority of Cathay Pacific’s longhaul fleet consisted of 747s, though over time they’ve retired 747s to the point that it’s mostly just 777s they’re flying longhaul.

And only a subfleet of those 777s feature a first class cabin.

So, what are the best seats in Cathay Pacific’s 777 first class? 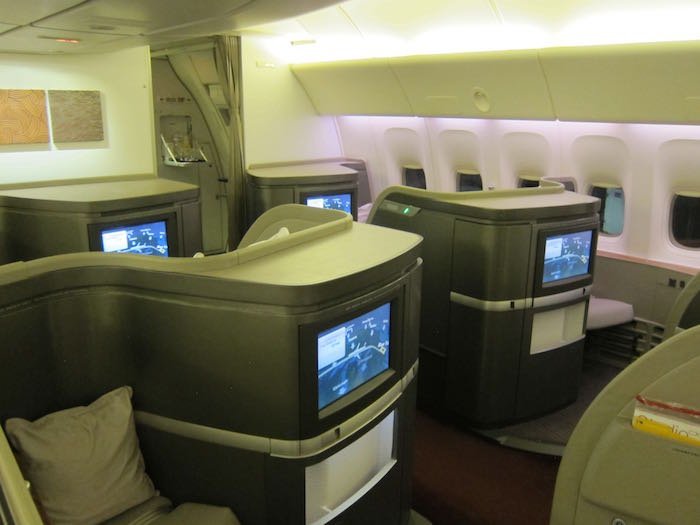 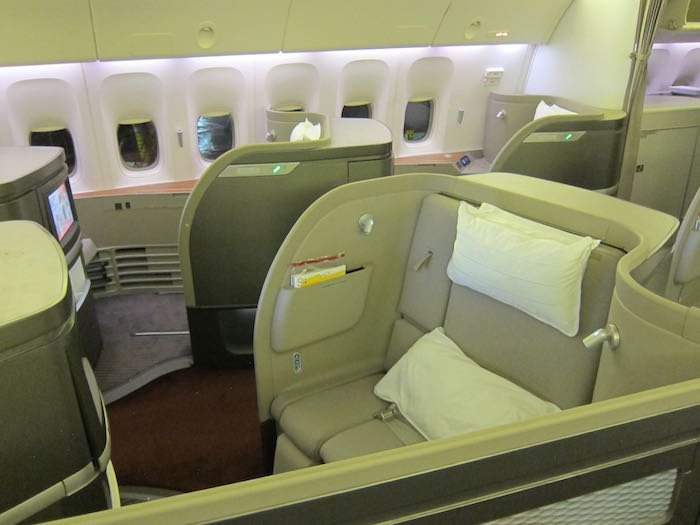 But Cathay Pacific’s first class seats are in my opinion among the most comfortable in the sky. They’re not fully enclosed suites, but they’re private, spacious, and extremely functional both for relaxing and sleeping. 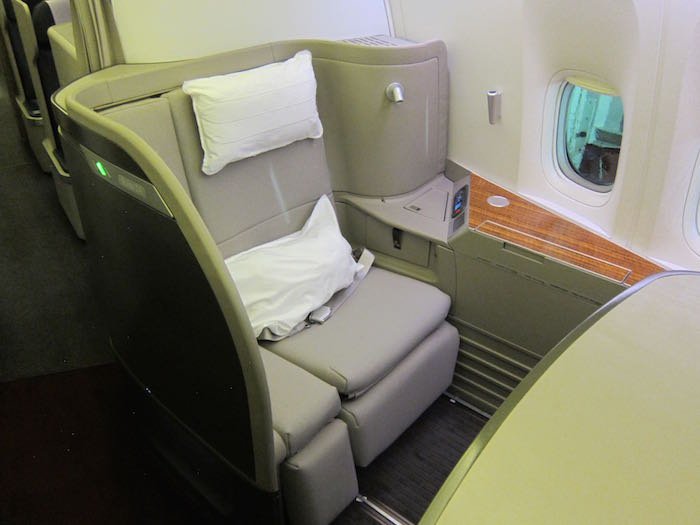 Each seat also has an ottoman, which can be used as a buddy seat. So if you want to dine with someone else, they can sit there quite comfortably. 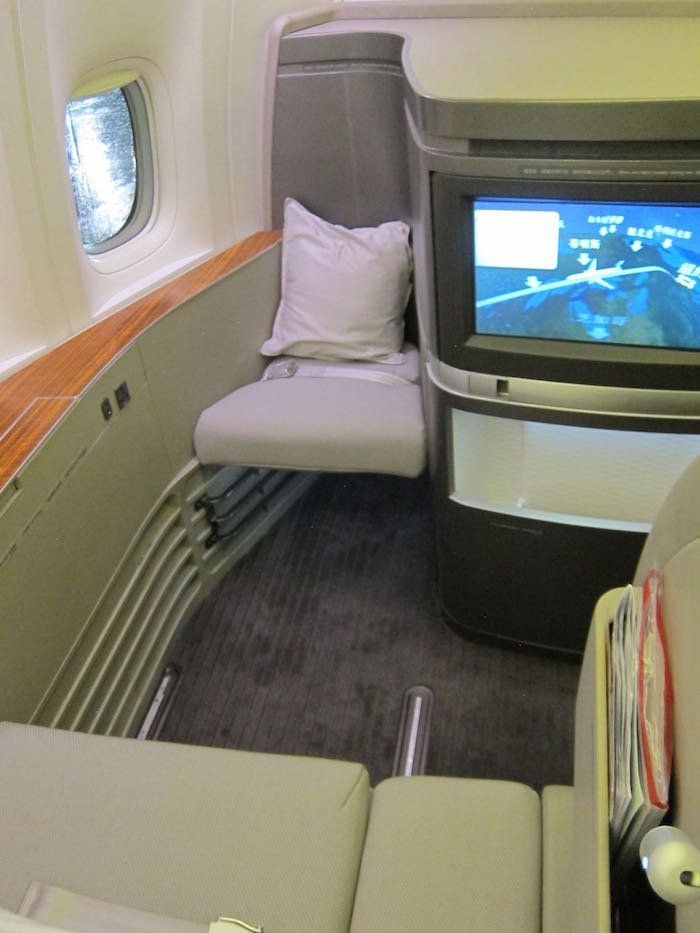 My seat of choice in Cathay Pacific first class is 2A, followed by 1A. The reason is simple — the left side of the cabin just feels more private since the center seats are facing the other aisle. Therefore you just see a “wall” in the center of the cabin, so you hardly even know the other four passengers are there. 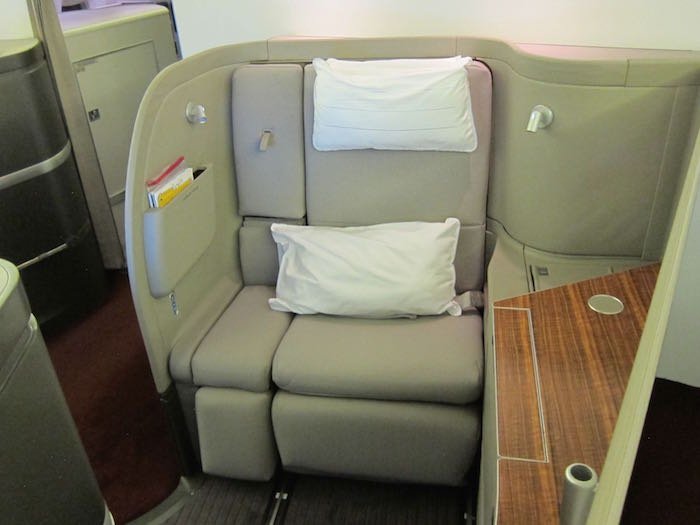 Keep in mind that Cathay Pacific also has “thick” curtains between first and business class, so you don’t see any light from business class (unfortunately they don’t have such curtains on US airlines).

Cathay Pacific’s 777s are one of the few planes where my seat recommendations are the same whether you’re traveling alone or as a couple.

Conventional wisdom would suggest you want seats 1D & 1K or seats 2D & 2K (a center and window seat combination facing the same aisle). But in practice I disagree.

Why? Because if you’re seated across the aisle from one another, you’re not actually close enough to talk. And the center seats are kind of boring, since you have no windows.

Fortunately it’s still easy to socialize and even dine together thanks to the “buddy” seat. So I still think you’re better off selecting the best single seats, and then just dining together on demand. 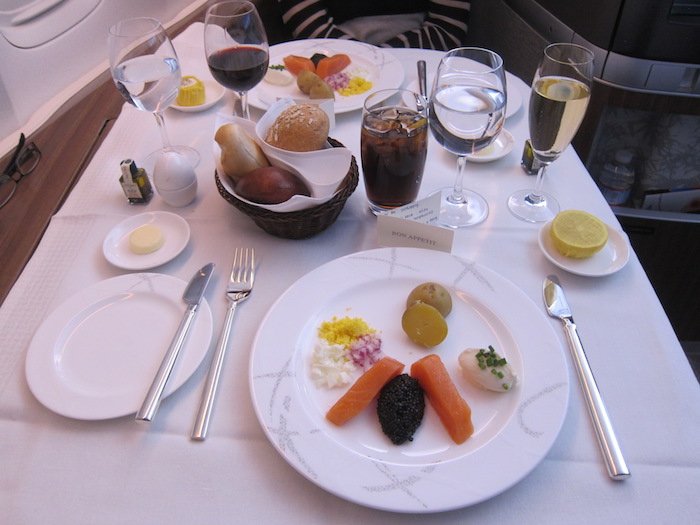 This makes 1A & 2A especially advantageous, since you literally have the entire aisle to yourselves.

Cathay Pacific first class is one of the most solid products out there. In a way the product is almost too spacious if you’re traveling with someone, since there’s no way to really talk while being seated in your respective seats.

As a reminder, keep in mind that seats 2A & 2K typically can’t be assigned online, and instead you have to call to reserve those.

What are your preferred seats in Cathay Pacific first class?

Hi Ben, can I ask if I am flying First to HKG but the next segment is business class can I access the first class lounges? it is difficult to find the whole length of the trip first class since to Japan they only provide this service to HND not to mention costly via redemption. My main motivation for trying Cathay is to enjoy the famous lounges at HKG as well as the positively reviewed flight experience Many thanks Adriana

Just now... selected 1A online but 2A was blocked of course. Singapore call center gave 2A to me no questions asked, months prior to departure.

Of the 2 times I've been in 1K (and there will not be a 3rd) -- I can never sleep due to non-stop noise coming from the forward galley. I actually have gotten better sleep in 2D than anywhere else. I'd be interested to hear what are others' experiences. Thanks! 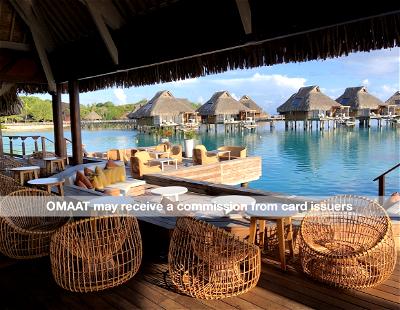 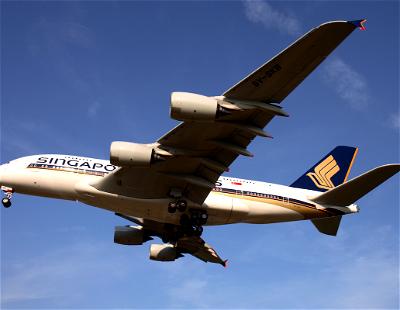