13
Share
Tweet
In the interest of full disclosure, OMAAT earns a referral bonus for anyone that’s approved through some of the below links. The information and associated card details on this page for the Bank of America® Travel Rewards credit card has been collected independently by OMAAT and has not been reviewed or provided by the card issuer. These are the best publicly available offers (terms apply) that we have found for each product or service. Opinions expressed here are the author's alone, not those of the bank, credit card issuer, airline, hotel chain, or product manufacturer/service provider, and have not been reviewed, approved or otherwise endorsed by any of these entities. Please check out our advertiser policy for further details about our partners, and thanks for your support!

All card issuers have different ways that they deal with people trying to “game” the system. Obviously card issuers want to encourage profitable behavior, so they do what they can to create policies that maximize the odds of that.

There’s no doubt that by adding these restrictions they’re missing out on some potentially profitable customers, though there’s a balance there.

The major restrictions card issuers have

Just to look at some of the basic rules that are generally out there among various issuers:

Well, it looks like Bank of America implemented a new rule for their credit card applications in January. Historically Bank of America has been pretty lax when it comes to their rules, so this is a significant change.

Their major rule was known as the 2/3/4 rule, where they would typically only approve you for two cards every two months, three cards every 12 months, and four cards every 24 months.

They’re now adding a further restriction to that. Bank of America has introduced a new 24-month rule on many applications.

For example, the terms for the popular Alaska Airlines Visa Card now say:

This card will not be available to you if you currently have or have had the card in the preceding 24 month period.

This rule doesn’t yet appear on all Bank of America cards. For example, the Alaska Airlines Business credit card doesn’t have the same language as the personal card.

As you can see, while it also has a 24 month restriction, it says that you can get a second card as long as you’ve had one for at least 24 months.

It’s not surprising to see Bank of America crack down here, given how many Alaska Visa Cards many people had. With Bank of America you’ll want to look at each individual card application, since different cards seem to have different restrictions as of now.

Will you be impacted by this new Bank of America 24 month rule?

How can you call this 'gaming' the system when we were playing by the rules? I think this sucks.

Thank you kindly for sharing this. I can still obtain my Alaskan Airlines Business Visa. I have completely cut ties with Citi after them not awarding the 70K business miles for $4K in purchases in 4 months. I forgot about a "Citi" business card I stopped a long time ago and I can't find my date of closure. My total was near $5K. No one from Citi told me this prior to spending the $4K plus. It was only afterwards that they notified me of the issue. I have been with them for over 25 years religiously using their cards. I was told I should have read the fine print. Who thoroughly digests this information? Converting entirely to Barclays, Alaskan Airlines and Chase. I have spent over 1 million dollars with them in the 25 plus years and I considered this a slap in the face! Thanks for your post! Mike Hinshaw NomadicTexan

So this is only referring to new card holders right? I've had my BoA for 2 years come this June now, and I've been given no notice of policy change. 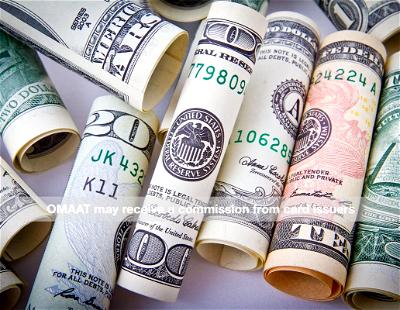