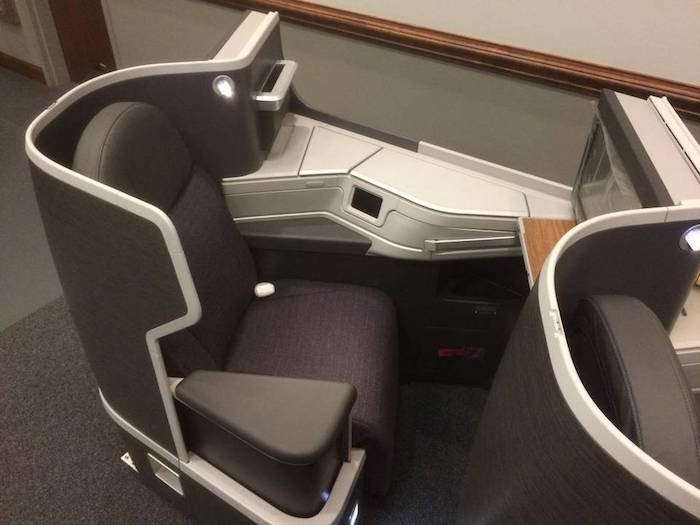 There are several things that I found strange about this: 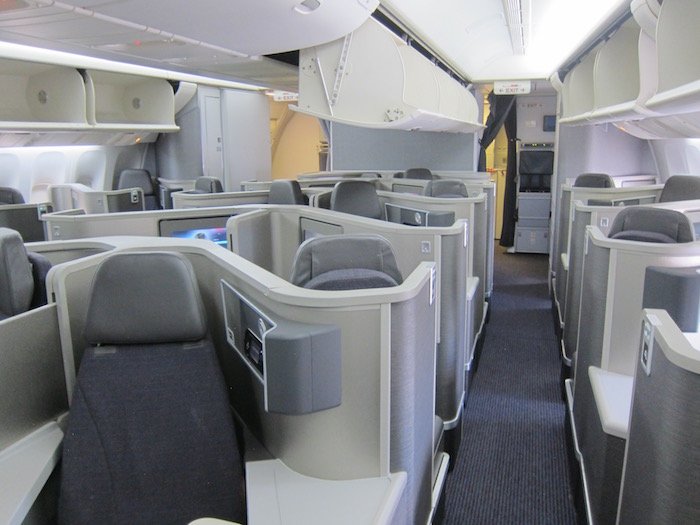 One of my biggest issues with American’s longhaul fleet is that there’s no consistency as there are so many varieties of their business class seat, and with this change there’s yet another configuration.

At first I thought American only changed the business class cabin on their 777s, though as it turns out there’s one other major change American made. 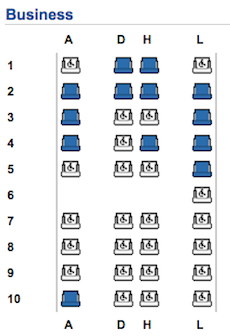 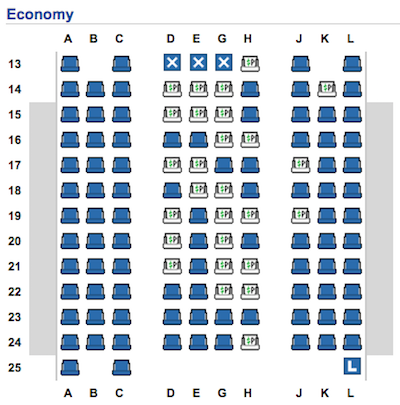 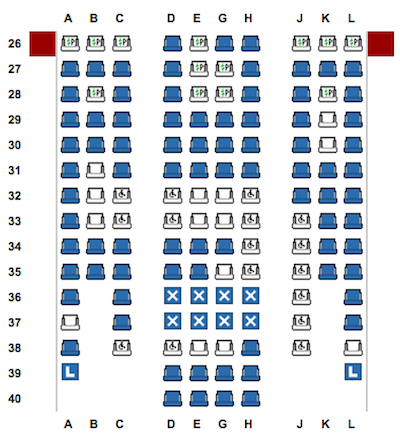 Meanwhile here’s the seatmap for their previously reconfigured 777: 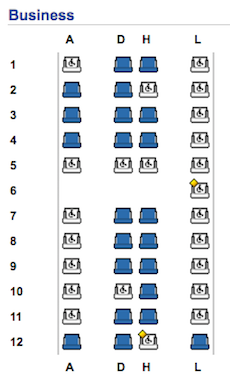 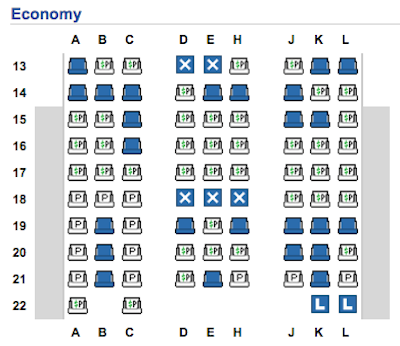 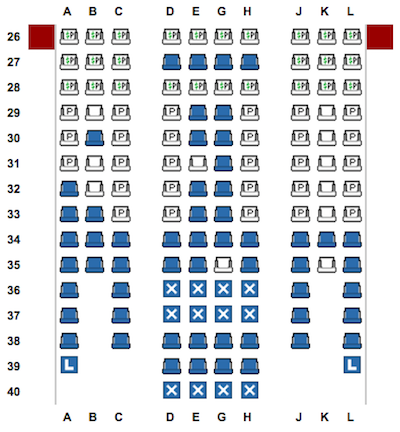 I guess that explains why American was in such a rush to start reconfiguring their 777s. Not only do the new 777s feature fewer business class seats, but they also feature significantly more economy class seats.

Just flew this aircraft the other night from MIA to SCL in J. I had Seat 7L, which I selected when I thought the aircraft was going to have the old new configuration. Seat itself was fine. Your legs go quite far under the side of the seat in front, but the space was not restrictive. Two notes about 7L: 1) there is only one window; and 2) there is no curtain blocking light from the galley and entrance/snack bar area. If you do not like sleeping with eyeshades, you will find it to be very disturbing.

So expected fewer business class seats for purchase or upgrade and expect a much tighter economy cabin. OUCH!