Some of you may remember United’s first big viral story of the year, which revolved around a United non-rev being denied boarding for wearing leggings on a flight.

For those of you not familiar, a non-rev is an airline employee, or a friend or family member of an employee, who is traveling using the privileges given to airline employees, typically on a space available basis. The exact fees and restrictions associated with this vary by airline, but at some airlines employees can travel for free in any seat, while at other airlines there are small fees involved, restrictions on which cabins people can travel in, etc. It’s worth noting that those redeeming miles for tickets aren’t “non-rev” passengers, even though you’re technically not paying cash for a ticket.

Well, as noted by kellzbellz on FlyerTalk, American has just eliminated their dress code for non-rev employees, including those traveling in premium cabins. Perhaps more accurately, it’s now more or less the same for revenue and non-revenue passengers. Here’s the new policy, per TWA844:

For most of us, being comfortable in flight extends to the clothes we wear. American doesn’t have a prescribed dress code for our non-revenue guests. So, as long as your clothing is neat and clean and doesn’t offend or distract, you’re good to fly in any class (including premium cabins). If you’re looking for more specifics, here are a few:

The biggest change here is for those wishing to travel in premium cabins. While American’s economy dress code has long been relaxed, previously they didn’t allow shorts, beach footwear, jogging suits, athletic gear, and baseball caps, in premium cabins. Going forward, all of those items are fine. 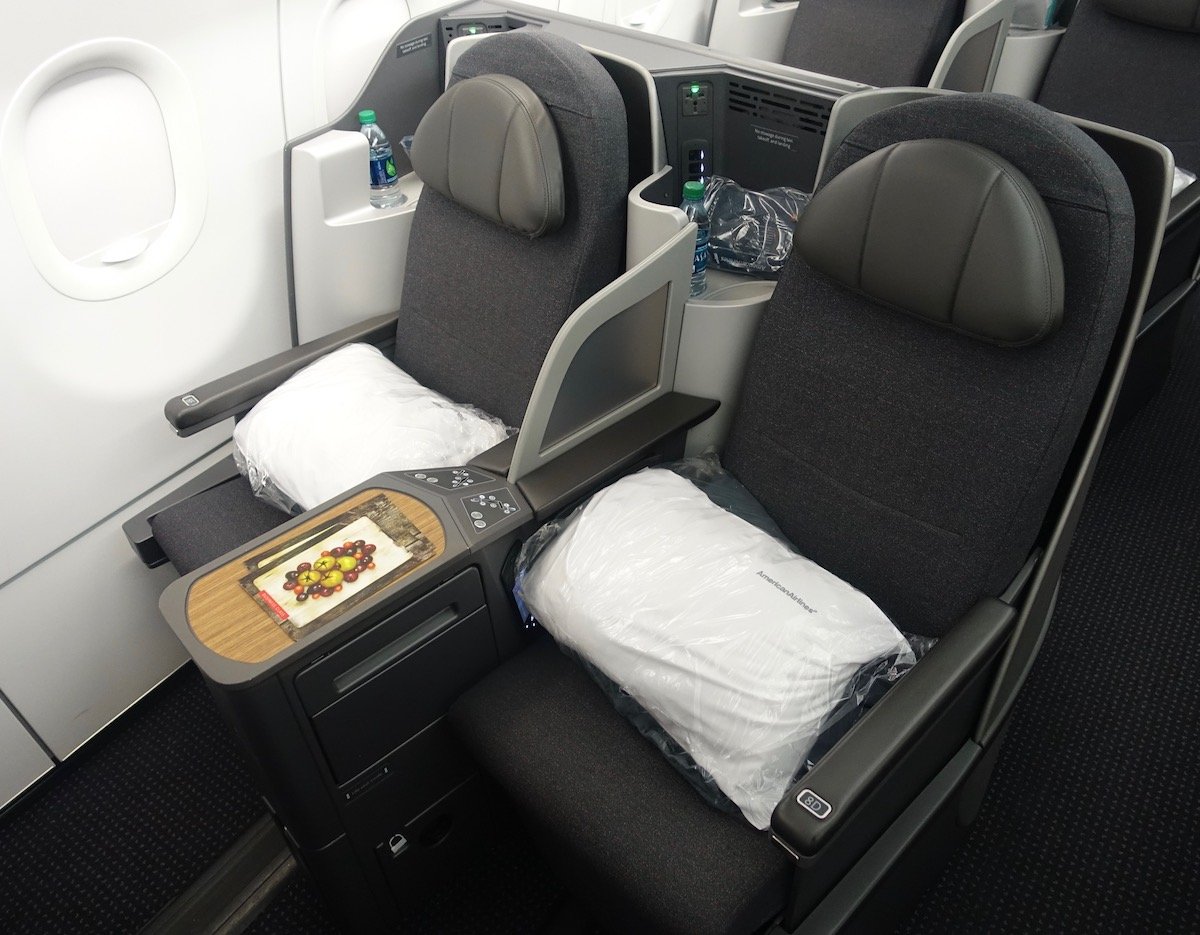 I can see both sides here. On one hand, you’d like to think that those traveling with their privileges put their best foot forward and aren’t actively slobs. Then again, you can’t typically tell who is a non-rev and who isn’t, so I’m not sure the argument that they should be ambassadors for the airline really flies.

Even though crocs are now allowed for non-revs in premium cabins, please don’t wear them, regardless of who you are. Please.

i'm glad the dress code is more relaxed. in the past I was the only passenger in long pants,shoes, sport jacket flying out of the carribbean (same with Hawaii). on a midnight flight trying to get to my brother's funeral, I was pulled from the jetway because my shoes had white soles. changed into my black dress shoes right there with everyone around me giving strange looks. there are too many variables to set one dress code. so, the code to me is dress appropriately for the flight you are trying to take. think: destination first, distance, time, class, purpose of your travel and respect to those around you. you can be comfortable and smartly dressed at the same time. be thankful you got on the flight and this perk is still available. smile even if you're given the middle seat. NOT looking like a homeless person goes a long way.

Glad to see the relaxing of this requirement. Working in sales for a regional airline always required a tie and sport coat, even when traveling on leisure. It always grabbed me a first class seat, but of course those were the days before elite status had taken over, so us non-revs were always flooding the cabin up front, even internationally, with the exception of a few revenue passengers. I think the airlines wanted us to make a good impression on their revenue passengers. Now a days non-revs are coach bound, and then lucky to grab even a middle seat, so who cares anymore? I know the added dress comfort is much appreciated. All this talk about dress up/dress down reminds me of one of the most memorable non-rev flights of my life when some of my co-workers from Aspen decided to meet up for a weekend jaunt to Puerto Vallarta. Checking the loads I had found a Western wide body flight that was booked to "0" in First and shared it with everyone. So we all decided to meet up in LAX for this flight. After the flight had boarded the only people left in the gate was a few of us from the Aspen station and about 40 other guys wearing ties and sport coats/gals wearing their finest dresses (sort of hesterical when you think of it -- all dressed up and heading to a top Mexican beach town?) Then the Western gate agent began to clear us all AND WE GRABBED OUR BOARDING PASSES & RUSHED ON BOARD. At first the DC10 first class cabin was completely empty, but we filled it up fast! It was now packed with all non-revs dressed to the nines, not one revenue passenger. The door closed and the booze was flowing before we even left the gate. Once in flight everyone was out of their seats making new friends, exchanging phone numbers, exchanging where they would be staying, so we could continue the party once we landed. CRAZY FUN TIMES INDEED! We worked hard, were paid very little by our respective airline, but we cherished our fight benefits, so the dress-up was not burdensome at all. What fun we had on that Western Airlines fight... even the flight attendants had the time of their life! It will never be repeated by anyone. Now I travel up front on miles, don't meet near as many fun people but I too enjoy the game of spotting non-revs at the gate, and especially enjoy the privilege on rare occasions to be seated next to one in a premium cabin.

I pay for my ticket and I dress how I want. Given the absurd security theatre at airports, that means nothing that needs a belt, and nothing with metal fixings (like dress shoes). And if I'm spending 15 hours in a low pressure tube I also don't want anything close-fitting let alone elasticated. So I'm left with linen drawstring pants and things like lightweight technical wool T shirts and hoodies. It's anyway the embarrassing and intrusive garbage that surrounds flying that has forced all of us to dumb down. I dress how I consider appropriate, and assume others do the same. "Dress code". Even the concept is 1950s.