American Airlines has just added a bunch of seasonal winter routes to warm weather destinations, and my goodness there are some interesting new options…

It’s a new world we live in, plain and simple. Airlines have radically changed their approaches to route planning, given the lack of business travel, along with the ever-changing international travel restrictions.

As airlines start to build their winter schedules, we’re seeing a consistent theme — airlines are adding point-to-point routes to warm weather destinations. Essentially every airline is looking a little bit like Allegiant when it comes to route planning.

What kind of routes are we talking about? Just to give a few examples of routes that have recently been announced:

Well, American Airlines is the latest to add leisure routes to warm destinations, as the airline has loaded new flights into the schedule to Arizona, Florida, and Mexico.

This winter, American Airlines is adding new routes to warm destinations, including:

Let’s take a look at the details of these routes:

American Airlines is adding new routes to Mexico between December 2020 and April 2021. The airline will add service to Cancun from the following cities:

The airline will add service to Cabo San Lucas from the following cities:

The airline will add service to Puerto Vallarta from the following city:

I have a couple of thoughts here:

American Airlines is adding new routes to Miami between November 2020 and April 2021. The airline will add service to Miami from the following cities:

American Airlines is adding new routes to Phoenix between November 2020 and April 2021. The airline will add service to Phoenix from the following cities:

With the coronavirus pandemic far from over and business travel nowhere near a recovery, airlines have limited options for where they can fly their planes.

American Airlines just added about two dozen winter routes, which follow the industry trend. The airline will operate point-to-point routes for people looking for a bit of sun. The routes are all either domestic or to Mexico, where travel restrictions are relatively limited, at least as of now.

What do you make of American’s route additions?

Saturday only flights are for the benefit of people who primarily work monday through friday and want to take a weeks vacation. They can leave on a saturday and return on a saturday. It frequently coincides with cruises and time share weeks. So it is geared to leisure travelers. Most of these routes would be unsustainable on a daily basis even in good times.

PHX-PIT is not new at all. (It went away for Covid obviously but 1x daily is a reduction in service not an addition) AA has been flying that 2x a day for ever (US pre merger, and US and both HP flew it pre their merger) as an Arizonan who is a native Pittsburgher I fly that route all the time and have been anxiously awaiting its return since it was suspended for Covid, so I guess I'm happy but I'll be happy when it's back to 2x daily. They were even using an A320 for one of the flights pre covid, not A319s.

Thank you for the clarification, @Sam. 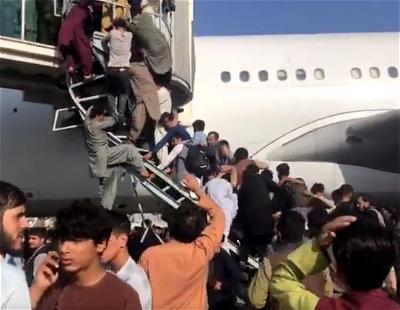