Reader Jacob asked the following question in the Ask Lucky forum, about visiting the cockpit when flying on an airline:

Hi! I recently did a round trip ORD-SLC on American Eagle operated by Envoy in F (CR7) . On the flight back, I got in a conversion with the pilot as the crew was in the cabin. The pilot then asked if I wanted to go up in the flight deck. I happily said yes and spent a good 20 minutes up there just before the boarding door was closed. I’m writing this question as I’m wondering what the rules are on going into the flight deck in the future. Thanks!

For most airlines, long gone are the days where you can visit the flight deck inflight, and possibly even sit in the cockpit for takeoff and landing. Several years back I was on a Thai Airways flight and asked the flight attendant if I might be able to visit the cockpit after landing. To my surprise she returned 10 minutes later and said “how would you like to visit now?” I was floored, and spent about 20 minutes in the cockpit while we were enroute to Bangkok. It almost felt scandalous, given that I’m so used to the post-9/11 security mentality. 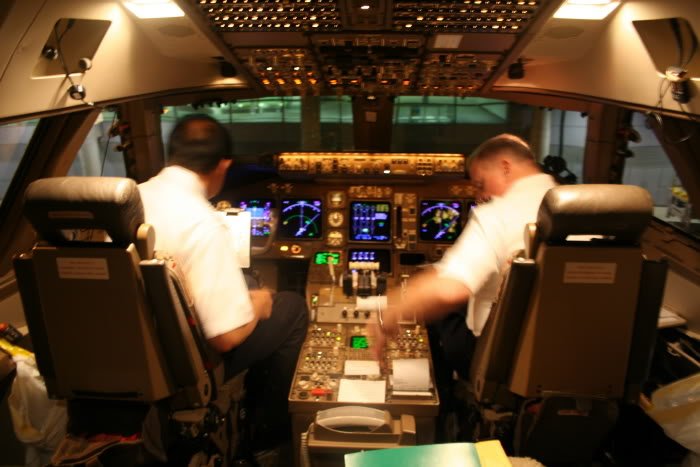 But even for airlines which were previously lenient about inflight visits, I suspect they’ve gotten even stricter lately, following the Germanwings crash last year. For the most part even pilots can’t freely enter and exit the cockpit inflight anymore.

To answer Jacob’s question, the good news is that for the most part you can still visit cockpits, regardless of whether you’re traveling with a little kid, or just a little kid at heart. There are a few things to keep in mind:

It’s worth noting, however, that the policy for cockpit visits varies by airline. For example, Qatar Airways has a strict policy against passengers visiting the cockpit, including before and after the flight. Meanwhile Emirates has a policy where you can visit the cockpit at the captain’s discretion, though only after the flight, since they’re busy before departure. Other airlines (like American, British Airways, Delta, etc.) allow them at anytime while at the gate at the captain’s discretion.

In general I’ve found US and European airlines to be extremely accommodating of cockpit visits. The same is true on some Asian airlines, though at times I’ve found the request can be lost in translation, as they’re sometimes a bit confused why an adult would want to visit the cockpit.

Then again, the requests that seem completely normal on some Asian airlines do sometimes leave even me confused. Recently in the LAX immigration hall I saw a family come up to the pilots from their flight, shake their hands, and then each get an individual picture with each of the pilots. A dozen pictures later, everyone was on their way… 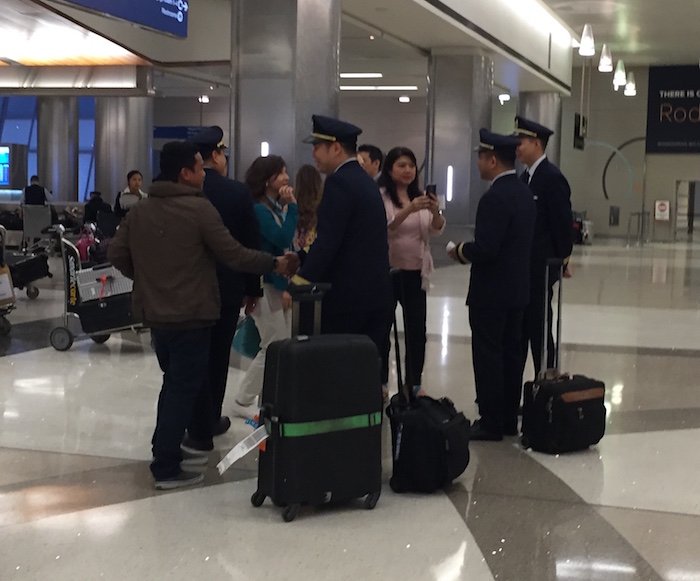 Despite all the security procedures in place nowadays, cockpit visits are still very much possible on most airlines. Just be sure you ask the flight attendant first, and be ready to take “no” for an answer if the pilots are busy and/or not very social. If you are invited, be mindful of the pilots’ time, and ask before snapping pictures.

What has been your experience with visiting cockpits on flights?

It's really hard to believe that they actually still allow this, especially since a child caused a crash of an Aeroflot plane! Talk about being irresponsible and totally without regard to safety or security. Apparently, the airline industry has learned nothing at all from the past.

I was lucky because my dad was in business in Qatar and told the cabin crew that I am an airplane geek and I would love to visit the cockpit, so after the flight the Capetian let me see the A350 cockpit and take a picture with him.

I give a printed request, including a short personal bio, to a flight attendant when boarding. It is in an open envelope addressed to the flight crew and I give the flight attendant permission to read it. I do have special qualifications such as having a top secret security clearance when I was in the Air Force Security Service and I am currently an Auxiliary police officer. Also I am a retired commercial pilot and flight instructor. The crews of Norwegian Airlines are very gracious. On a charter flight from the U.S. to Punta Cana this year I was invited into the cockpit after landing. The captain even gave me a newspaper article about his daughter's history of becoming an Aer Lingus pilot. When all the passengers disembarked the captain carried my bag off the plane for me. About an hour into the five hour return flight the cabin attendant informed me "The captain would like to see you in the cockpit." I occupied the jump seat and the first officer even took selfies of himself, the captain, and me with my camera. My mother's parents were born in Norway. Scratch one item from my bucket list. 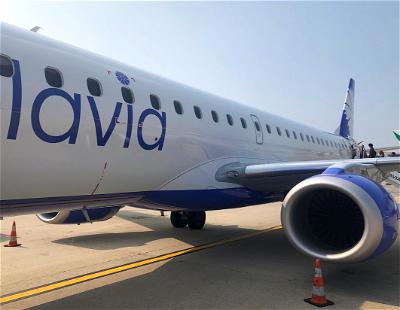