Yesterday I wrote about how President Trump had a meeting with several airline CEOs, including those from American Airlines, United Airlines, and even Qatar Airways. One of the topics of conversation was subsidies for Gulf carriers, which the US airlines just go on and on about.

This was a closed meeting, so unfortunately we don’t officially know that much about what happened, if it was catered by McDonald’s, etc. However, there are now some reports of how the conversation went, and it sounds like it may not have gone as planned for US airlines.

Trump was angry that Bastian wasn’t there

Delta’s CEO, Ed Bastian, couldn’t attend the meeting. That’s a bit surprising, given that he’s the most vocal about the Gulf carriers, so you’d think he would have done absolutely everything in his power to be there.

A Delta spokesperson claims he wasn’t there due to travel that he wasn’t able to reschedule:

“Ed unfortunately had some previously scheduled travel that he was unable to reschedule. He is appreciative of opportunities … to discuss this important issue with the president and members of the administration. Delta remains 100% committed to leveling the playing field in international aviation.”

But that’s not how it was perceived. A senior White House official said:

“The real story is that Delta refused the invite. That didn’t help their cause.”

Apparently Trump brought up several times during the meeting how Delta’s CEO wasn’t there, and Qatar Airways CEO Akbar Al Baker also pointed out how he flew all the way from Qatar to be there, while Bastian couldn’t even make the trip.

US airline CEOs were surprised Al Baker was there

Sources suggest that the US airline executives in attendance were “shocked” when they found out that Al Baker was invited to the meeting, given the topic they were hoping to discuss.

It’s also reported that White House trade advisor Peter Navarro wasn’t happy about Al Baker being there. A White House official had the following to say:

“The president expressly wanted the Qatar CEO as he wanted a variety of perspectives, as he always does.” 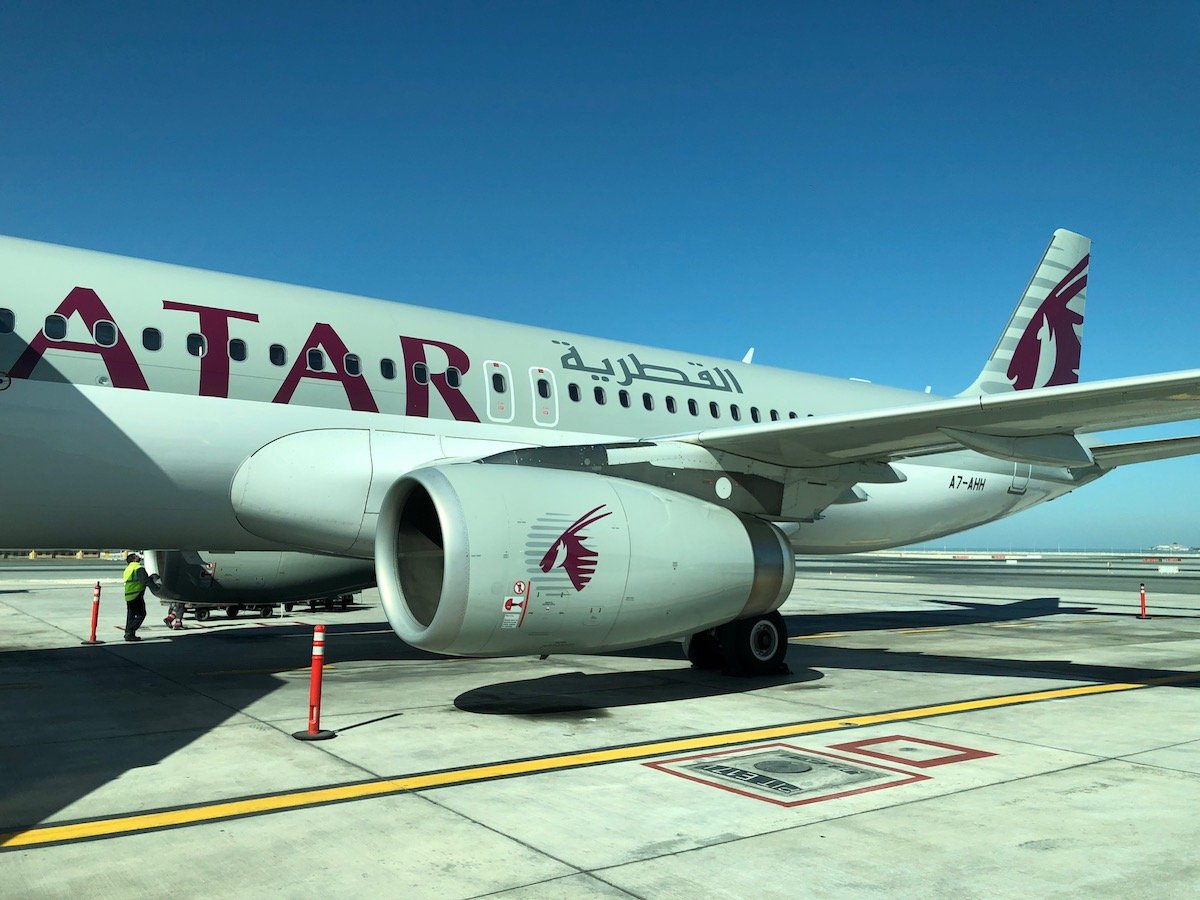 The resolution from the meeting? Qatar Airways, Emirates, and Etihad have to stop service to the US effective immediately, and have to pay US carriers $50 billion for the illegal subsidies they’ve received over the past decade.

President Trump told US carriers to just go through the normal process of filing a complaint through federal regulators:

“The outcome was to encourage the aggrieved U.S. carriers to use the mechanisms available in law to adjudicate their grievances. That outcome would have been the same without Qatar being there.”

Of course despite nothing coming of this, US airline CEOs are still putting this meeting in a positive light. American Airlines CEO Doug Parker said the following:

In fairness, at least they got a meeting with Trump over this, even if it went nowhere, while Obama wasn’t open to having a meeting on this.

For more on the Gulf perspective of this, see what Emirates President Tim Clark had to say about the meeting. 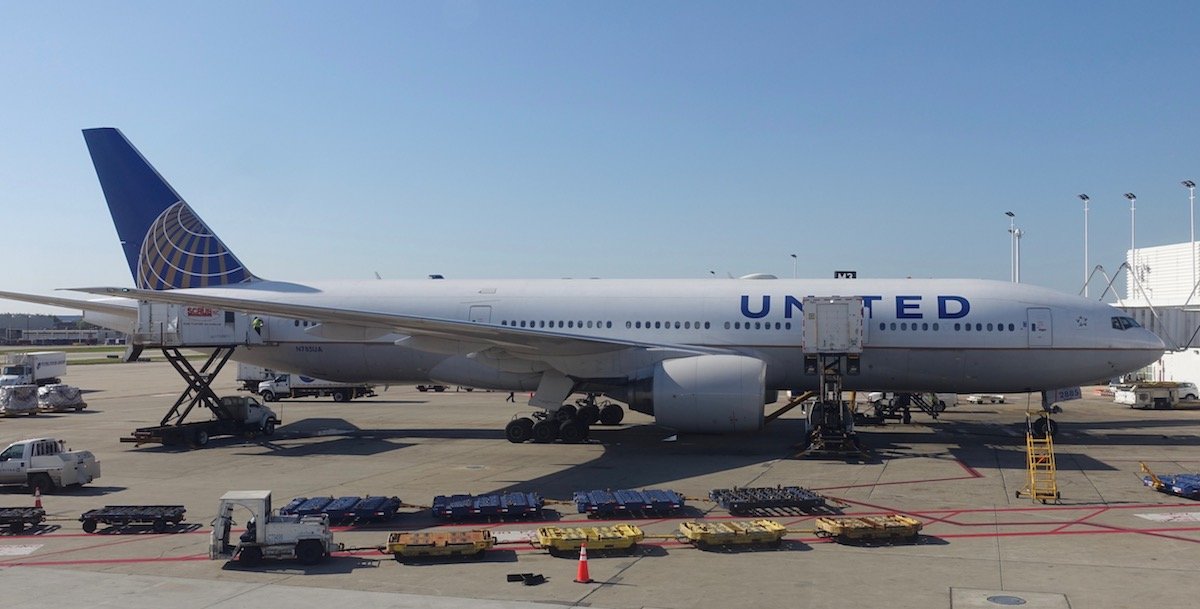 Despite Trump’s “America first” agenda, it’s pretty telling that he didn’t take any action, but rather told US airlines to just go through the normal processes, which likely won’t lead anywhere.

Boy how I would have loved to be there to see this, though. I can just picture it:

“Mister Donald, I flew all the way from Qatar to be here, and Mister Ed couldn’t even fly one of his old sh*t aeroplanes here from Atlanta.” *smirk*

How many comments here bashing the US airlines, or arguing against them, criticizing them or praising the ME3 are just trolls for those companies, or for the middle eastern airlines ? It's the old 'the poster doth protest too much'

@Angelo I live in Dubai since 16 years and I can assure you that the two UAE carriers work with open books. Their accounts are audited by third parties according to international standards. But there's more into this. Dubai doesn't live thanks to Oil since year 2000 (approx) and due to the size of its airline, can't possibly subsidize it. On the contrary, EK is distributing profit to Dubai. So for a fact Emirates isn't subsidized. Etihad, due to the past years losses (each time I read the numbers I start shivering) if it was subsidized then it would be either profitable or at least not in such a huge loss. Moreover it has dramatically reduced the routes, hence it can't be possibly seen as a threat in my view. For instance I fly to Dallas and Etihad has stopped that route since more than one year back. Now there's only one left. Qatar Airways. We are now on year three of the blockage. I cannot fly via Doha from the UAE since 2017. Neither anybody can from Bahrain, Saudi Arabia and Egypt. The airline is not making profit and in fact it has been hit bad by the current situation. US airlines have been in profit for the last few years and in fact they've been in excellent health. Funny enough the most profitable has been Delta which is the one that has complained the most. Do you want to laugh further? I live in Dubai and I fly via London because direct flights are simply unaffordable for me for the long routes. So 90% of my business goes to BA and AA and I am very very pleased with the value for money. So I hope this answers the doubt of the competitive advantages the ME3 are thought to have on the US3.

Gulf carrier should not have a competitive advantage to US carriers and it does cost US jobs. But as an 36+ year employee of one of these US carriers I have witnessed these same CEO's that are crying to President Trump outsource ten's of thousands of US Aircraft Maintenance jobs to third world countries, and looking to increase that number every day. This is not being done because the work is done better in these countries but because it pads the bottom line of these airlines. Not only does it cost jobs it creates security issues. As for American Airlines it has no problem taking this so called dirty money from Qatar Airline at JFK Airport. If they are looking for help from President Trump or anyone else in Washington they should only receive such help when they start to bring back the jobs they outsourced. My suggestion to these CEO's, before you pass judgment look in the mirror. Also why don't you let the US flying public know where you take your aircraft for major overhaul. I'm sure it won't give them comfort flying having that info.