Exactly two weeks ago airberlin filed for insolvency, after Etihad withdrew their financial support. The airline had been struggling for years, but just couldn’t turn around fast enough. The German government has given airberlin an emergency loan of 150 million Euros, which is expected to last them for a few months.

However, it sure looks like sometime in the coming months the airline will just be sold off into parts, rather than miraculously restructured. I feel terribly for all the employees who have spent their career at the airline, only to be in a situation where their airline could be shutting down any day.

Airberlin’s potential shutdown also leaves a lot of passengers with tickets booked on airberlin in limbo, since we don’t know when routes will be cut, and if/when the airline will cease operations altogether. Just a few days ago I wrote about how airberlin adjusted their winter schedule somewhat, where we saw a few routes and frequencies canceled as of October 29, 2017.

German blog Reisetopia notes that airberlin has stopped selling seats on longhaul flights out of their Berlin hub as of October 1, 2017. Specifically flights from Berlin to Abu Dhabi, Chicago, Los Angeles, Miami, New York, and San Francisco, as well as flights from Dusseldorf to Boston, have been “zeroed out” as of October.

While it’s not an official announcement, I think it’s perfectly clear what this move means. It’s not surprising to see airberlin shutting down Berlin routes before Dusseldorf routes. Despite airberlin’s name, their primary hub has long been Dusseldorf, and in many ways they’ve really been screwed by the disaster which is Berlin Brandenburg Airport.

I imagine we’ll get some sort of official communication from airberlin soon, but it does look like some of their longhaul routes only have about a month left, at most.

Is anyone booked on an airberlin longhaul flight out of Berlin in October or later?

Both my sister and parents had flights via Air Berlin cancelled Berlin-Chicago roundtrip. I wonder if you've reached out the airline representatives to ask WHY on earth did they not inform passengers of flights being indefinitely cancelled? Both my sister and parents found out by checking on their flights online and seeing that Air Berlin simply deleted their return flights to Chicago. No email, phone call, press release, nothing. I understand the concern for their employees losing work, but what about all of the passengers they've left stranded without even so much as an email letting them know their flight has been cancelled?

@brian guessing that the "best" option is to rebook both flights w other operator. advising to buy asap or wait until tomorrow, do other operators prices will escalate/exploit..?

I pester AA every few days about the status of my DUS-BOS flight on Oct 4 and I'm getting the same language that you are- that the flight is still scheduled and if that changes, they will let me know. :\ It's all making me quite anxious. 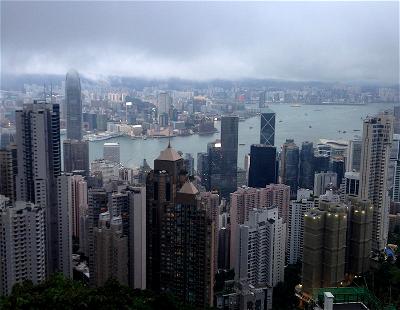