We’ve known for a while that Air New Zealand was planning on placing another order for wide body planes, as they’ll eventually need to refresh their existing fleet.

This March Air New Zealand’s finance director said the airline was nearing a decision, and hoped to have an announcement within months.

While nothing has been formally announced, Reuters quotes sources as saying that Air New Zealand is expected to announce a wide body order with Boeing shortly, as the aircraft manufacturer beat out rival Airbus.

Don’t get too excited yet, as these planes won’t be joining Air New Zealand’s fleet anytime soon. In the past executives have said that it will likely be 2023 at the earliest when the airline gets new planes.

Which Boeing aircraft is Air New Zealand likely to order?

While it sounds like the Boeing order is more or less a sure bet, the big question is whether they’ll order 787s, 777Xs, or a combination of both.

Of the 787 variants, the 787-9 seems like the most logical option. The 787-10 is higher capacity but lower range, and Air New Zealand needs the range for many of their flights.

Could Air New Zealand also be considering some 777Xs, though, which are higher capacity, more fuel efficient, and longer range than previous versions of the 777?

The 787-9 could comfortably fly nonstop to Sao Paulo, while I believe New York would be pushing range limits on the 787-9 (while Perth to London is operated by the 787-9 and is slightly longer, this route would face significantly stronger winds on the westbound journey). The 777X could easily make the journey, though.

Somehow I’m skeptical about Air New Zealand ordering the 777X, though. That’s not to say it won’t happen, but rather the airline just seems really conservative, and the 777X offers a lot of capacity.

Purely in terms of O&D passenger numbers, New York to Auckland isn’t a huge market. They may fly it in spite of that, as their mainland US route network is based largely around flying to United hubs, as the airline currently flies to Los Angeles, San Francisco, Houston, and Chicago.

In that regard Newark would be a logical addition, though I’m not sure how much value that route would add in terms of connecting traffic, since most connections through Newark could be routed through Chicago or Houston instead.

My money is on Air New Zealand being conservative and simply ordering some more 787-9s for their fleet renewal. Maybe we’ll see some 787-10s, which would offer sufficient range for flights to Asia and Australia, while also adding capacity.

It’s also possible that they order some 777X, though I’m not confident about that at the moment.

@ DB @ Hawaiian Joe @ Michael @ The nice Paul -- Sorry! It was one of a few things causing some significant performance issues, particularly on mobile, so we’ve disabled that functionality until it can get fixed properly. I know it's a few extra thumb flicks, but it's realistically better than pages taking 45+ seconds to load.

@ DB +4 Has OMAAT been taken over by AA, and this is just the start of the cost-cutting?!

+3 to what DB said, I used that link all the time and it’s driving me crazy now! 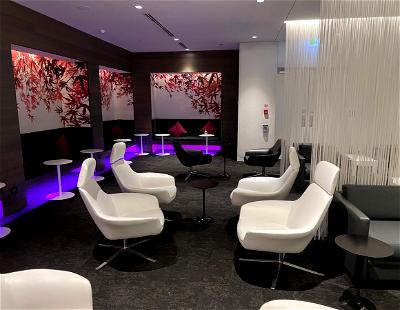 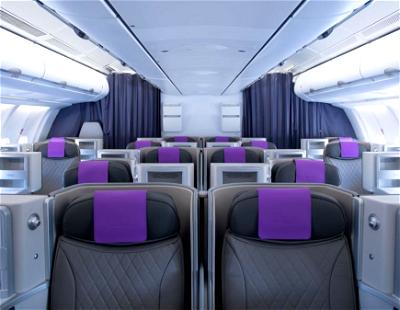