Delta had been granted a slot to operate a Seattle to Tokyo Haneda flight, though they weren’t using it within the spirit it was issued. The route has highly seasonable demand, so in winter Delta operated the flight only 11 times, which was the minimum number of frequencies required to keep the route.

In late March the Department of Transportation issued their ruling regarding Delta’s Tokyo Haneda slot. They said that Delta could keep their Seattle to Tokyo Haneda slot, though only if they operated it daily on a year-round basis. They added a further clause, whereby Delta refusing to operate the flight on more than two days in a seven day period would lead to their immediate loss of route authority.

After the DOT’s ruling, Delta issued the following statement, thanking the DOT for their ruling, and indicating that they planned to continue the service:

“Delta thanks the U.S. Department of Transportation for its tentative decision to allow the airline to continue its service between Seattle and Haneda Airport in Tokyo. After an extensive review, the DOT concluded that Delta’s Seattle-Haneda service provides the best public use of the available slot pair between the U.S. and Haneda Airport. Earlier this month, Delta resumed its nonstop service betweenSeattle and Haneda after a temporary seasonal suspension. Delta will operate year-round, nonstop flights between Seattle and Haneda as we continue to grow Delta’s international gateway at Seattle-Tacoma International Airport.”

After that big battle you’d think Delta would take their Haneda slot and run with it. Well, you’d be wrong. Delta has announced that they’ll be discontinuing service between Seattle and Tokyo Haneda as of October 1, 2015, and therefore American will get that slot for Los Angeles to Tokyo Haneda service instead. Here’s the letter Delta sent to the DOT:

We appreciate the Department’s decision in Order 2015-6-14 to allow the Seattle-Haneda slot to remain with Delta. Delta has worked hard to develop Seattle-Haneda service under the difficult operating conditions imposed by the U.S.-Japan bilateral agreement, and we have relied on dormancy rights to adjust our services in response to seasonal market conditions. However, we understand the Department in Order 2015-6-14 to be recommending that carriers return Haneda slots to DOT if operating them on a year-round, daily basis is not commercially feasible.

In order to provide a smooth transition and avoid disruption to currently booked passengers, Delta plans to operate Seattle-Haneda service under the terms of the Order through September 30, 2015, when our last eastbound flight will depart Haneda for Seattle. We will then return the slots to the Department for reallocation effective October 1, 2015. Due to currently booked loads, it is not possible to re-accommodate passengers who are booked on flights before that date. In addition, we will dismiss the pending D.C. Circuit litigation, which is currently subject to an abeyance order.

Every U.S. carrier serving Japan will now have one pair of Haneda slots. Delta remains strongly opposed to any further changes to the Haneda operating rules unless and until Japan is willing to open the airport under normal open skies terms and allow Delta to relocate its Tokyo hub operation to the preferred airport. Any incremental or phased deal effective before then would be harmful and unfair to Delta as a Narita hub operator. Accordingly, we urge the U.S. government to aggressively pursue a full opening of Haneda to allow fair and equal access by U.S. carriers and their customers.

Now you can’t help but wonder if American actually wants to operate a Los Angeles to Tokyo Haneda flight, or if they simply wanted to take it away from Delta: 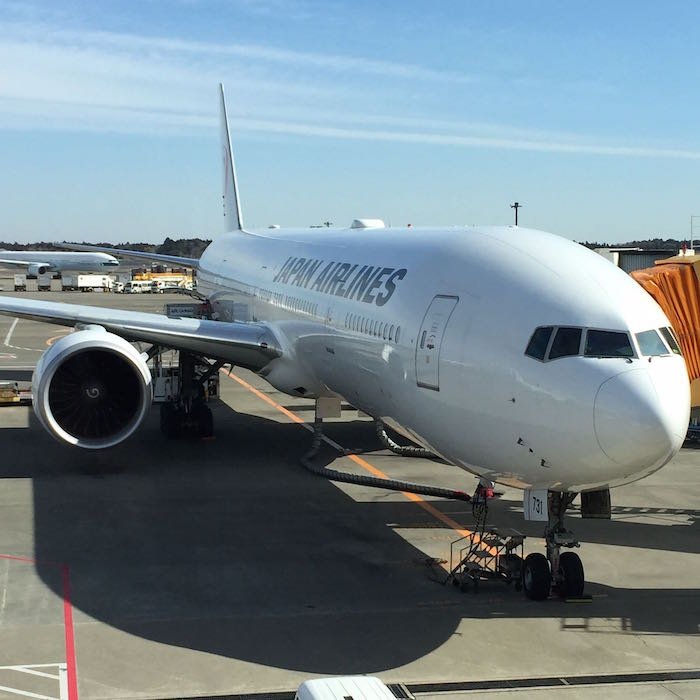 I guess we’ll see if American actually wanted that Haneda slot, or if they just didn’t want Delta to have it on their terms. Something tells me American’s ideal outcome was Delta having to (unprofitably) operate the flight daily, even in winter. But given American’s joint venture with Japan Airlines, maybe they’ll throw a 787 on the route eventually and be able to make that work.

What do you think — will American actually launch Los Angeles to Tokyo Haneda service, or did they just not want Delta to have the route on their terms?

I love it - so when it's to their advantage, Delta is all for open skies, but when it means they have to compete against other global airlines their totally against it? #hypocrites #pathetic

ANA's LAX-HND flight has been a lifesaver for me on a couple of business trips. The midnight departure and early morning arrival makes it possible to spend an entire day almost anywhere in the western half of the US, fly to LAX in the evening and be in Japan at the crack of dawn two mornings later, only losing one day to travel. With NRT flights, you have to leave first thing in the morning unless you are at the gateway, and even then you have to leave around noon, so you lose two days.