Video footage has emerged of a power bank in a passenger’s bag catching fire on a China Southern flight today from Guangzhou to Shanghai (CZ3539). Passengers noticed some smoke coming from the overhead bin, and then a crew member and a passenger worked to extinguish the fire using bottled water and juice (which seems like a strange method to use, though it works surprisingly well).

There was no further damage to the aircraft and no one was injured, though the flight was delayed by a few hours, as the airline got a replacement aircraft. While fires unfortunately aren’t (that) uncommon, what makes this interesting is that there’s a video of the incident, which you don’t often see. Here it is:

Thank goodness the fire was detected so quickly, and on the ground.

You can find mode on the story on Channel News Asia.

You may be interested to hear that Bangkok Airways does not allow power packs in hand luggage . They must go in checked bags. They scanned my check in bag and called me and asked me to open the bag . They wanted to look at my power pack . They told me because it was a cheap '' promotional giveaway'' with a company logo ( from China ) and no information on it about capability and power, it could not be carried on the aircraft , so it was confiscated . This was about 4 years back. Seems like a wise and ''safe'' policy to me .

@Jeffrey Am I wrong when I see stereotype on geophysical locations; There were many flight attendants from that region who reacted not only heroic but also correctly in emergency situations. https://youtu.be/pM_V7uLaPMU 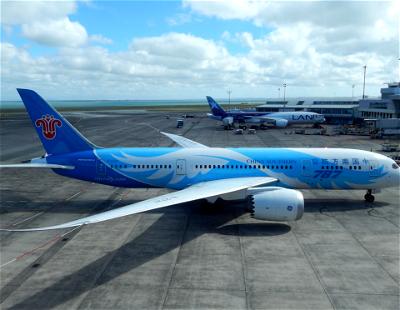