US Airways is officially a OneWorld member airline as of today, March 31, 2014.

Specifically, British Airways has one of the most lucrative award charts for short-haul travel, given that it’s distance based. While they don’t formally publish a chart (instead they have a “calculator” on their website, the cost per award segment is as follows, depending on the distance you’re flying:

No fuel surcharges for transatlantic US Airways flights

British Airways charges just 20,000 Avios for one-way economy class or 40,000 Avios for a one-way business class ticket for a segment of 3,001-4,000 miles, which covers virtually all of US Airways’ transatlantic routes to Europe (since they’re all out of their Charlotte and Philadelphia hubs).

Considering that US Airways charges 60,000 miles for a round-trip in economy, or 100,000 in business class, and doesn’t offer a discount for one-way redemptions, this can be a spectacular value.

Meanwhile redeeming Avios for travel on an American transatlantic flight would incur fuel surcharges. This can be a bit confusing, as American doesn’t levy fuel surcharges on AAdvantage award tickets, but there is a fuel surcharge component to their revenue fares.

And while I don’t find US Airways to have very good service internationally, they do have a really solid hard product, especially if you can get onto one of their A330 aircraft featuring the Envoy Suite. 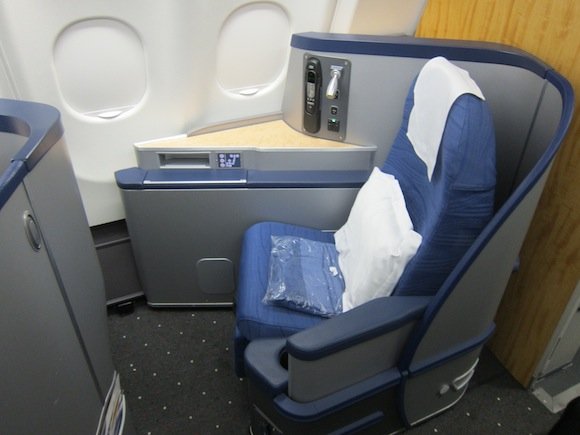 Avios for short-haul redemptions are an amazing value

As I mentioned above, British Airways has a distance based award chart:

What’s especially lucrative is their award chart for flights under 1,151 miles.

Due to the location of US Airways’ hubs on both the east coast (Charlotte, Philadelphia, and Washington) and out west (Phoenix), this opens up a ton of award opportunities at a reasonable cost.

Here’s the map for Washington Reagan/National: 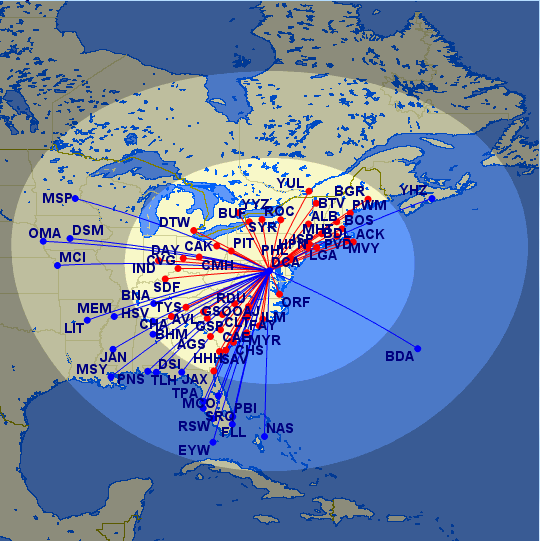 Here’s the map for Philadelphia: 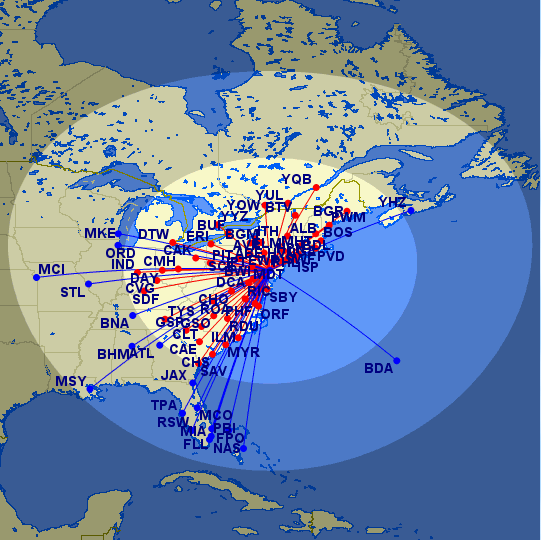 Here’s the map for Charlotte: 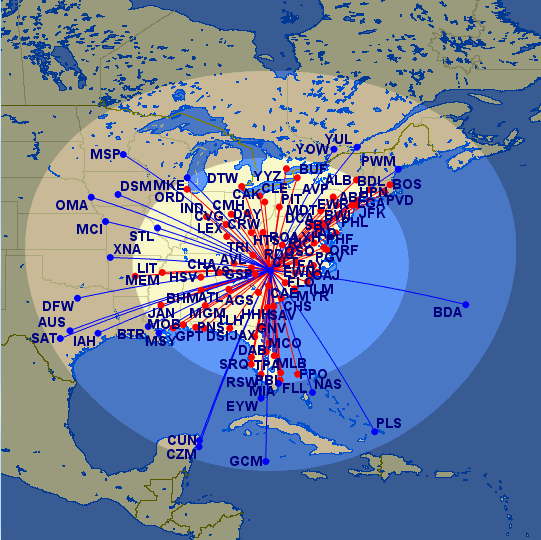 And here’s the map for Phoenix: 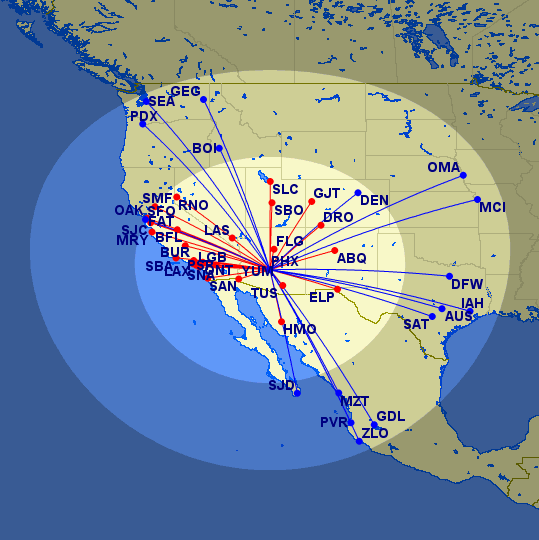 As you can see, that’s an amazing number of destinations that can be reached for a reasonable number of Avios.

Still best off using aa.com to search for US Airways award space

While the British Airways award search tool is probably the most thorough in OneWorld, it’s also one of the most cumbersome to use.

In general I’d recommend using American’s website to search US Airways award space, since they’ll show a calendar view of availability, and you can search routes for a month at a time (you can search an entire year of availability on a route in just a couple of minutes).

Then once you’ve found space you can go to ba.com to book, as availability should be the same.

Still some glitches on ba.com with displaying US Airways space

US Airways’ transition to OneWorld is just happening today, so not surprisingly there are some glitches with the transition.

Not all US Airways award space is showing up on britishairways.com yet, in particular for transatlantic routes. That being said, I expect it to be fixed soon, and the space should be bookable via the call center, for what it’s worth.

Also, rather amusingly, ba.com shows the Royal Jordanian logo next to US Airways flights on the award search tool, which I’m sure they’ll fix soon as well.

Not only does US Airways have so many “sweet spot” routes, but the lack of fuel surcharges on transatlantic routes makes them a great option for transatlantic Avios redemptions as well.

@ vinay -- It's a glitch, if you call BA it should be bookable over the phone.

Quick Question: I am trying to book CLT-BDL in august. On US Airways site, I see few days with saver availability (12.5K each way), but when I try to book the same on BA, I get zilch. Nothing shows up. Any clue why is this happening? Will calling BA.com resrvation desk help?

@ Ryan -- The hours never changed. You can, however, phone the UK or Singapore call center during their local business hours, which more or less means you can book tickets "around the clock" (though I'd suggest using Skype/Google Voice so it doesn't get too expensive).