Reader Jase asked the following question on the “Ask Lucky” page of the blog:

Hi Ben! Longtime fan of the blog, I really enjoy reading your articles.

I’m interested in a career that would allow me to travel as much as you do! (or at least more than I currently do). Do you have any advice for readers who are starting out professionally and want to find careers that allow for lots of travel, either for business or are flexible enough to allow for frequent trips?

Let me start by saying that I’m the wrong person to be giving any sort of career advice. When I graduated college a few years ago (sheesh, has it really been that long?) I couldn’t get a job I found fulfilling, though that may have more to do with the fact that I have a hard time showing enthusiasm or putting 110% of myself into something I’m not truly passionate about.

But when I was a teenager I spent so much time trying to figure out jobs which would allow me to travel a lot, because at the time I thought that would make me happy. So while I don’t have a good answer directly to your question, I do have some general thoughts:

If you’re starting your career and one of the main goals is to travel a lot, obviously there are some jobs that immediately come to mind. Management consulting, international sales, IT, etc., can all involve a lot of travel. At the same time I don’t think it’s worth pursuing a job just because of the travel — I can’t imagine that would be fulfilling.

Not all its cracked up to be!

I have a good friend who is allowed to travel international first class per his company travel policy. In theory he should be doing a lot of exciting travel. And I thought I was insanely jealous of his travel policy… until we recently talked about the work trips he has taken recently.

In the past month he has taken three business trips. Two to Kansas City on a one cabin regional jet, and one which was actually in international first class, where he was gone from home for 24 hours — he flew from New York to Frankfurt, had a meeting, flew Frankfurt to London , had a meeting, and flew London back to New York on the evening flight.

Focus on jobs which give flexibility

As much as it’s easy to romanticize business travel (I did for years — after all, who doesn’t like someone else paying for their travel?), I think it’s much more fun to pursue leisure travel. There’s a hilarious BuzzFeed post comparing the expectations vs. reality of business travel, which I think sum it up quite nicely.

Like I said, it’s not something I have firsthand experience with, but when I was finishing college I thought to myself I should be a consultant because that would allow me to travel the most. And then I realized what drew me to that wasn’t what I’d actually be spending 50+ hours per week doing, but rather the podunk hotels in small towns that I may end up in, along with the possible weekly flight on a regional jet. 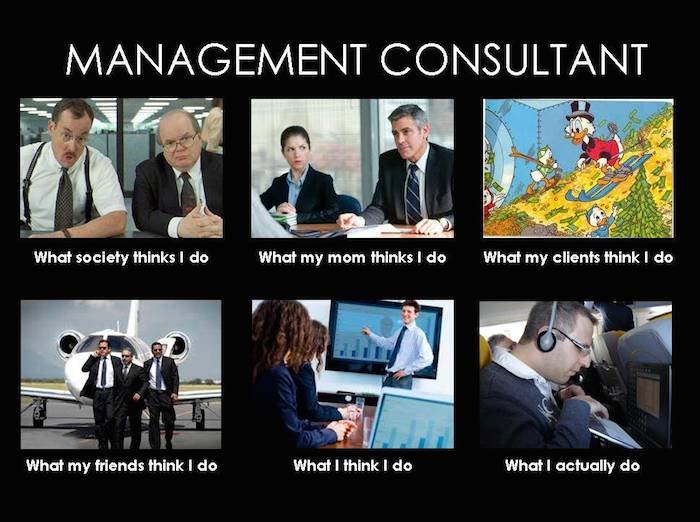 So if my life hadn’t worked out the way it did, I don’t think I could have followed through with that. I think I would have done something completely different, even if it involved no travel. And then I would have dedicated my resources (time and finances) towards traveling in a way that I enjoyed.

I do believe that if you’re passionate about something and make yourself indispensable, over time you can work with your employer to hopefully have at least somewhat of a flexible schedule.

I think it’s also worth considering jobs where you can “bank” vacation time, either by working longer shifts, working on individual projects that you can take breaks between, etc. For example, I know some people that are able to work longer shifts and are able to work four days in a row and then have three days off, and then can structure it so they work eight days back to back, and then have six days off. That’s a good amount of time to travel every two weeks!

I don’t have much insight here since it’s not something I’ve dealt with firsthand. At the same time it’s a thought process I’ve certainly mentally gone through.

I’d focus on doing what you’re most passionate about regardless of the travel implications, and over time that will allow you to pursue your desire for travel more. Either because you’re able to get more time off, able to move around in the company to a position that requires more travel, or long term you’re able to do the best financially when you do something you’re passionate about.

For those of you that have been in a similar situation, what are your thoughts? Has anyone ever taken a job primarily because of the amount of travel required, and if so, did it work out?

You might also enjoy the current post on FlyerTalk, http://www.flyertalk.com/forum/british-airways-executive-club/1603600-business-travellers-week-ba-oneworld.html , which is by one of the most frequent BA flyers out there. It provides an interesting insight into the daily grind of business travel.

First off, thank you Lucky for a whole post dedicated to my query. Secondly, I really wasn't expecting more than a few words so this post and all the comments have been very insightful. What was especially poignant were the repeated comments about the grind of business travel. I originally posted this because I simply wanted to know the best way to travel more than I do now. I first flew when I was 3 days old (according to my mother) so I have had the travel bug since before I can remember. Lucky's career is very unique and after reading his post, readers' comments, and reflecting a bit, I believe that my goal is to travel more for leisure and take my loved ones with me. There is the trade off with accumulating miles for annoying business travel or playing the credit card miles-accrual game (which is far more risky). As long as I can slowly accumulate miles then I will eventually reach my goal. I'm in my mid-twenties now and I think my next step is to get a master's degree and, as one reader suggested, look for a company that offers travel opportunity instead of a position made for travel. (Also, I need to look at Virtuoso's careers page) :) Thank you all once again for responding so enthusiastically to this post. Best, -Jase

For six years I was a tour director (no, not the person who tells you what building you're looking at as you drive through a city), and I was assigned to work in Europe, South America and Antarctica. There's really not that much specialized knowledge you need to become a tour director and it seems that there are more and more positions open as the market rebounds. On my off time I could use the time to visit wherever I wanted, and I could also live wherever I wanted as long as it was close-ish to an international gateway airport. At the height of that career I was on the road for about six months at a time, with a few non-working months off, then back on for the winter trips (Antarctica, Winter in Europe), a few more months off, and then back to the summer high season. It was lucrative, and I got to visit all of the museums and other sites of interest with the group if I wanted. Once I got my fill of the Prado and Louvre, I'd find a cafe and have a coffee, read a book, watch people go by, whatever, while my group was inside. For me, it was the best - no conference rooms and business hotels, but the sites and destinations that people chose for vacations. There are the down sides of it, too, but it was a dream job, and I'm getting back into it soon. I qualified for AA EXP and DL PM easily every year, and got to keep my miles. Not all tour operators are as generous as mine was, but because of frequent schedule changes they always booked us in full-fare Y which I was able to upgrade 100% of the time. I even received a few upgrades at the gate for no miles/copay on my international legs.