There are many airlines that offer premium cabin passengers complimentary chauffeur service, including several that offer the service on award tickets. 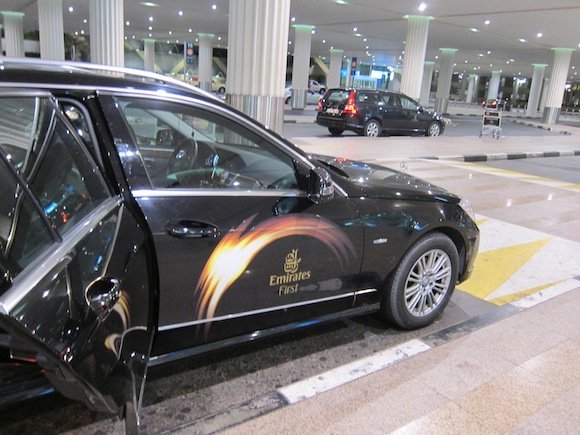 One of the questions I’m most frequently asked when it comes to the chauffeur service is whether or not you should tip. Over the years I’ve spoken candidly with some drivers doing these airport pick-ups, so figured I’d share what I’ve found out:

Tipping norms differ depending on where in the world you are

This goes without saying. Tipping norms in Japan are different than in the US, for example. For the most part, I try to adopt to local tipping norms when traveling. For example, in Japan I won’t try to tip anyone because it’s considered rude. But at the same time I’ll sometimes be overly generous by local standards depending on where I am. In taxis in the UAE I’ll often round up to the next “bill.” So if a taxi fare is 30AED, I’ll sometimes give them 50AED. They work crazy hours and are away from their families, and after having heard so many of their stories over the years, it just feels right.

In general, airport pick-ups aren’t especially profitable for drivers. That’s because they’re expected to be there once the flight arrives so that the passenger is never waiting on them, even though it can sometimes take 60-90 minutes for someone to clear customs and immigration, collect their baggage, etc. That’s all time that they’re “waiting” and can’t otherwise be working.

Of course that’s how the free market works. Airlines offer limo companies a ton of volume, often 100+ pick ups and drop offs a day even at an outstation. So they’re negotiating great rates with the limo companies.

How are drivers paid for airline chauffeur service?

If you use the complimentary chauffeur service offered by an airline, what are the drivers getting paid? First of all I should say that this varies by country, and I only have insight into how it works in the US.

Typically the drivers for the big companies which do these pick-ups are only getting paid what would be the equivalent of a 20% gratuity, so they do somewhat rely on tips. Say an airline is billed $100 for a chauffeur service. In turn, the driver will only get ~$20 of that, and they may very well be waiting for your pick up for over an hour. And that doesn’t account for positioning on either end of your pick-up.

Like any industry, there are profitable trips and less profitable trips. It’s kind of like the Uber effect. You give up margins somewhat in favor of volume, and that’s what’s happening here.

Why I think you should (but don’t have to) tip

Let me try to sum up my philosophy on this as simply as possible:

So for a “normal” ride to or from the airport in the US in a complimentary chauffeur service arranged by the airline I’ll usually tip ~$20.

You don’t have to tip, and it’s not your fault that the drivers aren’t getting paid much. But a while back when I realized that drivers are typically making less than minimum wage on airport pick-ups, I decided what I considered to be fair based on my standards.

What do you guys think — do you tip when use a complimentary chauffeur service, and if so, does it vary based on where you are?

It is not bad to give tip to them, especially if they provide you a good service. Giving tip just means a job well done. This is also a sort of commendation about the service and the crew. Jhoell http://www.newrochelleexquisitelimo.com

I'm a driver in San Francisco and it is correct that compared to airport rides arranged by private parties we don't make much on these Etihad/Emirates/Virgin Atlantic "complimentary" rides. On Complimentary service you should tip 15-20% on the value of the ride ($75-$150). For a 5am pick up at your hotel/residence, I often have to leave at 4:00am (wake up at 3:00am). Most of the time I'm counting on you tipping $20 so I can afford coffee & to eat that day! (it is insanely expensive to live here on a Chauffeur's earnings!!) Or I'm required to be onsite 15 minutes before your flight lands, and often have to wait an hour or more for you to clear customs/immigration & get bags. Most of us have no benefits like sick days, paid vacation, 401k health insurance etc. When I load & unload 2-6 50lb bags in the car & open the door for you with a smile and get little or no tip from someone who can afford such an expensive flight, my opinion of them and all humanity is often soured for the rest of the day. Conversely when I'm thanked for my service and palmed a $20 bill, I'm filled with a sense of pride that I've done my job well and that there's hope that maybe soon I can afford some much needed dental work!!!! Consider that we are on the road most of the day often navigating horrible traffic, being cut off multiple times, avoiding getting into accidents with really bad drivers, finding parking, tracking flight times, making sure we arrive early, restocking the water, cleaning & refueling the car..... Please tip your driver- it will make his/her day!!!

I am a Driver here in LA that does a lot of Emirates "runs". We do not see any of that "included gratuity". I make less than minimum wage per hour if you count in travel time to Terminal B (International), wait time for pax to get Customs/Immigration/Baggage Claim~and, add on to that $5.00 per Trip Ticket and anywhere from $5.00-7.00 parking that the Driver has to pay! Pax are being truly misinformed; the Limo Company Owner keeps that gratuity for themselves! Any tip (at all) is appreciated, as it is the bread/meat upon my table! :) 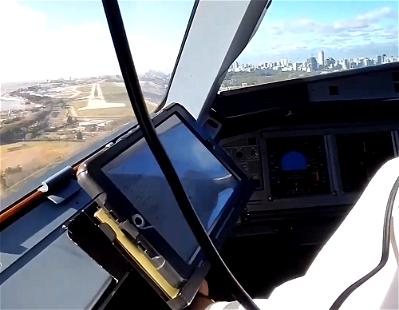