A couple of days ago I shared my thoughts on the increasing value of American miles, both in absolute and relative terms.

The funny thing about American’s award routing rules is that they’re simultaneously the most generous and least generous of just about any airline.

They’re the most generous because American lets you exceed the MPM (maximum permitted mileage) for a city pair by 25%. For those of you that have no clue what an MPM is, for many international fares airlines publish the maximum permitted mileage between a city pair, which is often roughly 10% over the direct distance, accounting for the fact that connections are often necessary. On partner awards American lets you exceed that by an additional 25%, which is incredibly generous. 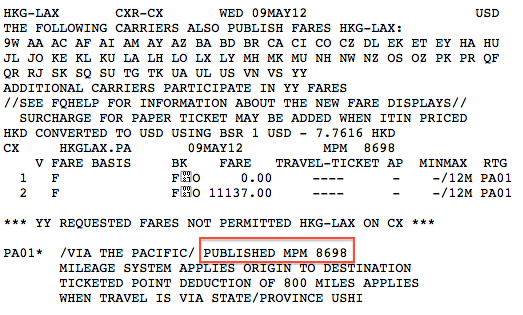 In practice that means you can fly from Hong Kong to Los Angeles via New York, which is pretty awesome given that American allows stopovers at the North American gateway city (meaning you could stop in New York for as long as you wanted). 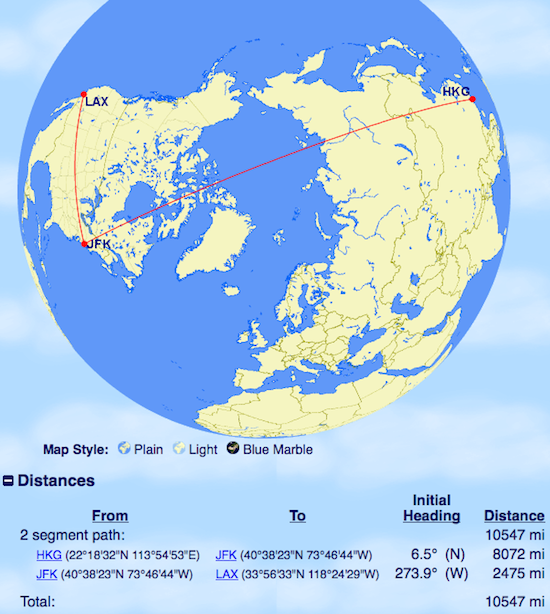 The next most generous airline is United, which lets you exceed the MPM by 15%. Actually, I guess I should really say that US Airways is the most generous, since they let you do whatever the hell you want, not intentionally, but out of incompetence. But that’s neither here nor there.

But that’s the end of my American love fest, in this instance. While American lets you go 25% over the MPM, they’re total c%&*blockers beyond that, given that they’ll do just about anything to prevent you from maximizing your routing.

This is because American has two rather silly restrictions on award tickets:

1) The transoceanic airline has to publish a fare for the city pair you’re flying. This has to be the silliest rule of all. With American you can only fly between a city pair if the airline you’re flying on your transoceanic flight publishes a fare between the two cities. Say, for example, you want to fly from Los Angeles to the Maldives on Etihad Airways via New York and then Abu Dhabi. It’s about as direct as routings get to the Maldives, but the award can’t be booked. 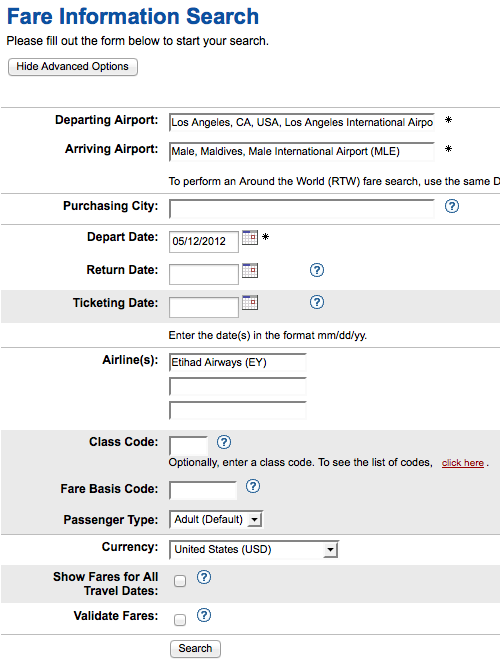 And unfortunately it returned no results:

So this means there’s no way to book an Etihad award between Los Angeles and the Maldives using American miles on a single award. You could however book Los Angeles to New York on one award, and then New York to the Maldives on a separate award, given that Etihad does publish a fare for that city pair.

Let me put this in terms of an example. Say you want to fly from San Francisco to Delhi. Using OneWorld carriers, the most direct routing would be to fly from San Francisco to Delhi via Hong Kong, the distance of which is 9,257 miles. The problem is that Hong Kong is in “Asia 2” region while India is in “Indian Sub Continent/Middle East” region, and you can’t transit another region on a partner award. The only exception for travel to India is as follows (per the chart above): “North America to/from Indian Sub Continent/Middle East can connect in:Europe.”

So in other words you can fly from San Francisco to Delhi via London, the distance of which is 9,558 miles, while you can’t take the more direct routing via Hong Kong without paying for two separate award tickets (one between the US and Asia 2, and one between Asia 2 and India).

The irony of it all? The MPM between San Francisco and Delhi is 11,922 miles, and American will let you exceed that by 25%, meaning you could fly 14,902 miles. Despite the fact that the routing via Hong Kong is over 5,000 miles under the MPM, it’s still not allowed.

Wanted to know if I can do JFK to AUH to DOH to ESB in F but get charge only 62000 mile since ESB is in Europe and only one world carrier flies there is QR MPM is 6250 but they say 25% is included am I missing something?

Thank you Lucky for your quick response.. Since no more direct routing available on any OW carrier's awards for that day/class of service, I was hoping to try the force fare breakpoint Sabre exception, but I don't think that will work when MPM +25% sets the ceiling. Have you had luck with AA rate desk disregarding MPM +25% limit? Hard to believe adding a tag flight in same AA region blows up the MPM.