In late November 2018, Marriott revealed the details of a massive data breach. This involved Starwood’s guest reservations system, with an unauthorized party potentially copying and encrypting information all the way from 2014 until September 10, 2018.

At the time Marriott said that they believed this could contain information for up to 500 million guests, and for about 327 million of those guests, the information included some combination of name, mailing address, phone number, email address, passport number, Starwood Preferred Guest account information, date of birth, gender, arrival and departure information, reservation date, and communication preferences.

The company has now provided an update on the breach, in particular regarding the number of guests who may have had information, including passport details, stolen.

“Only” up to 383 million guests have been compromised

Marriott now believes that the number of potentially involved guests is lower than the 500 million the company had originally estimated.  Marriott has identified approximately 383 million records as the upper limit for the total number of guest records that were involved in the incident.  This does not, however, mean that information about 383 million unique guests was involved, as in many instances, there appear to be multiple records for the same guest.  The company has concluded with a fair degree of certainty that information for fewer than 383 million unique guests was involved, although the company is not able to quantify that lower number because of the nature of the data in the database.

Up to 5.25 million passport numbers have been stolen

Marriott says that they are putting in place a mechanism to enable people to determine whether their individual passport numbers were included in the set of unencrypted passport numbers.

Up to 8.6 million encrypted payments cards may have been involved

Marriott has also revealed that approximately 8.6 million encrypted payment cards were involved in the incident:

This whole thing is just a huge mess. I guess it’s good that “only” up to 383 million people were impacted, rather than up to 500 million. It’s still concerning that over five million people potentially had their passport information compromised.

I'm with Lilian on this one -- passport #s really aren't all that useful these days. I'm not letting Marriott of the hook on the issue, but it's one they inherited from Starwood rather than the current abortion that is Marriot.com/MARSHA Cloud.

In a funny sort of way I agree with you Andy. The bigger issue is Marriott itself and its legal and regulatory commitments as a PLC. Marriott is duty bound to follow due process and it failed to conduct appropriate due diligence during the merger and beyond (and I have to say not only in this context). The regulators are asleep (or corrupt) and the hotel industry is thereby unregulated. The regulators are naively parochial (or corrupt) and the corporations global (and definitely corrupt). Everything is out of kilter and we must recognise the seriousness of the situation. Forget about Chinese spies and passport data; look at the bigger picture which involves the corruption, greed and negligence of large corporations. If you're not harmed in this particular case you will be in another, be assured of that. Due to Sorenson, Marriott is now a rotten fruit which cannot ripen again.

Passport data doesn't worry me too much ... it's almost public data anyway. Whenever you are taking a guided tour, doing visa on arrival in most countries, filling immigration forms which then end up in the landfill (after being processed by officials) etc. this information is made public. I do not consider this confidential information.

140
Former United Employee Sues Marriott For Getting Him Fired 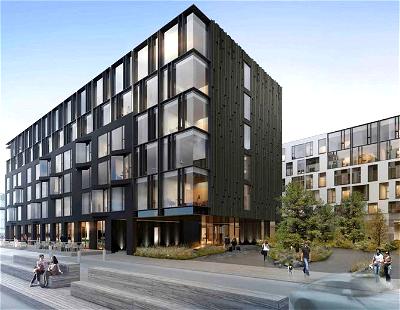