Silvercar by Audi is one of my favorite car rental companies. As the name suggests, Silvercar exclusively rents Audi vehicles, so they’re significantly nicer than the typical rental cars you’ll find in the US. The company also does a good job using technology to make the rental experience better.

Silvercar charges a reasonable premium over other car rental companies for what’s offered, in my opinion. The major downside to Silvercar has been the lack of locations.

Well, unfortunately it looks like Silvercar will soon more or less cease to exist in its current form, as it closes down all airport locations.

As of now, Silvercar claims to be available in 34 locations, which is way more than it had before — previously Silvercar had mostly airport locations, with a few in-town locations. 11 locations have recently been added, all at Audi dealerships.

On the surface this seemed like a logical way to add locations (well, before the other shoe dropped):

It looks like Silvercar subtly started promoting this concept over the summer, claiming it had transitioned to “more convenient local rentals.” It’s suggested that this allows for more parking and same day rentals. While it’s not explicitly mentioned, it appears that this “local rentals” concept refers to cars being available at Audi dealerships.

Keep it local. We've transitioned Silvercar by Audi facilities to offer safe and convenient LOCAL rental. Take that road trip first class, and get 10% off this summer on local rentals with MYBACKYARD.https://t.co/JefjAycR3t pic.twitter.com/Tjhd04w5G6

Several weeks ago I wrote about how it looked like Silvercar was starting to close some airport locations. At the time, five airport locations were closing imminently. Well, the situation is much worse than that.

As reported by AutoSlash, Silvercar will be closing all airport locations as of early December 2020. The pandemic is being blamed for this decision, but it also sounds like we should expect this to be a permanent change:

Over the summer, Silvercar started renting cars from nearly a dozen Audi dealerships around the US, which seemed like a logical move. Audi owns Silvercar, and it’s efficient to use existing facilities for renting cars.

However, now the full extent of the changes have been revealed — Silvercar is closing all airport locations as of early December. The pandemic is being blamed for this, though it sounds like this could very well be permanent.

What a shame, because it sounds like this is the end of Silvercar in its current form.

What do you make of Silvercar’s transition from airports to car dealerships?

(Tip of the hat to Jonathan & Russell)

Laughable to call them 'Airport Locations' in the first place

Bummer I just used them in Denver. Was very smooth transaction, nice vehicle as well. No issues at all. If they do keep it, I would hope they pick you up at the airport as downtown Denver Audi is 30-40 mins away.

This is very sad news. I can't see any convenience when renting from a dealership when they close earlier/open later than airport car rental companies. Meanwhile I just took my car in for service last week at an Audi dealership and to my surprise, the loaner car is now rented by Enterprise inside the Audi dealership whereas it used to be operated by the service department. This Enterprise only rents Audi and Audi pays the bill for the loaner. The Audi car fleet for loaner is probably provided by Enterprise because the cars they offered have out of state plates and didn't have all the bells and whistles that past loaners had. 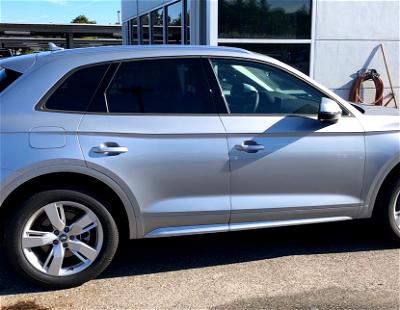