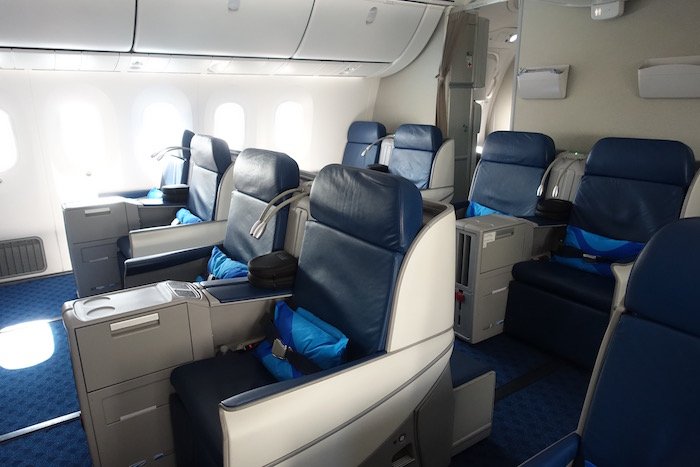 Well, it looks like Los Angeles will soon get another Chinese airline. Per @airlineroute, Sichuan Airlines will offer 2x weekly flights between Los Angeles and Hangzhou, with connecting service to Chengdu. The flight will operate on Mondays and Thursdays with the following schedule:

But here’s the craziest part of this new route. This new route was initially announced a few months ago, though no details of the schedule had been announced. Now Sichuan Airlines is planning on launching this route just a few days from now, on October 17, 2016.

I’m not sure if they just totally forgot to put this flight on sale, and if they have to stick to their initially announced launch date due to some government regulations, or what. Given that tickets haven’t been on sale until now, I can’t imagine their first flight in a few days will be full.

Sichuan Airlines operates a fleet of about 100 planes, including four A330-200 and four A330-300 aircraft. Unfortunately Sichuan’s A330 aircraft feature rather outdated angled business class seats, so this won’t be a good hard product for the long journey.

Sichuan Airlines is based in Chengdu, though in this instance they’re not even offering a nonstop flight there, so I’m not sure what competitive advantage they have over other airlines, virtually all of which offer a better hard product. For example, China Eastern already operates 3x weekly one-stop flights from Los Angeles to Chengdu via Nanjing (and they have an excellent reverse herringbone business class seat).

I’ll be keeping an eye on fares on the route, and might just book it if I see any cheap business class fares. Unfortunately Sichuan Airlines doesn’t belong to any alliance or have any useful partners as far as I know, though.

Sichuan Airlines’ new route between Los Angeles and Hangzhou is a bit odd, given that it’s apparently being launched with just a few days notice. As far as I know this is also the only flight operated out of LAX by a Chinese carrier without a flat bed product.

Overall it’s pretty amazing how many nonstop options we now have out of LAX to China. There are nonstop flights to Beijing, Changsha, Guangzhou, Hangzhou, Nanjing, Shanghai.

What do you make of Sichuan’s new flight between Los Angeles and Hangzhou?

Sichuan Airlines is the absolutely worst airline you can go to. Stay away. They do not speak english. Nasty airlines. No customer service and and bad food. Do not touch this cheap airline. #cheapairlines #sichuanairlines #sichuanair #sichuanreview

I recently flew Melbourne to Chengdu return business class in the A330 with Sichuan and found the angled seats were too uncomfortable for the neck even the chinese passenger next to me complained about it. That she should've just flown economy. The "relax" position was more comfortable. I don't know why on the position button it says flat bed because it's definitely not. It puts you in an angle that you feel like you are slipping. They served me stone cold pumpkin soup and when I sent it back they returned with it not even luke warm, I gave up, and the rest of the food was like an east west combo I couldn't eat. The service was good, fortunately I speak Mandarin they're English needed work. The only other thing was the return flight was 1:55am, an every 3 day flight option. Work payed for it all and it was a direct flight ten hrs compared to a fifteen hr connecting flight so am fine with it if sleeping.

87
Should You Tip Flight Attendants? No, Except…