One of the flights that fascinates me most is Air Canada’s service between St. John’s and London Heathrow.

For those of you not familiar with St. John’s, on a transatlantic flight it’s the city you usually see on the Airshow right as you get your buzz on. 😉 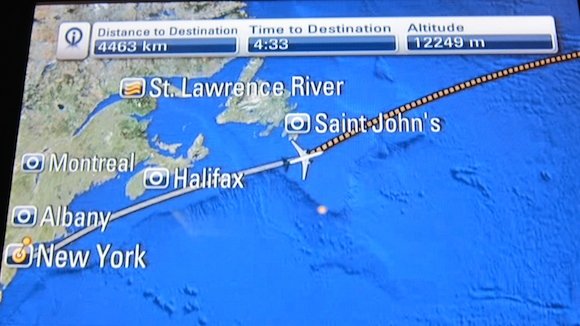 It has been operated seasonally over the summer months for several years, and is the shortest scheduled transatlantic flight in the world. At just ~2,300 miles, it’s blocked at ~5 hours eastbound and ~5.5 hours westbound.

It’s also unique in that it’s operated by an Air Canada A319, which has the standard domestic/transborder configuration, featuring 14 seats in business class and 106 seats in economy class. So it’s not Air Canada’s standard longhaul service.

While historically this route was only offered in summer, it will soon be going year round. Starting October 26, 2014, St. John’s to London Heathrow route will operate Mondays, Thursday, and Saturdays, with the following schedule:

Award availability on the route is very good in both business class and economy, during peak summer dates (when the flight is daily) and off season.

I’m keen to try the service, even if it’s just a “standard” domestic product. I do wish I had booked this flight back when US Airways was still in the Star Alliance, as there aren’t really any great “value” awards that can be booked on this route.

Interestingly they charge roughly the same for this route as other transatlantic routes. If you’re redeeming Aeroplan miles, the fuel surcharges on the route are $800+ roundtrip, so no less than any other transatlantic flight, despite how short it is and that it features their domestic product. 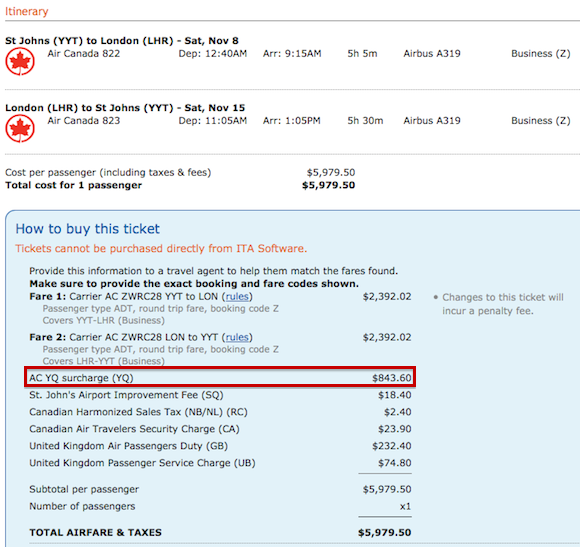 So not sure how I should fly it, but I really do want to…

Has anyone flown the route? If so, how was it?

(Tip of the hat to Ghetto IFE)

The shortest must be VR 6630, SID-REC, from Sal, Cape De Verde to Recife, Brazil. It's only four hours.

I took the 767 YYT-LHR over a decade ago and it was 4 hours and fifteen minutes takeoff to touchdown. We were over UK terra firma after 3 hours 40 minutes which is the flight time from YYT-YYZ (St. John's to Toronto). Flight back 4 hours and 50 minutes. Only jet lag was a night of no sleep on the outbound. I will say I recently flew Toronto to Frankfurt pushing near Mach ground speed in 6 hours 25 minutes 777. Back in similar time on 787. Did not notice any jetlag difference between Toronto-Frankfurt legs and St. John's-Heathrow. The only difference is St.John's-Heathrow feels like a North American domestic red eye similar to Edmonto to Halifax or Las Vegas to Toronto red eye. It feels noticebly shorter because it is much shorter but 787's are easier on the body with lower altitude pressurization. Worth flying 787's across the pond. Still the 767 is my fav for economy because it has extensive two seat configuration on the window sections. No middle seat! If going across the pond to Heathrow and want a layover stop then weekend in Toronto and take the 8am 787 Air Canada from Toronto that gets into LHR 8pm London time. No missed sleep and no jet lag. You just lose (on paper) a full shift on an aeroplane. Or, go to St. John's for a weekend and paint the town. You'll make new friends.

If we are going to be technical here, it is Air Greenland from Nuuk to Reykjavik at 1431 km.

37
What Is The Perfect Premium Flight Length?