This has to be the story of the decade (fine, we’re less than two weeks into it, but whatever). A Hawaiian Airlines flight was diverted back to Portland and escorted by two F15 military jets. Why? A passenger handed the flight attendant a comment card that he assumed was going to management. Unfortunately it was perceived as threatening.

So, what exactly did the note say? Citing the court’s proceedings, Fox 12 of Portland, Ore., says the card – in part – read: “I hope we don’t crash and burn,” and “What if the plane ripped apart in mid-flight and we plumited (sic) to earth, landed on Gilligan’s Island and lived through it.”

First of all let me say this in on uncertain terms — this guy is an idiot. He claims it was a “joke” and written to “kill time.” Not sure if that helps his case either. The AP says he might have been “angling for frequent flyer miles,” which may very well land him in prison for up to 20 years or with a $250,000 fine. Someone needs to teach him that there are easier ways to get compensation from airlines. 😉

At the same time, unless he actually seemed threatening (beyond the note), the reaction seems like a bit of an overkill. Two F15 jets? Seriously? I doubt we would have seen the same reaction pre-9/11.

On a different note, the first officer was talking with the gate agent in the galley before a flight this past weekend, and loudly used the word “hijack” followed by much laughter. The air marshal seated in seat 1B wasn’t entertained.

I'll refrain from saying anything else, as it seems you might explode then…

Overly dramatic, huh Sharon? Are you daft? It's not something you JOKE about at any airport. It's just plain stupid! If I'm being overly dramatic -- go ahead and joke about a bomb next time YOU go through airport security and see what that gets you. Go on, I dare you. Then come back here and tell me again that I was being overly dramatic. A quick google search about people being arrested in the U.S. and elsewhere after making stupid jokes in airports: http://www.infowars.com/st-louis-man-arrested-for-shoe-bomb-comment/ http://stuartbuck.blogspot.com/2004/02/tsa-detention-is-no-joke.html http://www.guardian.co.uk/business/2004/jan/21/britishairways.terrorism http://www.mixx.com/stories/4029004/man_arrested_for_airport_al_qaida_joke_upi_com England: http://news.bbc.co.uk/nolpda/ukfs_news/hi/newsid_4281000/4281814.stm http://www.sunderlandecho.com/news/Caution-for-man-in-airport.5630551.jp Philippines: http://www.wayodd.com/man-arrested-at-philippine-airport-after-making-bomb-joke/v/7152/ http://www.cbc.ca/world/story/2010/01/05/bomb-joke-german-airport.html http://www.kgw.com/news/Passengers-video-shows-man-escorted-off-Hawaiian-flight-81008702.html

Tj - yes, you are overly dramatic. Actually I think your companion was very tactful in describing you. Go on self-censoring your thoughts if you wish. But don't mess with others. If someone has gone security-insane & paranoic that doesn't mean others have to follow. Weren't the examples of people being arrested for saying "stupid things" from China by the way? 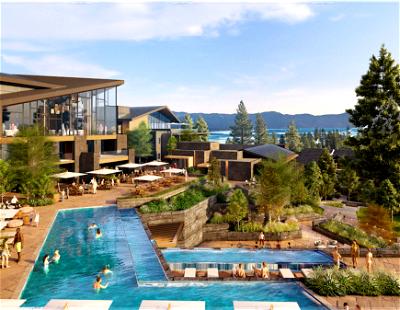