The airline has announced some significant service cuts, so that’s why I’m a bit surprised to see they’re now announcing some new routes as well.

Norwegian has announced two new seasonal transatlantic flights as of summer 2019 — from Chicago to Barcelona and New York JFK to Athens — both of which will be operated by the 787.

Meanwhile on Saturdays the route will operate with the following schedule:

Meanwhile on Tuesdays and Saturdays eastbound and Wednesdays and Sundays westbound, the route will operate with the following schedule:

Norwegian’s SVP of Commercial Long Haul and New Markets has said the following of the new routes:

“Norwegian is fully committed to the United States and have answered our passengers’ growing demand for more destinations from both New York City and Chicago. Already serving most of Europe’s top destinations, Athens is an exciting addition to our transatlantic route network. Barcelona, which we added two and half years ago from the U.S, is performing so well that we are adding both a new route, from Chicago, and increasing frequencies from both New York City and Los Angeles.”

It goes without saying that Norwegian is an ultra low cost carrier, so if you’re in economy you can expect to pay for all kinds of extra things, including seats, bags, food, drinks, etc. Still, for travel in summer those are some excellent fares. 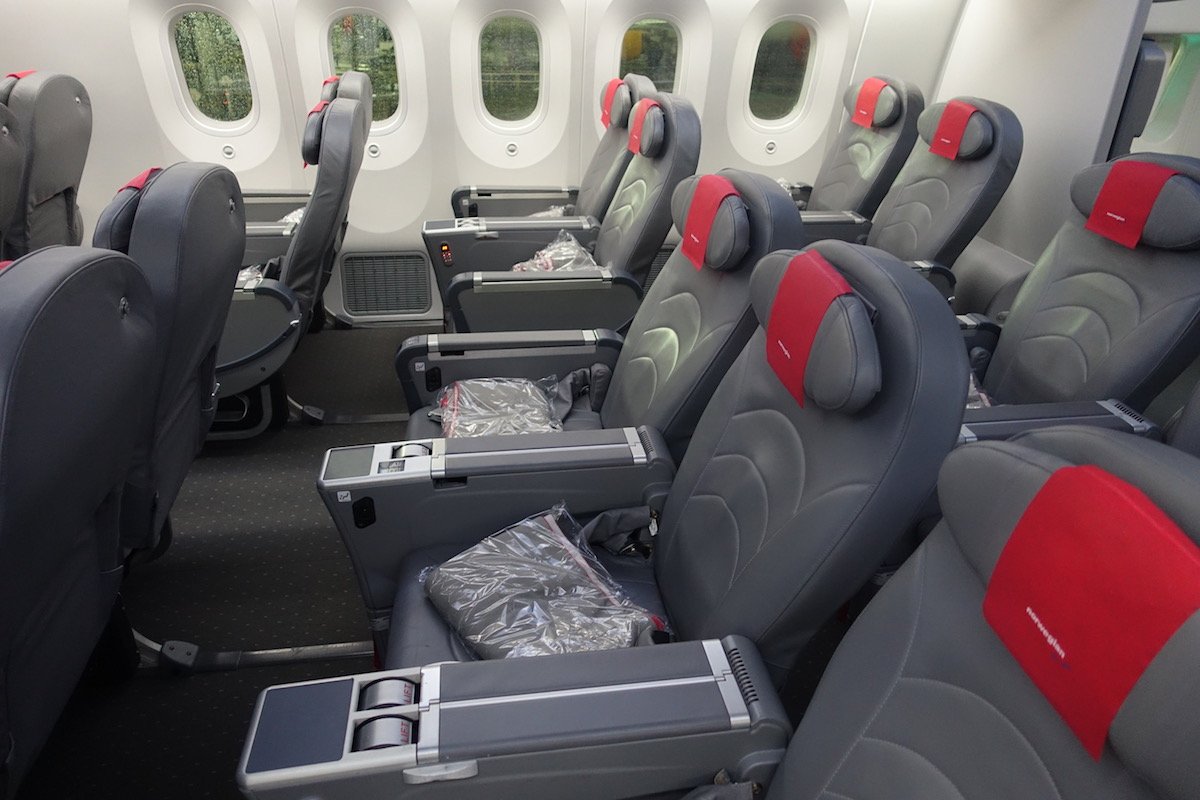 Norwegian Premium on the 787-9

Norwegian economy on the 787-9

Norwegian is going through a tough time, though it’s great to see that they’re still focused on strategically adding routes. Clearly the airline does well with Barcelona, given how many routes they operate there from the US. The only airline they’ll be competing against directly in that city pair is American, which flies between Chicago and Barcelona using a 787-8.

I find the Athens route to be more interesting. Obviously Greece is very popular in the summer, though they’re going up against Delta, Emirates, and United, all of which fly between New York and Athens in summer.

I’ll be curious to see how that route performs.

What do you make of Norwegian’s new transatlantic routes?

Is there any worry that bankruptcy will cancel our flights?

Hi, I plan on getting two airfares from Chicago to Barcelóna and return to Chicago. Departing on For or Saturday, August 30 or 31, and returning home on Monday, September 16, 2019. When can I purchase tickets?

Hi, I plan on getting two airfares from Chicago to Barcelona and return to Chicago. Departing on Friday or Saturday, August 30 or 31, 2019 and returning home on Monday, Sep16, 2019. Would like the premium , Thanks and when can I make book flights? Wanda Clark