Video footage is going viral of a passenger abusing a Singapore Airlines crew. Perhaps the most shocking part of the story is the (lack of) punishment, though.

This incident happened on the Tuesday, November 8, 2022, Singapore Airlines flight SQ711 from Bangkok (BKK) to Singapore (SIN). In a video that has gone viral on TikTok and has been seen by millions of people, a man can be seen screaming at and threatening a crew member.

Specifically, the video was captured after the Airbus A350 landed, just prior to disembarking. The seatbelt sign was still on, but this traveler didn’t obey that, and got up anyway. A crew member standing between business class and premium economy asked the guy to return to his seat, but he refused.

Eventually the flight attendant does hand him water, to which he responds as follows:

Keep in mind that the flight time between Bangkok and Singapore is right around two hours, so I think it goes without saying that this was an exaggeration, as Singapore Airlines has an extensive inflight service on this sector.

It would appear that the problem actually started during the flight, when the guy made multiple requests for alcohol, and was refused after the crew assessed his state of sobriety.

Denying him was obviously a good call, even if it was too late at that point. There are other videos on social media of the same passenger getting in arguments with other passengers and crew members during the flight, and even sitting on the floor of the plane.

This man was punished with a verbal warning

Here’s the surprising part, as noted by The Straits Times. People often joke that Singapore is a police state, and that you can get arrested for just about anything. Well, upon landing this passenger was escorted off the plane by police officers and was… given a verbal warning?!

Really? Look, in the United States I feel like flight attendants sometimes go on power trips, and love the authority to kick people off “their” plane if they don’t like the tone with which someone speaks to them. But this is the other extreme. This man verbally assaulted the crew member, refused to follow crew member instructions, and threatened physical violence.

There’s nothing about this guy’s behavior that makes me think he has any remorse. He presents an equal threat to passengers on the next flight he takes. We can just hope that he once again misbehaves after landing and not earlier, so that a diversion isn’t needed.

A passenger on Tuesday’s Singapore Airlines flight from Bangkok to Singapore verbally assaulted the crew, and threatened physical violence. While the passenger claims he had asked for water for two hours and was refused, in reality it seems that the crew refused to serve him alcohol.

For a country as strict as Singapore, it’s a bit surprising that this passenger only got a warning.

Ahh, just the usual piece of turd white trash that you see travelling in Asia who feels "superior" to the smaller-built Asians. I've had run-ins with these uneducated inbreds over there and it's amazing how quickly a knee to the crotch or an elbow to the nose will bring them down to earth. Good times!

Oh, I have no doubt he's American. I was merely trying to deflect the embarrassment over his behavior to the exceedingly polite US neighbor to the north, thus my use of the smiley face. 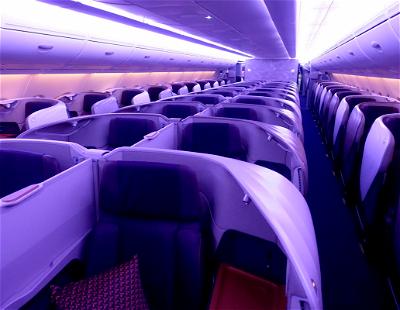 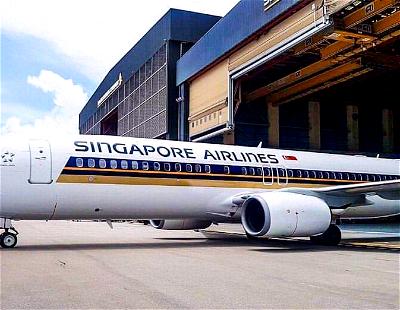