If you’re scheduled to fly from New Zealand in the coming days, you may be faced with an extra stop…

New Zealand will get its next shipment of jet fuel on December 12, but it’s expected that rationing will continue to be in place until at least December 18.

As you’d expect, the timing here isn’t exactly great, as New Zealand enters its peak travel season, after having reopened borders earlier this year. Demand for travel to and from New Zealand is high, as it’s about to be summer, and the holidays are right around the corner.

Z Energy, the company that is responsible for supplying the jet fuel to New Zealand, has apologized to airlines and customers for the situation.

How airlines are dealing with the jet fuel shortage

So, how are airlines handling this jet fuel shortage? Flights to New Zealand should operate as scheduled, as this just impacts flights that require fuel from New Zealand. So far the jet fuel rationing seems to mostly be impacting long haul flights.

For example, United Airlines’ Auckland to San Francisco flight is stopping in Honolulu to refuel.

Meanwhile American Airlines’ Auckland to Dallas is stopping in either Honolulu or Los Angeles to refuel.

While I don’t know the background on this, on Monday American Airlines will be operating a roundtrip flight from Auckland to Christchurch. I would assume that there’s more fuel available in Christchurch than Auckland, because American has delayed its Auckland to Dallas flight on Monday, but it appears that it will operate nonstop.

Air New Zealand long haul flights largely seem unaffected, with most services to the United States operating as scheduled. Of course that could change, as it’s expected that the jet fuel shortage will continue to be an issue for roughly another week.

New Zealand is currently dealing with a jet fuel shortage, due to a large, contaminated shipment that recently arrived in the country. This is causing some airlines to make fuel stops when departing from New Zealand. While the next jet fuel shipment should arrive on Monday,there could be operational issues for roughly another week.

New Zealand is a fool country, like France. New Zealand's air force has the same number of fighter jets as Monaco or Vatican City, zero. If there is an airliner incident near New Zealand, they have no capacity to intercept the plane. Maybe from the ground, they can toss some kiwifruit in the air. They also chased away the US Navy, making impossible demands that US Navy ships haven't visited NZ in years.

@ Vinay NZ is well placed to supply about 41% of its energy needs from (mainly) hydro and geothermal thanks to its geological setting. To note that the intrinsic efficiency of geothermal energy generation is limited. The closure of the Marsden Point refinery was a matter for its corporate owners (Channel Infrastructure, partly owned by BP, Mobil and Z Energy) backed by its shareholders. It is reported that the company did not seek government assistance to maintain its operation. Oh yeah, the refinery was transferred into corporate ownership when the petroleum was deregulated (by a "Labour" i.e. Democrat government). So, basically, you are spouting absolutely crapola, especially when it comes to delusions about woke virtue signalling. Incidentally, Australia has a 24-day reserve of jet fuel, to be increased to 27 days by mandate of the current federal government. Go ahead, live in ignorance, just another Dumb Right Wing American attached to misplaced memes and misconceptions and squawking nonsense just like the daft Donald Dabbling Duckling. PS. A dabbling duck is one that feeds by plunging its head underwater and sticking its smelly rear up into the air....;)

Yes, not just North America flights but Asia flights are impacted too. CX diverted their AKL-HKG flight to refuel at BNE. 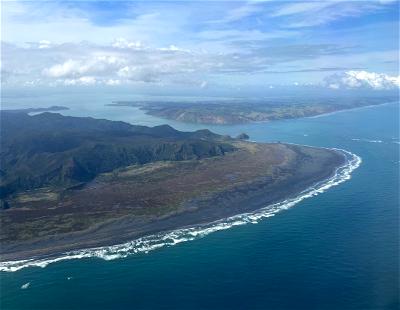