On Monday I wrote about the awful story of how Lufthansa allegedly denied many passengers boarding on account of being Jewish.

There’s a bit more to the story, so I’d recommend checking out the original story. In this post I wanted to provide an update. While Lufthansa first issued an apology on Tuesday, the carrier’s CEO has now gotten involved, and we’ve also learned that some employees have been suspended.

On Tuesday (the business day after this story went viral), Lufthansa issued a statement, apologizing for what happened with the above incident. Here’s the statement from Lufthansa:

On May 4, a large number of booked passengers were denied boarding on their onward flight with LH 1334 from Frankfurt to Budapest. Lufthansa regrets the circumstances surrounding the decision to exclude the affected passengers from the flight, for which Lufthansa sincerely apologizes.

While Lufthansa is still reviewing the facts and circumstances of that day, we regret that the large group was denied boarding rather than limiting it to the non-compliant guests.

We apologize to all the passengers unable to travel on this flight, not only for the inconvenience, but also for the offense caused and personal impact.

Lufthansa and its employees stand behind the goal of connecting people and cultures worldwide. Diversity and equal opportunity are core values for our company and our corporate culture. What transpired is not consistent with Lufthansa’s policies or values. We have zero tolerance for racism, anti-Semitism and discrimination of any type.

We will be engaging with the affected passengers to better understand their concerns and openly discuss how we may improve our customer service.

Given how much media attention this story has received, Lufthansa CEO Carsten Spohr has personally gotten involved, as reported by DansDeals. This week Spohr had a roughly 30 minute video chat with Yehuda Teichtal, who is a Rabbi in Berlin. It’s not entirely clear why Spohr chose to speak with him rather than another Rabbi (I guess Berlin is Germany’s capital, but that’s the only connection that has to this incident).

Below is a short clip of Spohr speaking with the Rabbi. While the full contents of the call aren’t known, Spohr has confirmed that employees have been suspended as a result of this incident, though it’s not clear which employees have been suspended (is it those communicating with passengers, the captain who made the decision to not allow Jewish passengers onboard, or…?).

Spohr also emphasized that the airline is working on better training to ensure that something like this never happens again.

My take on Lufthansa’s apology & response

Only time will tell how this evolves, though it seems like Lufthansa is taking this seriously. In fairness, that may very well be because the airline realizes it has no choice but to do so.

Lufthansa has issued an apology for a recent incident where dozens and dozens of passengers were denied boarding due to the actions of some passengers. While there’s obviously still a full investigation that needs to be completed, I’m pleased to see how quickly Lufthansa has acknowledged what happened (that people were incorrectly denied boarding), and that this doesn’t reflect the company’s values.

Furthermore, Lufthansa’s CEO is now even personally involved, and has confirmed that employees have been suspended. Once a full investigation is performed, hopefully further action is taken to make sure that something like this doesn’t happen again.

What do you make of Lufthansa’s apology and response so far?

I'm Jewish (observant but not Orthodox), and I was horrified by the incident. I find this apology perfectly acceptable. It doesn't equivocate, and it doesn't skirt responsibility. It is frankly better than 99% of corporate waffles. It says individual passengers will be contacted, and it says it's not done with its investigation (and are thus not likely to use strong language, especially if it might put them in legal jeopardy, in a preliminary statement like this). It sounds as though LH are taking the issue seriously, and I'm frankly surprised that it's not a perfunctory "we're sorry you feel this way, now let's move on" kind of statement. While the statement doesn't explicitly address the fact that people were singled out based on Jewish appearance, it implicitly acknowledges it by mentioning "offense caused" (presumably from discrimination based on religion) and "personal impact" (presumably the experience of a Jew being told by a German authority they can't do something because they're a Jew). And also by specifically mentioning anti-Semitism as counter to their values. As for the "large group," yeah, I think the language could have been chosen more thoughtfully, but it seems very clear to me that it is referring to the "large number of booked passengers" mentiioned in the first paragraph, rather than a "large group of Jews." I mean, sure, they might have meant the latter, and they should have said it better, but I'd be unhappier about it if it didn't seem to obviously refer to the group of booked passengers previously referenced.

Me and my friend were on that flight from JFK to Frankfurt that is now all over the news. I can only agree, you are describing exactly what happened on that flight too. It wasn’t a single passenger or a few that did not comply to the mask mandate, it was a majority of traditionally dressed people. And that wasn’t the only problem. They were standing in the isle in large groups, even though the crew and pilots made announcements that it was not allowed. A few attacked me verbally because I asked them to put on their mask. I was told to shut up and it’s not their problem. They started discussions because they didn’t order kosher food and were upset cause the flight attendants didn’t have any. I have never seen so much trash everywhere after the plane landed. It wasn’t right from Lufthansa to deny everyone that was dressed in the traditional attire their connecting flight. But it wasnt a “single person” or “a few” that didn’t wear a mask & didn’t comply with the rules (and yes there were a few other people who did not wear the mask correct too, but the percentage was super low and they had no connecting flights) . It was the majority and a lot of people that were on that flight and are now complaining about what Lufthansa did should not leave out their absolut selfish and disrespectful behavior on the flight that caused all of this.

Group can mean a number of individuals similarly affected. It has nothing to do with how they booked. 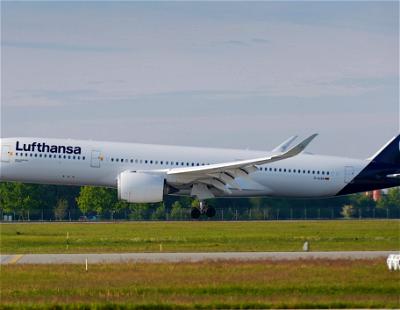 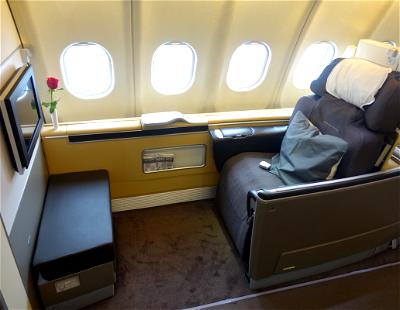 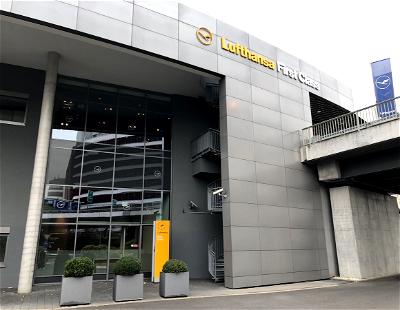