In late March, major improvements were made to IHG Rewards’ co-branded credit card portfolio, including changes to the two existing cards, and the launch of a new business card.

While these changes have been live for a few weeks, the new IHG One Rewards program has just been launched as of April 2022, so I wanted to look at the credit card changes in light of the new program, since a lot more people may now be interested in these cards. It’s now possible to earn top tier elite status through credit card spending, so I imagine that will be tempting to many.

The Chase & IHG Rewards credit card portfolio has been significantly refreshed. Often when there are changes to credit cards it’s not good news, though in this case it’s almost entirely good news. Not only have we seen changes to the two existing personal credit cards, but we’ve also seen the introduction of a new business credit card. Let’s go over the details.

Other than the slight annual fee increase, all the other changes to the card are positive. For one, we’ve seen the rewards structure on the card improve considerably. The IHG Premier Card now earns:

On top of that, the card has several additional new perks, including:

Except for the $10 annual fee increase, these changes are fantastic across the board. You get up to $50 in United Airlines credit annually, and free night certificates are much more flexible. IHG Diamond status also has the potential to be worthwhile, as it offers complimentary breakfast, plus with the Milestone Rewards program you can earn confirmed suite upgrades plus club lounge access. The value here is potentially huge.

The value of putting spending on the card is also much better, given the improved points earning structure and threshold bonuses. The other existing benefits not mentioned continue to exist, including a fourth night free on award redemptions, a Global Entry or TSA PreCheck credit, etc.

The IHG® Rewards Traveler Credit Card (review) is offering a welcome bonus of 80,000 IHG points after spending $2,000 within the first three months. The card continues to have no annual fee, and has a few positive changes.

The rewards structure on the IHG Traveler Card has improved considerably, as the card now earns:

On top of that, the card has all kinds of additional new perks:

The changes here are awesome, as the no annual fee card finally offers some elite status without spending, and the points earning structure has also improved considerably.

The new IHG® Rewards Premier Business Credit Card (review) has recently been launched, which is IHG’s first business credit card. The card is offering a welcome bonus of 140,000 IHG points after spending $3,000 within the first three months. The card has a lot of overlap with the IHG Premier Card — both cards have a $99 annual fee, and the perks are also largely similar.

As far as the rewards structure goes, the IHG Premier Business Card earns:

The card offers the following perks:

This is an extremely compelling business credit card, and I’m sure it’s a card many will want to apply for.

Significant changes have been made to the IHG credit card portfolio, and I’d say this is overwhelmingly good news:

In addition to these cards generally having a great value proposition, we’re also seeing fantastic welcome offers on all of these cards, so this is a great time to apply.

What do you make of these IHG credit card changes?

What about the old IHG select card that some of us are grandfathered in it? Does it get any upgraded benefits. Thanks

I have the old IHG Reward Club Mastercard (annual $49 fee) Any changes on the earning structure on this card?

@ Khatl -- I asked about this, and was told that there is no info about IHG Select changes yet, but if I get more details I'll be sure to pass them on. 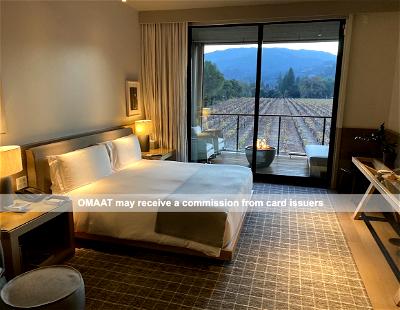