Environmentalism has become an increasingly important topic in the aviation industry. Not only have airlines made pledges about reducing emissions, but we’ve seen some governments impose restrictions on airline travel, from banning short haul flights, to increasing taxes on flying, to adding permanent airport passenger caps.

Interestingly little has been done to restrict private jet flights… until now.

France looks to regulate use of private jets

French Transport Minister Clément Beaune has floated the idea of further restrictions on the use of private jets, ideally on the European Union level.

This follows the use of private jets having surged during the pandemic, despite an estimate that an hourlong private jet flight emits roughly one-quarter of the average European’s annual emissions. For context, roughly 10% of all departing flights in France in 2019 were by private jet, and half of those flew fewer than 300 miles (presumably many of those were empty leg repositioning flights, not that this makes it any better).

Beaune explained that average people can’t be asked to make sacrifices to save energy and combat climate change while others take private jets:

“Certain types of behavior are no longer acceptable. We have to act to regulate flights on private jets. There can’t be a means of individual travel for comfort at a time when the president’s campaign requires everyone to make an effort.”

Beaune is hoping to meet with other transport ministers from the European Union in October, as he thinks the EU acting together would have more of an impact.

As French government spokesperson Olivier Véran explains, restrictions on private jets would signal that the same rules apply to all:

“It has symbolic value, and symbols are important. The French should not have the feeling that it is always the same people who are asked to make an effort, that is to say, the working and middle classes.”

While you might see headlines suggesting that France is looking to outright ban private jets, that’s not quite accurate. Julien Bayou, the leader of the French Green Party, has called for a total ban on private jets, but that’s not being considered by the current administration.

There’s no denying that people will have strong opinions on this on both sides.

Some people will argue that the government shouldn’t meddle in peoples’ business, and think people should be able to spend their money how they’d like to.

At the same time, the reality of the current situation is that “average” consumers are restricted in where they can fly. For example, France has banned domestic airline flights that can be covered in under 2hr30min by train. These rules apply to everyone, except those who are rich enough to fly by private jet.

If a country is going to set a certain goal of reducing emissions, it doesn’t seem fair that 99%+ of people have to make changes, while a small percent of rich people can do whatever they’d like.

Now, in fairness, an outright ban on private jets won’t work, in my opinion — not in France, and not on the European Union level. That being said, those with private jets have money, so why not just tax private jet flights to & from France at a very high level? Tax them enough so that they’re more than “offset” in terms of their carbon footprint.

Private jet flights already face all kinds of taxes, so why not have a dedicated tax that goes into carbon offset programs, taking some of the guilt away from these flights? Admittedly it’s not a perfect solution, but it addresses the concept of “average” people making sacrifices, while the super rich can do whatever they want.

France’s Transport Minister has made it clear that he’s looking to add restrictions on private jet flights, and is hoping to partner with other transport ministers in the European Union to come up with a cohesive plan.

We’ve seen governments in Europe add all kinds of restrictions on airline travel, ranging from banning short haul flights to increasing taxes. In that sense, it doesn’t seem unreasonable to do something to restrict private jet flights, whatever form that might come in.

I can’t imagine the EU will be able to agree on something here, though I could see France at least doing something to restrict flights to & from the country.

What do you make of the French government’s plan to add private jet flight restrictions?

I agree with Ben, France is still a semi-democractic semi-free market country last time I checked. Add higher fuel taxes to private jets and/or add take-off/landing fees. If you want to take your jet 300 miles, you can pay a premium to do it. The goals are both environmental (long-term) and energy consumption reduction (short term, Russia-driven).

Can the rest of the world not just restrict france? Bunch of clowns. 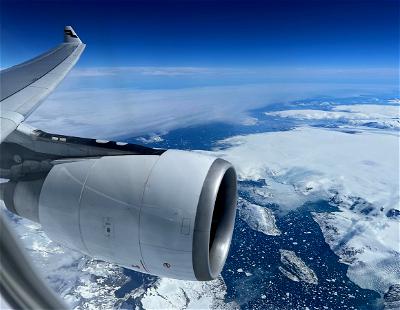 80
Video: Sobbing Man Finds Out He’s Not Allowed To Fly