Craig Alexander is an active Delta Boeing 757 captain who is suing Delta for $1 billion in Georgia state court for trade-secrets theft. He claims that he developed a text messaging app for flight crews that the airline ended up stealing. He had pitched the concept to Delta, was turned down, and then Delta allegedly launched a very similar app.

According to the lawsuit:

What is Delta Flight Family Communication?

Here’s how Delta described the concept of FFC when it was launched in 2018:

The innovative and proprietary Flight Family Communication platform ensures employees, or flight family members, working an assigned Delta flight have the ability to communicate directly with one another about the status of dozens of tasks and customer service items required before departure – think catering, cleaning, fueling, accounting for carry-on and checked bags, inspecting aircraft, etc. ​

The real-time digital conversation stream is visible to pilots on electronic flight bag tablets, to flight attendants via handheld SkyPro devices, and on desktop platforms for gate agents, flight dispatchers, system operations managers and Airport Customer Service Tower personnel. It provides each with shared awareness from their own work spaces in the airport or around the aircraft about the status of pre-flight activities, instead of relying on word of mouth, radios and jetway phones to relay information through multiple people — an antiquated process that airlines have been beholden to for decades.

Is this a billion dollar lawsuit?

Alexander claims that the app that Delta ended up launching has significantly smoothed operations, and he states that the value of the app “based solely upon operational cost savings to Delta, conservatively exceeds $1 billion.”

“To add insult to theft and injury, Captain Craig Alexander must use his stolen QrewLive text messaging platform every day while he works for Delta. Each time he looks at the FFC app, he is painfully reminded that Delta stole his proprietary trade secrets, used them to Delta’s enormous financial benefit.”

What’s Delta’s side of the story? A Delta spokesperson had the following to say about the lawsuit:

“While we take the allegations specified in Mr. Alexander’s complaint seriously, they are not an accurate or fair description of Delta’s development of its internal crew messaging platform.”

I’m obviously no lawyer, but here are my general first impressions:

A Delta Air Lines captain is suing his airline for $1 billion, claiming the airline stole the concept of his app. According to the lawsuit, he had spent over $100,000 of his own money developing the app and was in discussions with Delta about selling it. The airline eventually turned him down, but then created a messaging system that was very similar.

The pilot is now seeking $1 billion in damages, claiming that this is conservatively the operational cost savings to the airline for the new messaging app.

I’m curious to see what comes of this…

What do you make of this billion dollar lawsuit against Delta?

Intellectual Property claims are very expensive and difficult to litigate and win as a plaintiff -- been there and done that. We had a unique service that was sold to multiple fortune 500 companies. We had a good contract and confidentiality/NDA terms. Our product was so good the industry association decided to create a knock off version. It took 5 years and an enormous amount of money to eventually win. But the defendants spent $10M in legal fees trying to grind our small business into a bloody pulp. Corporations will spare no expense in such a matter. They just add the expenses to their consumer's cost and it is deducted as a business expense. Note that such disputes almost never argued for the plaintiff on a contingency basis; you have to write a check for you counsel each month, for years. The barriers to file such a lawsuit are very high and it simply wouldn't get filed if it had no merit. Make no mistake about it, the legal system is highly deferential to megacorpations and their $800/hour lawyers and hold individuals and small business with disdain.

Calvin Klein did the same thing to Kramer with "The Beach" cologne. There's no justice.

Not a lawyer, but in the United States, most employers are entitled to [the benefits from] all work products you have developed at their direction or on company time. Unless you have developed a novel idea, 100% on your own time, unrelated to your work duties, your idea belongs to your company/employer. That's an over-generalization, of course, and it may vary according to your state and any employment agreements made when you were hired. However, if your company received a patent on the idea, you should have been included/credited on the application. You could/should speak to an attorney if you have a strong case.

113
Will Delta Ban The Man Who Killed Bin Laden? 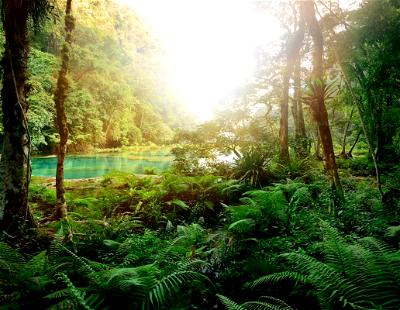 30
Which Planes Have Delta One Suites?