I don’t know what’s going on, but it’s all very strange…

Late Tuesday night, we saw a major failure with the United States Federal Aviation Administration’s systems, impacting thousands of flights. Specifically, the FAA experienced an outage related to the Notice to Air Missions (NOTAM) system. This is a vital program that relays important safety related messages to pilots, and it suddenly stopped working.

Shortly after 12PM ET today, NAV Canada, which is Canada’s air navigation service provider, also reported issues. Specifically, NAV Canada stated that the NOTAM entry system was experiencing an outage that was impacting newly issued NOTAMs, and work was being done to restore the functionality.

Fortunately for Canada, this didn’t impact flight operations, so there were no significant operational issues. In Canada’s case, this was resolved within two hours, though NAV Canada indicated that it would continue to investigate the cause of this incident.

This is where it gets strange. We still don’t know what caused NOTAM issues in the United States, though initial reports indicated there was no sign of this being a hack or cyber attack.

With something similar happening in Canada just hours later, you’d think that the problems are linked. However, that’s allegedly not the case. NAV CANADA believes that its outage is unrelated to the FAA outage experienced earlier.

This is obviously way beyond my pay grade (I don’t understand the backend technology of NOTAMs), but huh?! This is really strange…

The United States had an air traffic meltdown in the past 24 hours stemming from issues with its NOTAM system, which is essential for communicating safety advisories to pilots. The issue has been resolved, though hours later Canada experienced a similar problem, which it claims is unrelated to the failure in the United States.

One has to wonder what on earth is going on here.

What’s your take on these two similar but unrelated NOTAM issues?

Right. The US has been led by Biden and Buttigieg has been the head of DOT since 2021 and Canada has been led by Trudeau since 2015, but it took the former 2 years and the latter 7-8 years to cause something bad to happen with a software system that none of them actually uses. Makes perfect sense. God these comments are a total open sewer.

Actually, no, they wouldn't be. Unless you're one of those conservative freaks that keep telling women what they can do with their bodies and claiming that drag queens are pedophiles.

Yeah, and Trump, Chao, and Stephen Harper would have been so much better, wouldn't it? 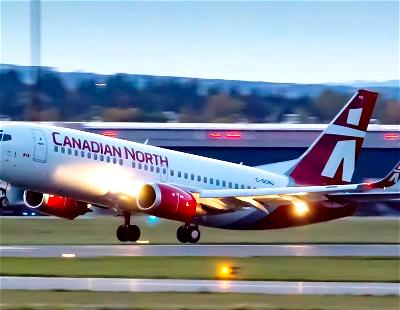