For a long time now I’ve been meaning to test out whether young passengers are treated any differently in premium cabins, especially when they don’t “dress up.” I hear horror stories all the time from others that have awful experiences, from being told that they’re not allowed to use a “premium” check-in line, to being belittled by fellow passengers during boarding. I typically wear khakis and at least a polo when I fly, and surprisingly enough I’ve never had any sort of “situation” while flying. The only time I had an issue was while ticketing something once, where I came straight from class and as I got in the first class line the agent said “wrong line, buddy.”

Given that I had a mileage run this past weekend including five segments in premium cabins, I decided to give it a try. In all honesty it was a spur of the moment decision. I only booked this trip last Wednesday, and decided I would do this at 6AM on Saturday as I was getting ready to head to the airport. I simply wore sweats, sneakers, and a t-shirt. I should also preface this by saying that my sample size is way too small to draw any conclusions, and I could definitely have been much more obnoxious to get more reactions, like lining up on the red carpet 30 minutes before boarding.

On my way to the airport on Saturday I thought about what I was really expecting. I didn’t think I’d get any different treatment from FA’s, but at the same time I figured I might get some comments on the “red carpet,” be it from gate agents or fellow passengers.

Before I get into specifics about the individual flights, my “red carpet” experience was consistent. I always tried to stay in the middle of the “pack” of premium passengers boarding, and purposely kept my boarding pass in my pocket. Boarding was so fast paced that no passenger made a comment, but at the same time I could notice passengers inching closer to me and sort of standing next to me as we proceeded to the red carpet, as opposed to behind me. There was definitely a slight noticeable difference. To do a more fair test I should have probably lined up on the red carpet in advance, flown a larger aircraft where the premium boarding takes longer, or kept my boarding pass in my pocket longer, and even have to search for it (only for a second or two) as I came up to the jet bridge. All that being said, none of the gate agents said anything or even blinked an eye as far as I could tell.

Now a bit about the flights: I did notice a slight difference in service on my first flight, IAD-DEN, by which the FA seemed to treat the other passengers with more respect, although in very minor ways. For example, she would respond with “you’re welcome” when other passengers said “thanks,” but not to me. Of course it could just be chance attributed to other factors, but I noticed a minor difference.

DEN-SFO couldn’t have been any better. It was an ex-Shuttle 737, and the purser was the most enthusiastic I’ve ever had, and couldn’t have provided more consistently excellent service. If anything this guy was over attentive. I felt like I was on Singapore Airlines for a few minutes. He addressed each passenger by name (even though there were no meal orders to be taken), and was constantly refilling drinks. If anything he was too enthusiastic. For example, he started serving the meals as soon as we hit 18,000 feet, and by that I mean the meals were literally on our trays by the time the double chime sounded. I asked him if I could wait just ten minutes, since I needed to get something out of the overhead first (namely my camera). His response couldn’t have been more apologetic and enthusiastic, as if it was somehow his fault for not reading my mind. OK, this is turning more into a service report than anything else, but I just needed to share.

SFO-SEA was once again top notch. This was a 757, and right before the flight it showed only eight seats taken in first, while all 24 were full when the door closed. It was obvious that 2/3 of the cabin were non-revs, and everyone received great service. Actually, not dressing up probably helped me in this case, since it clearly identified me as a revenue passenger. First class on this flight looked like pictures I see of travel in the 1960’s, where everyone dressed up to fly. Of course in this case it was because they had to, and not because they wanted to!

SEA-ORD was once again top notch. We had a senior SEA-based purser that was awesome. I slept take-off to touchdown, but he was extremely nice for the two minutes I talked to him.

ORD-EWR also had excellent service. I felt bad for one of the FA’s, that was explaining to one of her colleagues that she got up at 1:30AM to get to the airport, since she lives three hours away by car and commutes. While it’s her choice, I really feel bad when I hear stories like that. All of the FA’s were top notch, and one of the FA’s even thanked me for my “support.”

So I think it’s safe to say that I experienced very little “discrimination” on my trip, but again it’s such a small sample size that I wasn’t expecting to have any conclusive evidence. I was however expecting a few “you don’t belong here” comments, but I was pleased to see that society (at least for this trip) has gotten beyond that.

Not that it has anything to do with this experiment, but I had one of the most annoying pursers ever on IAD-TPA. It seems to be a new trend that some FA’s “threaten” passengers with a late departure if they don’t hurry up boarding and stowing their carry-on bags. Don’t get me wrong, the service wasn’t awful, but the purser just had very condescending announcements. Not surprisingly she also made it clear that “flight attendants are primarily here for your safety.” Go figure!

While I am no longer young, I still find it amusing to wear jeans, sneakers and a t-shirt in first class. I have been doing this throughout my 20's and 30's, and have never once felt discriminated against. Bad service happens, but I haven't seen any corralation to my attire.(or age when I could pass for early 20's)

How young are you??? And how do you get all this money for mileage runs if you are so young?

next time do it in your pajamas. i see teenage girls on band and choir trips doing this all the time (tho usually in coach). with slippers even. and take pictures! 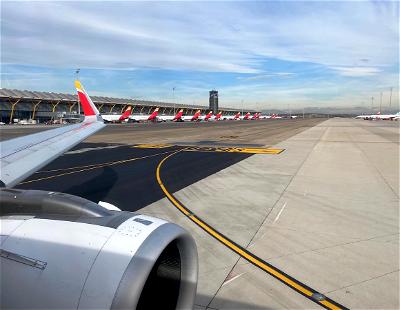 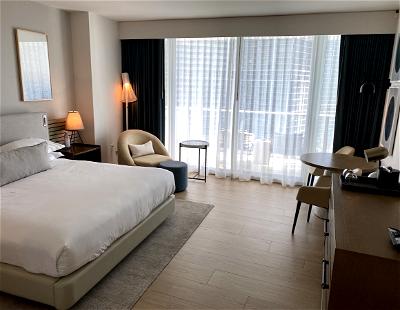