As I hinted at earlier (yes, in the third person), my bump luck finally changed this past weekend. And this was only two days after I made a post complaining about how United doesn’t seem to oversell anymore. Best of all, they were oversold by quite a bit and I was traveling with two friends, so we all cashed in.

It happened on Sunday afternoon on United 973, which is the 747 United runs between Chicago and San Francisco. The three of us got to the gate area about 90 minutes before departure, and I immediately took a look at the departure monitor, which made the shot of a bump look pretty promising. With 90 minutes to go till departure, there were 12 seats remaining and 24 passengers confirmed awaiting seats. The former number refers to the number of seats that have not yet been checked in for (and you can bet 12 people on a 747 are still checking in between 45 and 90 minutes prior to departure), and the latter number refers to the number of passengers that are confirmed on the flight and don’t have seat assignments yet, which isn’t accounted for in the number of seats remaining.

So at 90 minutes out they were already oversold by 12 people, not accounting for those that hadn’t checked in yet. I approached the gate agent and got all three of us on the bump list, though the agent didn’t seem so confident that they’d need volunteers yet.

We hung around the gate area and waited and waited. We continued to watch the monitor until there were zero seats remaining and 26 people confirmed awaiting seats. There was even a supervisor at this point walking around the gate area asking if anyone wanted to volunteer. Apparently United no longer offers free tickets as compensation, so the standard offer nowadays is $400 regardless of the length of the delay incurred (which is a nice change overall, in my opinion).

There was more good news in our never ending game of strategy. The flight was delayed by about 20 minutes. Why is this good news? It means that more people that are confirmed on the flight will make it — either those running late to the airport will actually make it to the plane, or those making tight connections will make it. And the more people that show up, the better the shot at the bump.

But that only works up until a certain point. When the flight gets delayed by an hour or more, people start to reroute because they’ll miss their connections, which can hurt bump chances.

So as the departure time kept getting pushed back, we got more and more nervous. Even though other passengers would not misconnect, the gate agent paged the passengers that were connecting to San Diego, offering to put them on a nonstop flight. Smart strategy on United’s part — don’t offer compensation, just spin it off as if you’re doing the customer a favor. Now I really should go up to the passengers that are about to accept these offers and tell them to hold out, as they could get the same flight plus $400 if they waited.

It seems like a few passengers accepted reroutes, though not too many. The departure time kept being pushed back because the plane had arrived late, but at around departure time the agent paged me. She rebooked me on an 8PM flight from Chicago to San Francisco, and said “if you wanted to, it looks like you might just be spending the night here.” She printed out my new boarding pass for a middle seat (not even in Economy Plus), a customer commitment flight for the next flight as she already put me on the bump list, and $400 in vouchers. I then asked if she could also make sure the friends I was traveling with would be bumped, as we were flying together, and she agreed.

She then paged them, and since their final destination was Los Angeles, she put them on a nonstop flight that actually got them in about two hours earlier. She also indicated to them that they might be spending the night if they wanted to.

Unfortunately neither of our later flights were oversold, but I did manage to switch my seat to an exit row window seat (and that’s where the stalker gate agent story comes into play… stay tuned). The 747 ended up being delayed over two hours, so it ended up leaving the same time that my friends’ flight to Los Angeles did.

One more quick note — the flight between Chicago and San Francisco was an A320. After the whole upgrade list was cleared, I was number 11 on the upgrade list. Now I won’t count that against my perfect upgrade percentage since I didn’t choose to book that flight and I was only added to the list after all first class seats were assigned, but still. Lots of elites on those hub-to-hub flights!

Now the story of how I got an exit row seat is coming up next, thanks to my lovely gate agent “friend” (enemy?) at ORD…

Could it be that this was the old-school 747 brought out from the desert with fewer seats than the new 747?

Does fastair play into to your next story? ;)

When assigned to a middle seat (usually due to a last minute work assignment or change) I arrive early and, after checking the monitors, say to the gate agent, "I know there's no way I'll get upgraded, but when you do start clearing the OTHER elites, or before assigning standbys, could you transfer me one of their window or aisle seats". I'm *gold and it has worked about 20 times over the last 2 years. 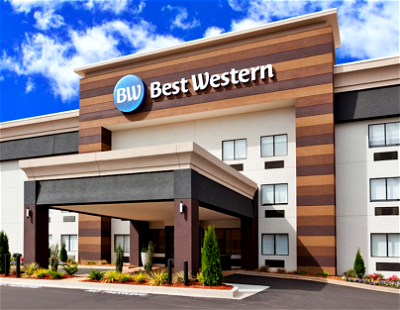