Well this is going to be costly. China will be blocking Marriott’s website and mobile app for the next week as punishment for what the world’s largest hotel chain has done. What horrible act did Marriott commit to deserve this punishment? In a Mandarin language questionnaire that they sent to customers earlier in the week, they listed Tibet, Hong Kong, Macau, and Taiwan as separate countries, which China views as disrespecting Chinese sovereignty.

Per Reuters, a Marriott spokesperson issued the following statement through the company’s official Weibo account:

“Marriott International respects Chinese sovereignty and its territorial integrity…We sincerely apologize for any actions that led to misunderstanding on the aforementioned stance.”

The Chinese government is asking Marriott to “take down all relevant content, conduct a thorough check on all contents it posted on its website and online application to prevent anything similar, and address the public’s concern in a timely fashion to eliminate a negative impact.”

Ben, Can't believe this, but Hip Hip Hooray for Marriott, they really got it right this time about Tibet and our hats are off to them. They took the small pain of their website being down for a week, but they really made a great statement that Tibet is and should be independent or at least still be able to remain a Tibetan country rather than genocide of its people. God is watching over that area. Kent

@Charles S I think you missed my point here. I’m really not trying to justify any government. I certainly know the inherent problems with authoritarian governments (purging, oppression, etc.), but it doesn’t necessarily makes all the other actions of an authoritarian state “evil”, as many others seemingly assume here. It seems many agree that calling Hawaii, Alaska, or Puerto Rico a country doesn’t seem appropriate. Especially with China, this issue is more sensitive and seems to be more about their political correctness. Since u mentioned 1989, I recommend you to watch the 3 hr documentary about it. You probably know the eventual military actions, but you perhaps dont know how Zhao Ziyang, the General Secretary of CCP went to Tiananmen Square and supported the student protests. Political issues like these are complicated and cannot be simplified as “China killed thousands of student protesters”. What’s more, if you really know enough about the event, you would know that Jiang Ling’s statement about tanks running down people contradicts directly with many other student leaders(Hou Dejian etc.), who believed no one was killed on the Tiananmen Square. Additionally, I don’t know why but you keep using the term “you” to refer the Chinese government. I don’t work for the government and am hardly even related to any of the deicision Chinese government has made. More precisely, I honestly suffered from many of the policies they carry(blocking websites/VPNs etc) during my stays in China. Nonetheless, I still think it is oversimplification to call any government “evil”, as many has done so.

@Winslow I don't have the energy to argue anymore with you. Your comparisons are very very weak. You shouldn't have to justify your nations actions by pointing out flaws in others. My point was the US Military is not used to quell the local population. You are talking about police action. You bring up Ferguson but at no point did police fire into an unarmed crowd. In addition the Ferguson crowd started to violence. But no matter what you say and what you quote nothing will change your governments actions in the Spring of 1989 when your military fired on its own civilians. Now while you claim only a couple of hundred killed (already more than any police action in the US) you actually killed 1000s. You took political prisoners and purged them too. I don't have time to argue with someone who wants to compare that with Ferguson case there is 0 no comparison. And please don't try to say what about the Native Americans because that's like saying what about the Dzungar genocide 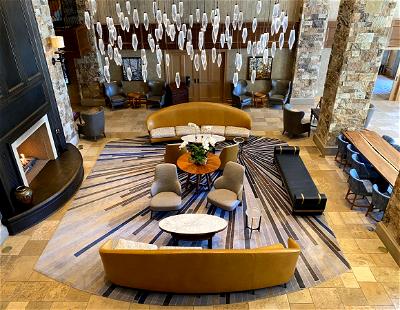