Monday night an Avro RJ85 traveling from Santa Cruz, Bolivia, to Medellin, Colombia, crashed shortly before landing. The flight was being operated by Lamia, a small charter airline with a single plane. 71 of the 77 people on the flight died. The plane was carrying a Brazilian soccer team, which was heading to the South American Cup Finals, after having performed better than ever before.

It was pretty apparent that the plane was low on fuel, both based on the pilot declaring an emergency, and also based on the lack of fire at the crash site.

Well, more details are now starting to emerge about the incident, and they’re disturbing. Very disturbing. They show just how preventable this horrible tragedy was. The Economist has a great rundown of the facts, but to consolidate them even further:

How on earth could a plane try to operate a flight beyond its range?!? As is often the case with these accidents, it seems to be a combination of many unfortunate factors:

More details will no doubt emerge about the incident over the coming days, but the facts at least seem clear. The plane tried to operate a nonstop flight beyond its range, which is mind-boggling and beyond reckless. Over the coming days I suspect we’ll learn more details surrounding the circumstances of this situation.

All crashes are tragic, but this one is especially tragic, since it seems so preventable.

Forever will this left my heart broken. One human mistake will blow a big change. Error. Failure. Weak heart. Greed. Im totally in despair with the loss of these beloved people. Totally insane. Have pilot relatives n friends, Safety first of the passengers . This is so disturbing.

[…] emerged, horror gradually gave rise to indignation, as it became apparent that several warnings of haphazard management of the trip had been ignored, thus validating the well-known axiom that in most airplane accidents not one but […]

To get into some technical info: The only way for this aircraft to have electrical failure is if all the engines are not running. So it has run out of fuel. And it is entirely wrong to keep talking about range of an aircraft based on standard figures for an aircraft. This is for a standard RJ85 under standard conditions. Depending on extra tanks, it can have longer range but I could not find any info. Have flown 4:20 with an Avro RJ85 (extra tank) myself with enough fuel to spare for emergencies (min 800kg when landing at alternate airport). These figures changes based on weight, temperature and wind. For example, at colder temperatures, you can put more fuel than the official figures. More weight aft of the plane will give higher range as well. Cruising altitude and wind are factors as well. When talking about fuel for alternate airport, I am not sure about Latin Americas but in Europe, you do not need fuel for alternate airport if the destination airport fulfill certain requirements. Like 2 independent runways. Not a good idea but it is legal. Another factor that I experienced with the Avro was, that depending on the state of the plane, engine, wind and so on, you might end up using much more fuel than what the official figures says. So his paperwork might have been ok but when airborne, he used much more. I am sure that the flight was legal, as no pilot would deliberately start a flight if the figures show that you have not enough fuel to destination unless you can plan a fuel stop somewhere. The biggest issue with the crash was the wrong term used by the pilot. When really low on fuel, like in this case, you switch transponder to emergency and declare a Mayday. Then you will get first priority to land. And even if you do not get, he should just have told ATC that he was flying to the field to land. It is better to file a report than to crash. Seems like he was still asking for vectors after he ran out of fuel. As far as I can see, he should have been able to glide the plane down from holding and land even after running out of fuel. These airplanes are really easy to handle, even with all engines out. 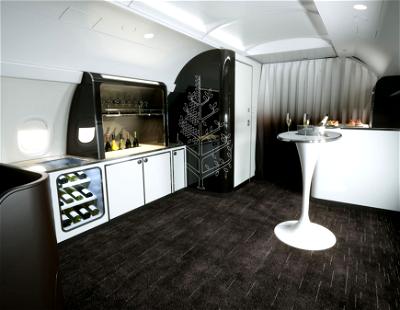