I just wrapped up an incredible three days in Beirut (well, minus the airport experience), and wanted to share my impressions of the city and surrounding area.

While I’m more of a fan of nature than cities, Beirut has been on my top five list of cities to visit for years, so I’m really happy I had the chance to go. It didn’t disappoint.

Here are my thoughts, in no particular order:

Beirut is a picturesque city, in areas

Like every major city, not all areas are equally charming. Based on what I saw, it did seem like the charming areas of Beirut were pretty centralized. Much of the city was pretty run down, and not in an artsy way, but that’s to be expected.

But then you had parts of the city that were gorgeous. 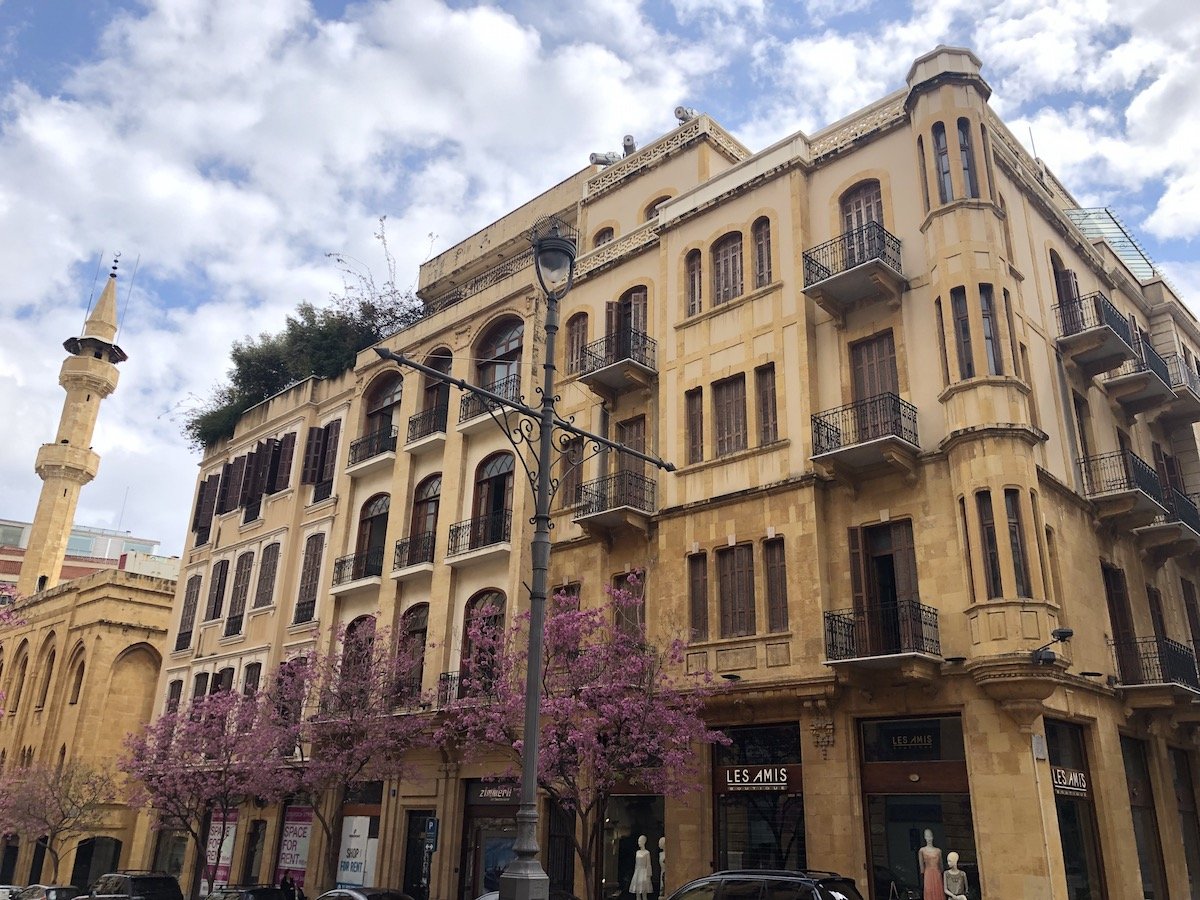 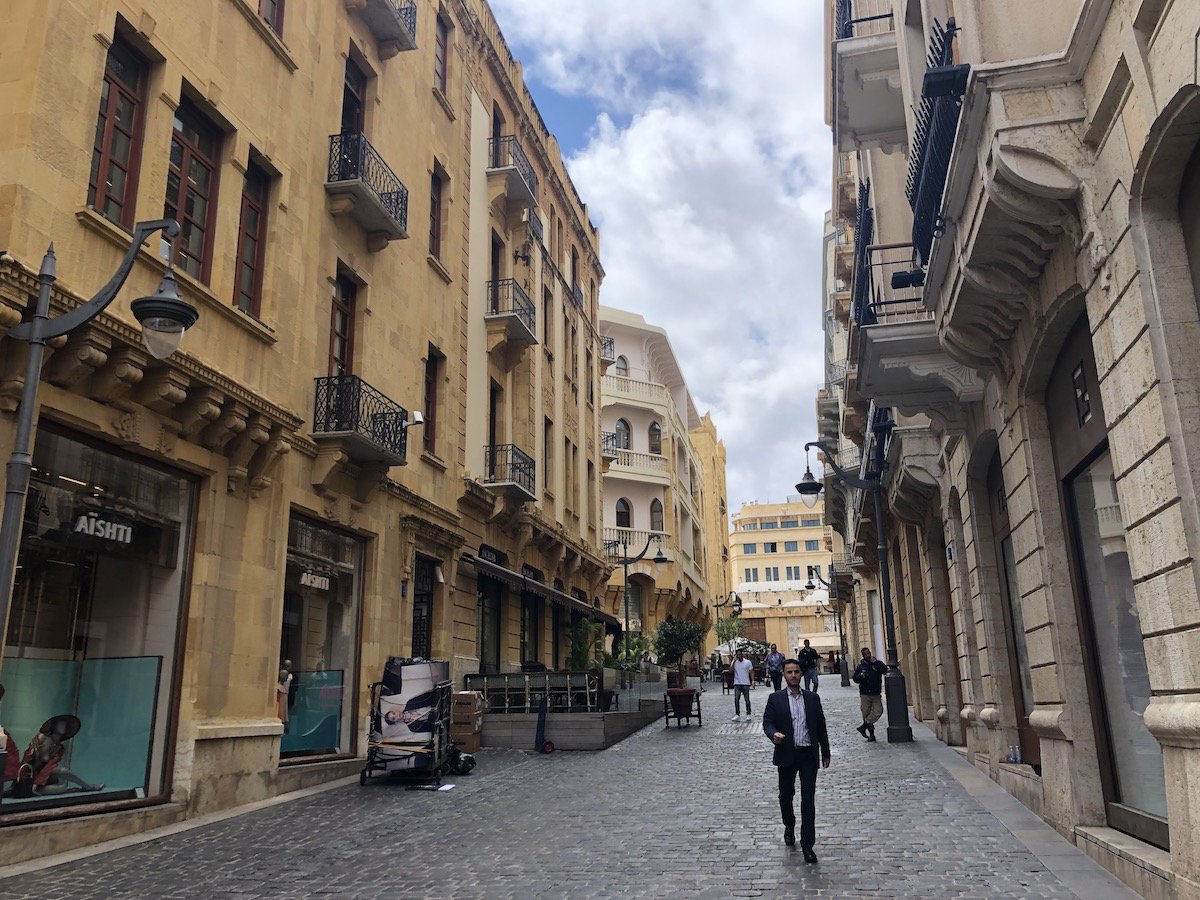 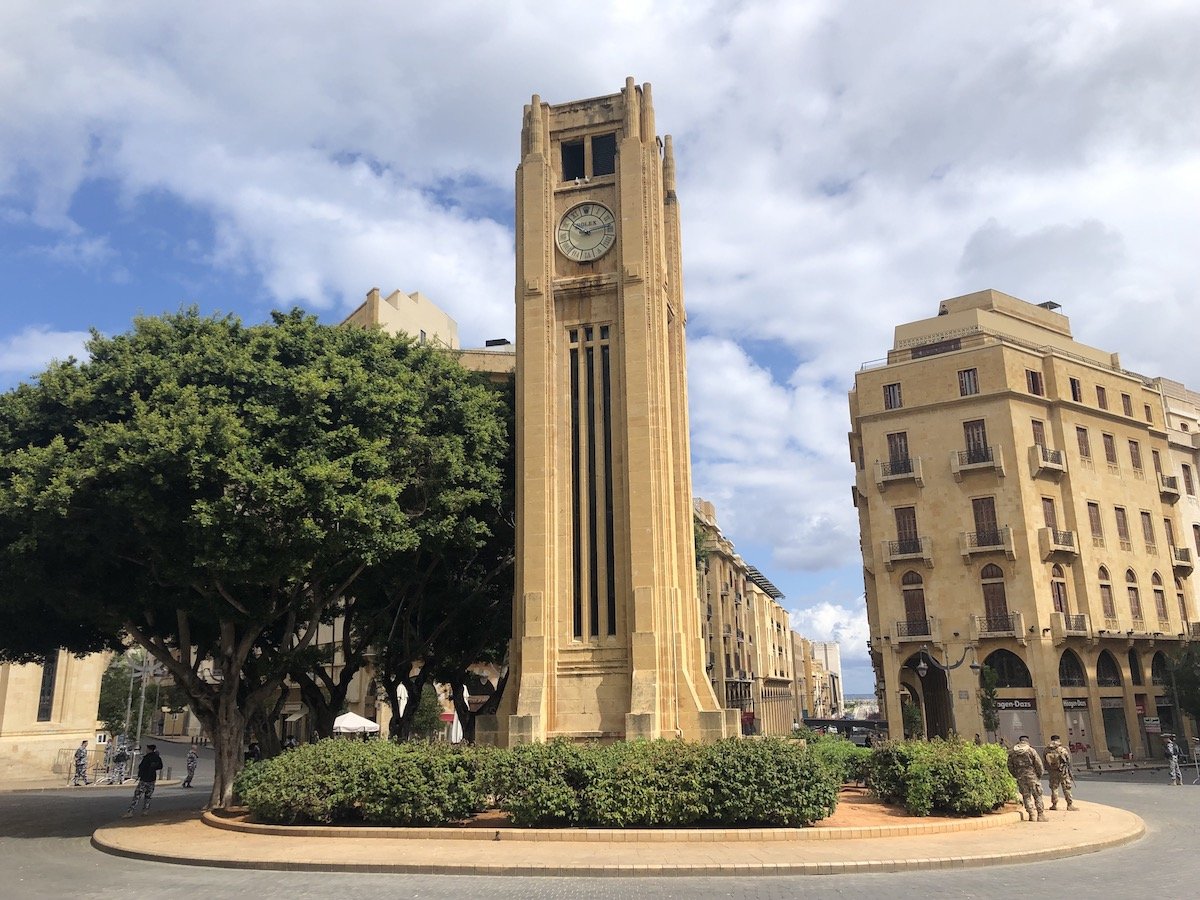 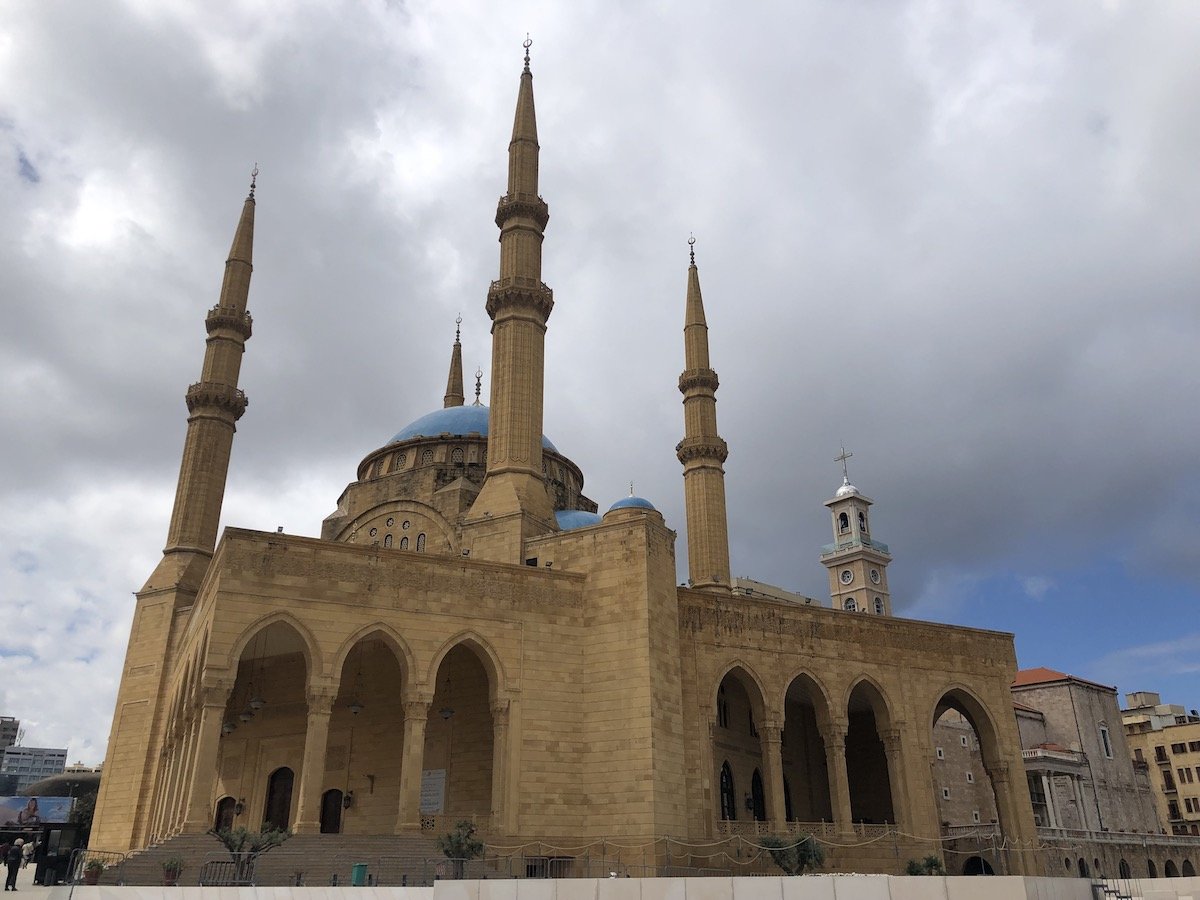 There’s quite a bit to see in the city itself, from the Pigeon Rocks to the Roman Baths to the National Museum of Beirut. 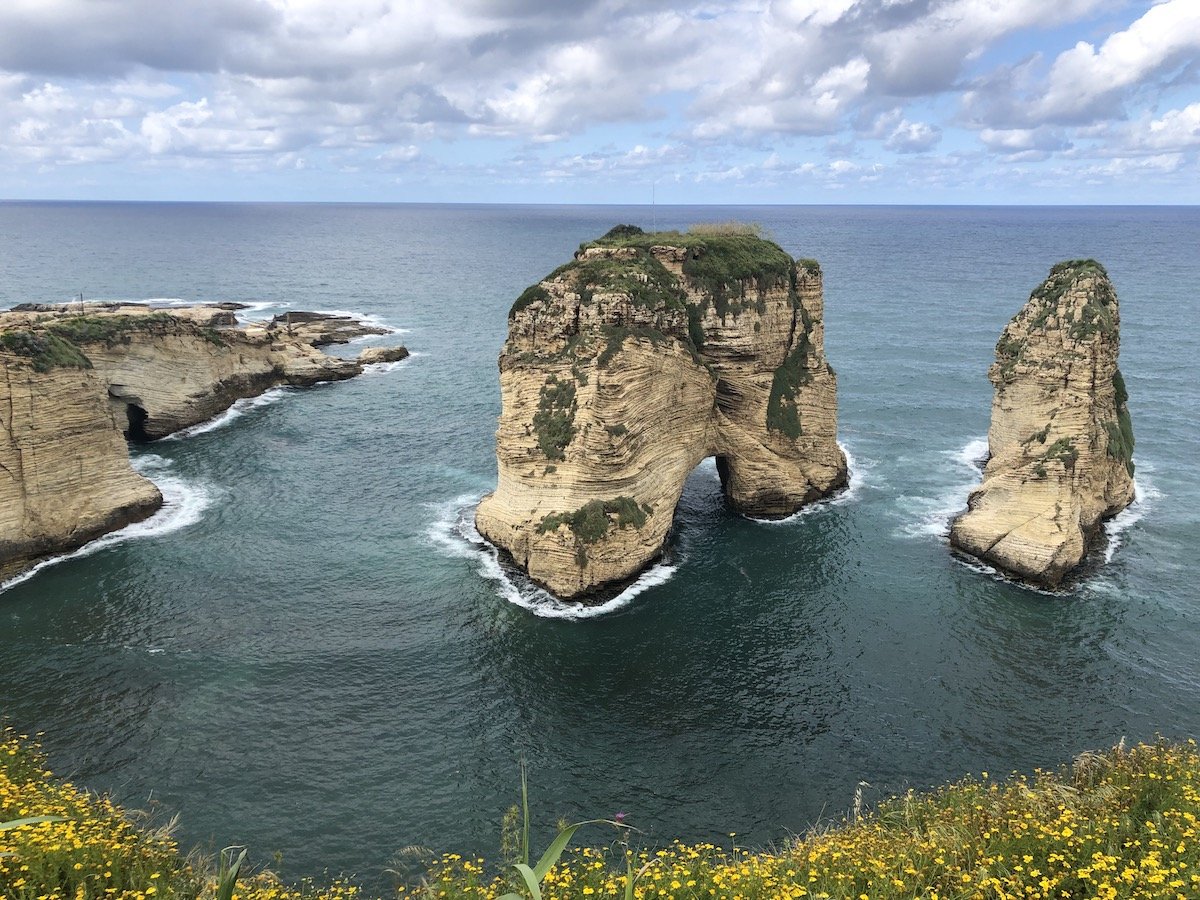 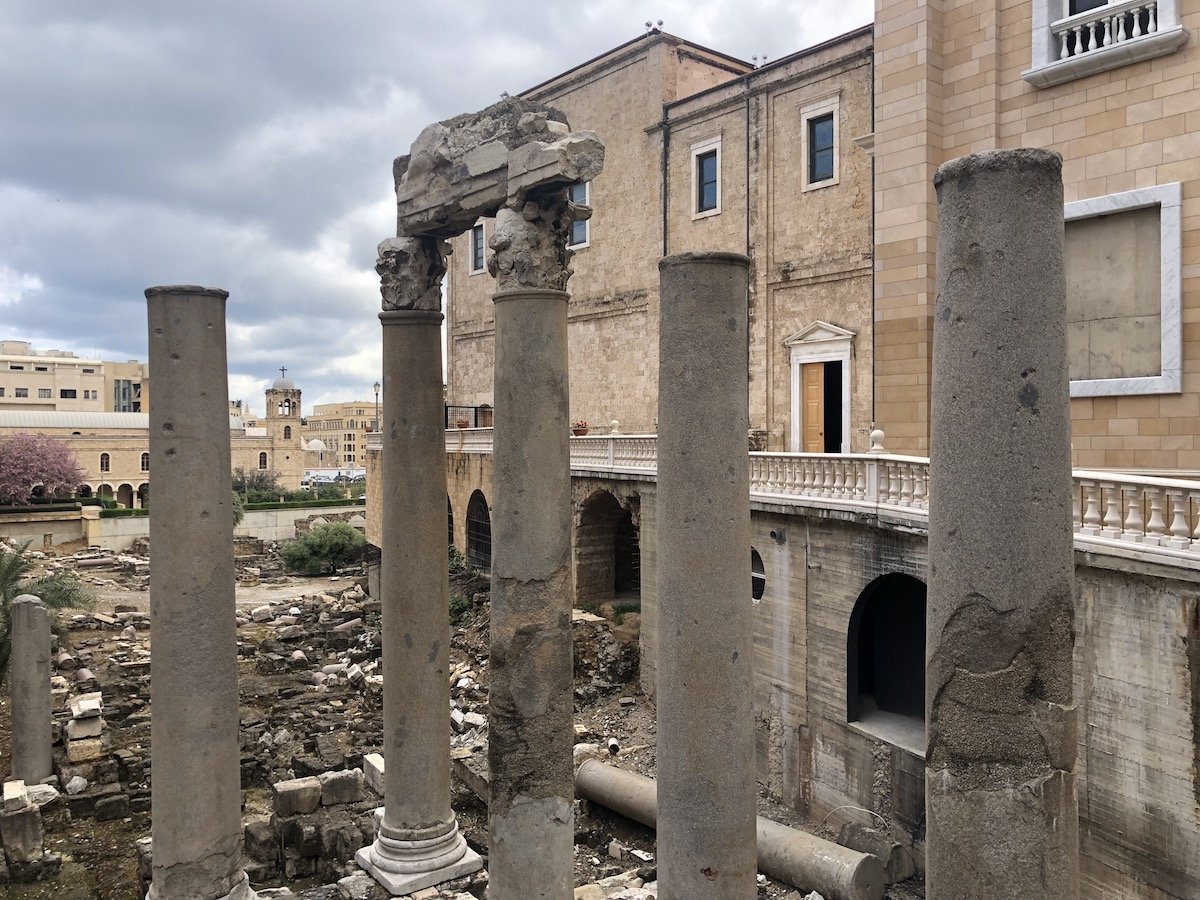 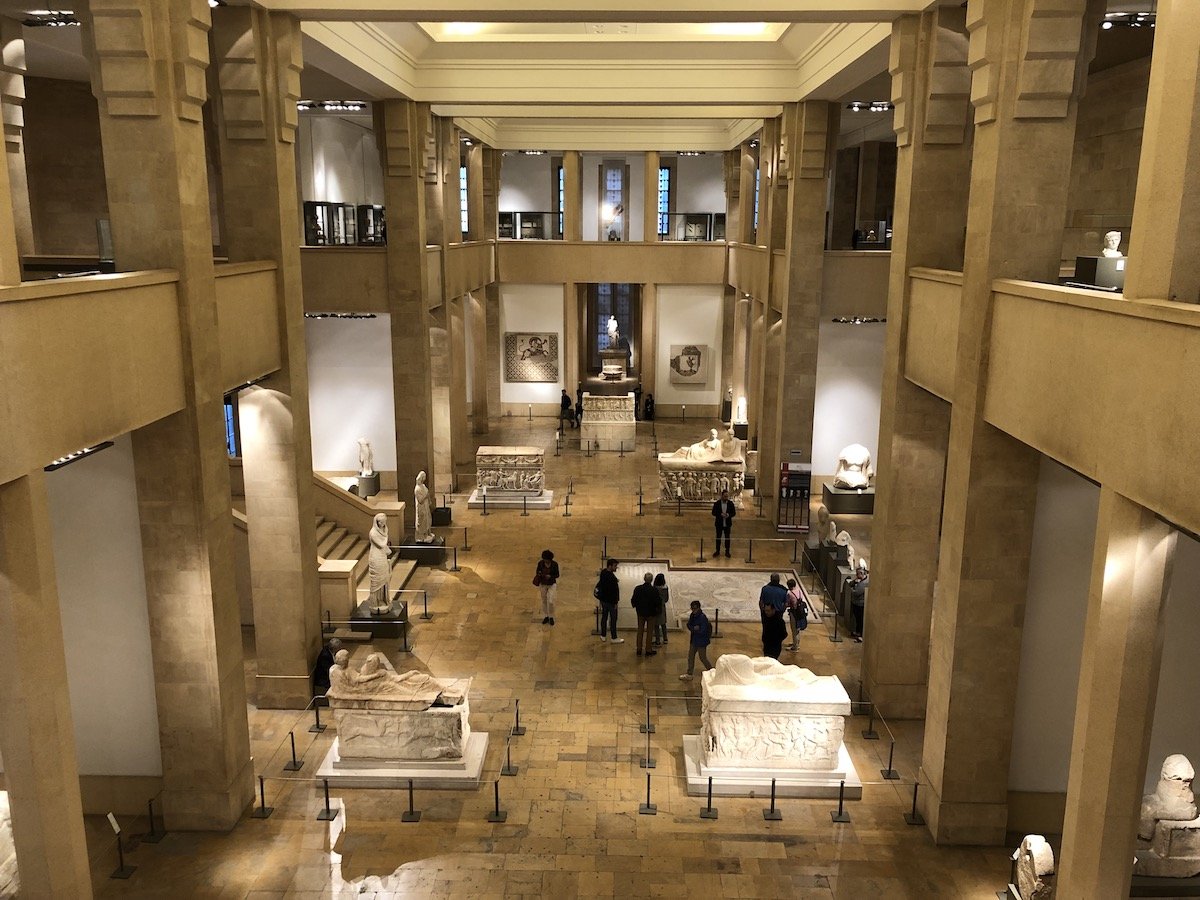 Beirut is often referred to as the Paris of the east, and I think that’s an extremely accurate summary of the city. Beyond the architecture, I couldn’t help but notice just how chic so much of the culture was, including many of the people. Beirut was much more of a scene than I was expecting.

The food was exceptional, as expected

This came as no surprise whatsoever, since I’ve always loved Lebanese food. The food was every bit as good as I was hoping. When I travel somewhere it’s rare that I eat the local food for breakfast, lunch, and dinner (after all, you sometimes want a bit of variety), though this trip was an exception. Nom nom nom. 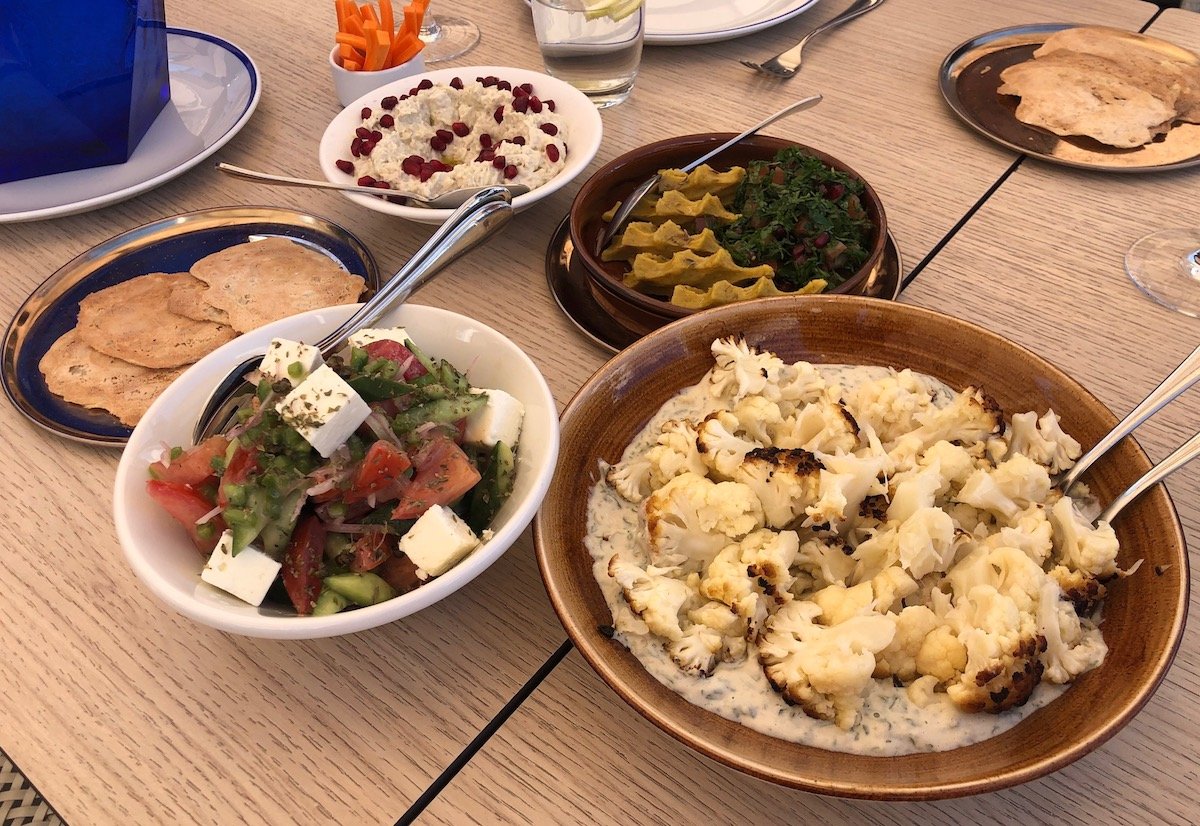 Also, I love when you go to a restaurant and don’t order dessert, and then they just put all of the below stuff on your table. The quantities are sort of hilarious. 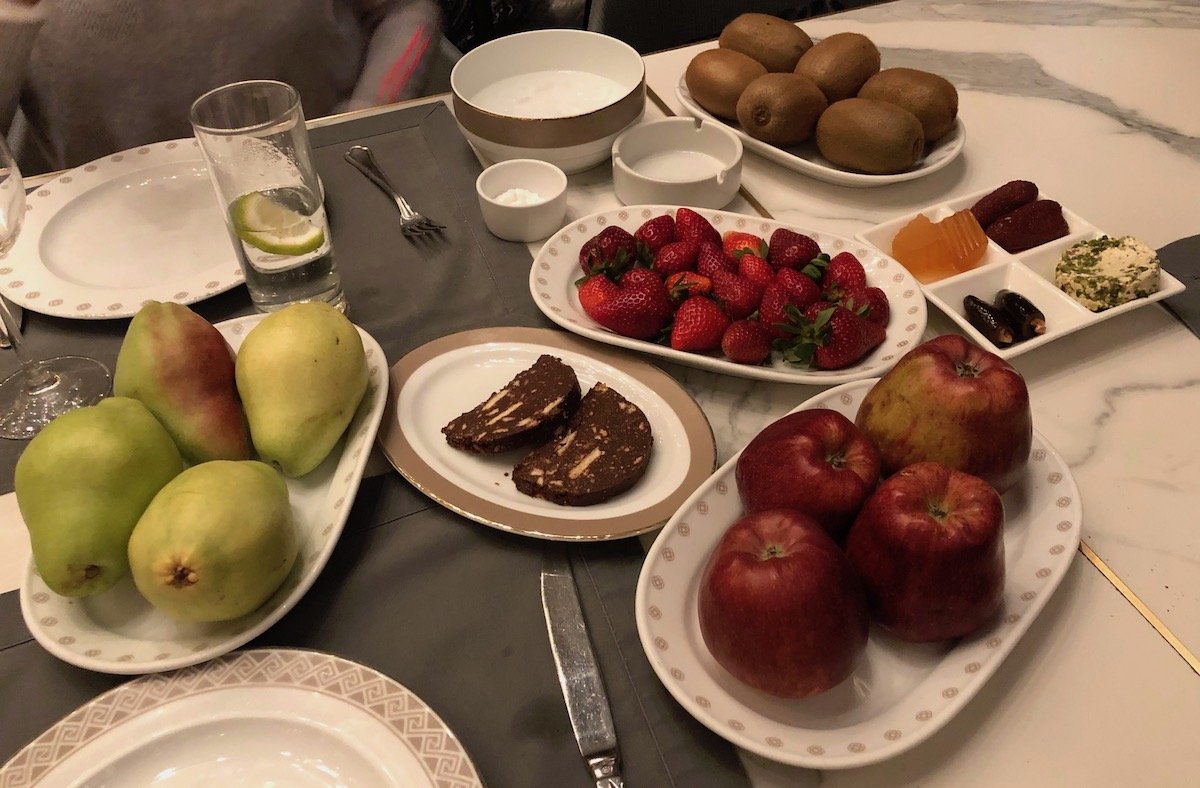 Security wasn’t as visible as I was expecting

I’m used to traveling to a lot of places with in-your-face security, and before my trip many people warned me that there would be military just about everywhere in the city.

I was surprised by how little in-your-face security there was. I found a lot less obvious security than in Amman or Tel Aviv, for example.

I didn’t see much armed military around the city, and I was a bit surprised that hotels didn’t have any sort of car inspections before driving up to it (there was just a metal detector to enter the hotel), like you’d find in Amman and many other cities.

Along those lines, I felt incredibly safe throughout our stay.

There’s a lot to do in the area

Beyond Beirut as such, there are lots of cool day trips you can take.

You can visit the Jeita Grotto, a system of two caves, which is one of the coolest things I’ve ever seen. You can walk through the top cave, while you take a boat through the bottom cave, which sort of reminded me of “It’s a Small World,” only much cooler. They don’t allow pictures, and they’re really strict about it.

Then you can go to the town of Byblos, which is one of the oldest continuously inhabited cities in the world, and a UNESCO World Heritage Site. 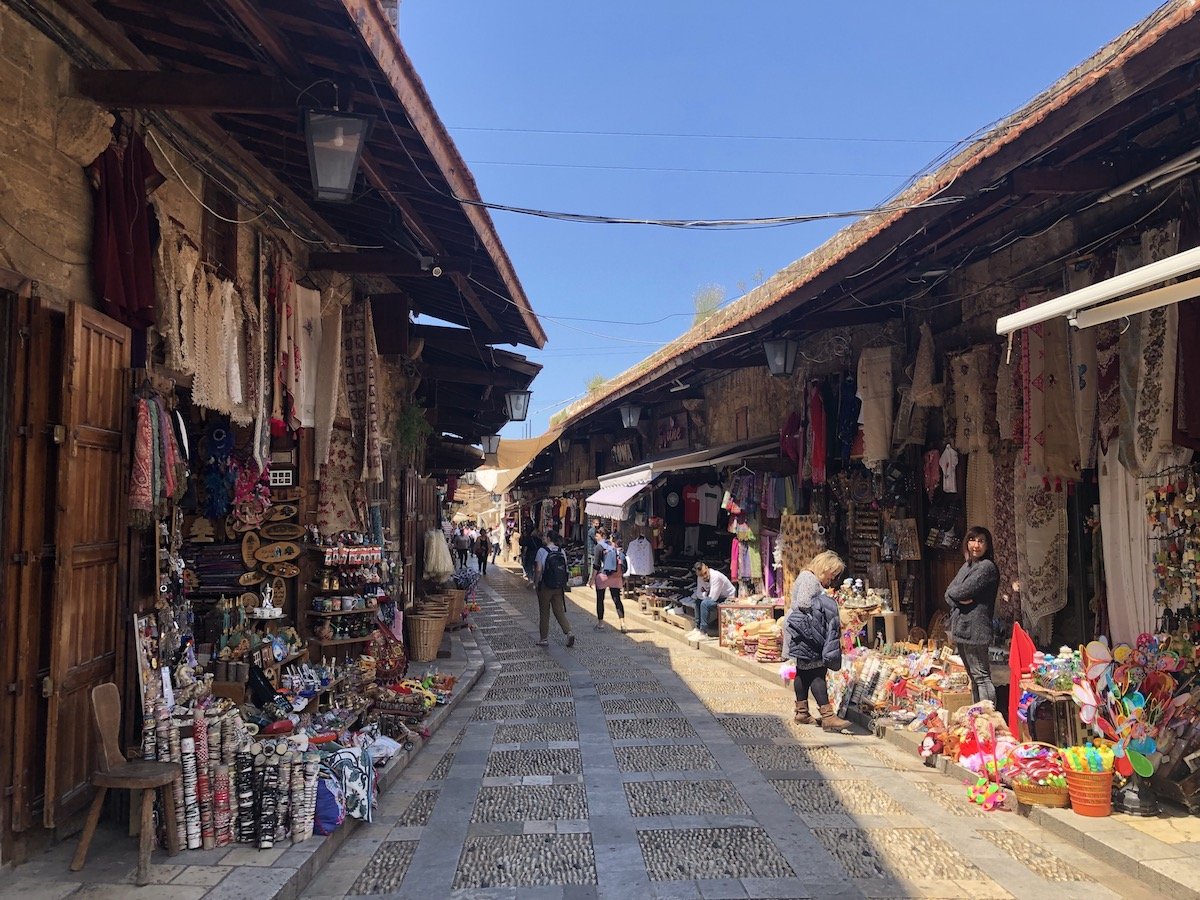 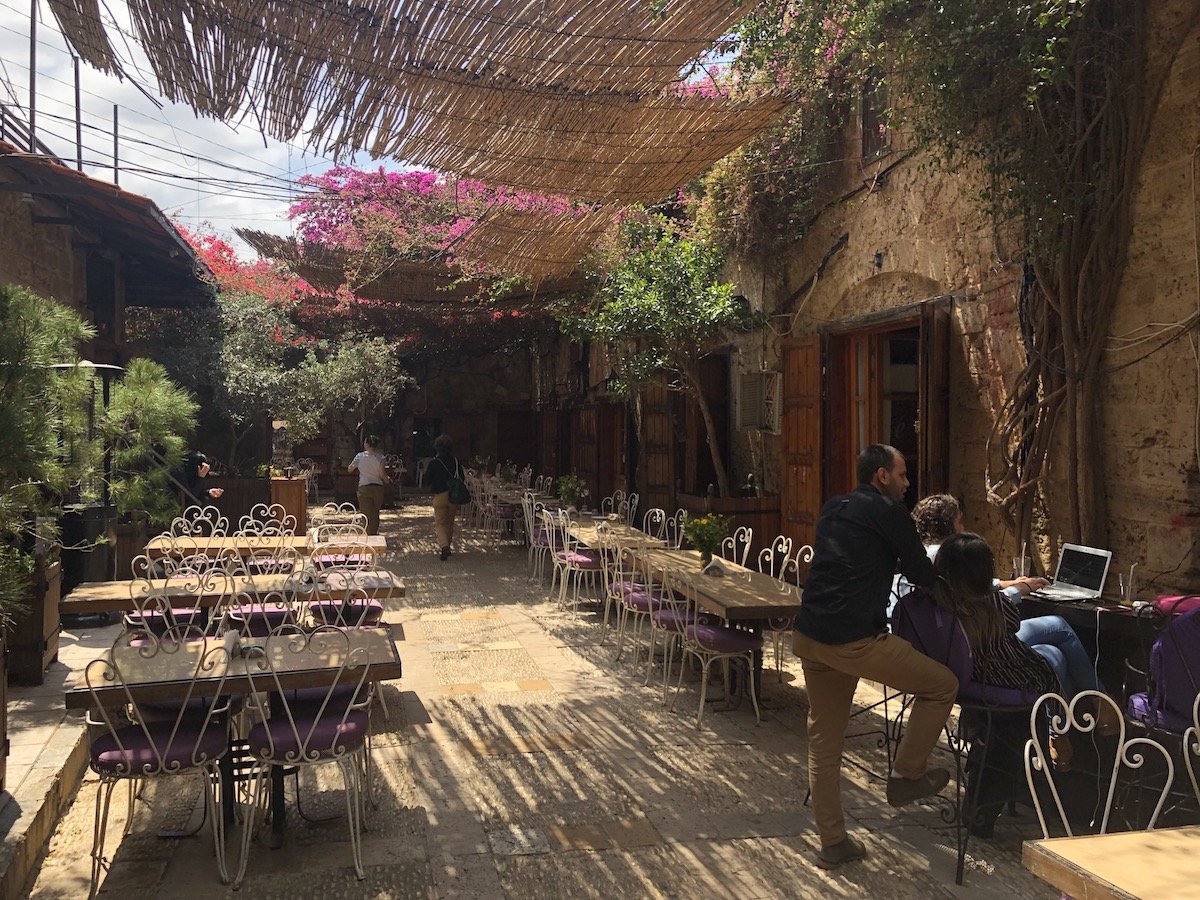 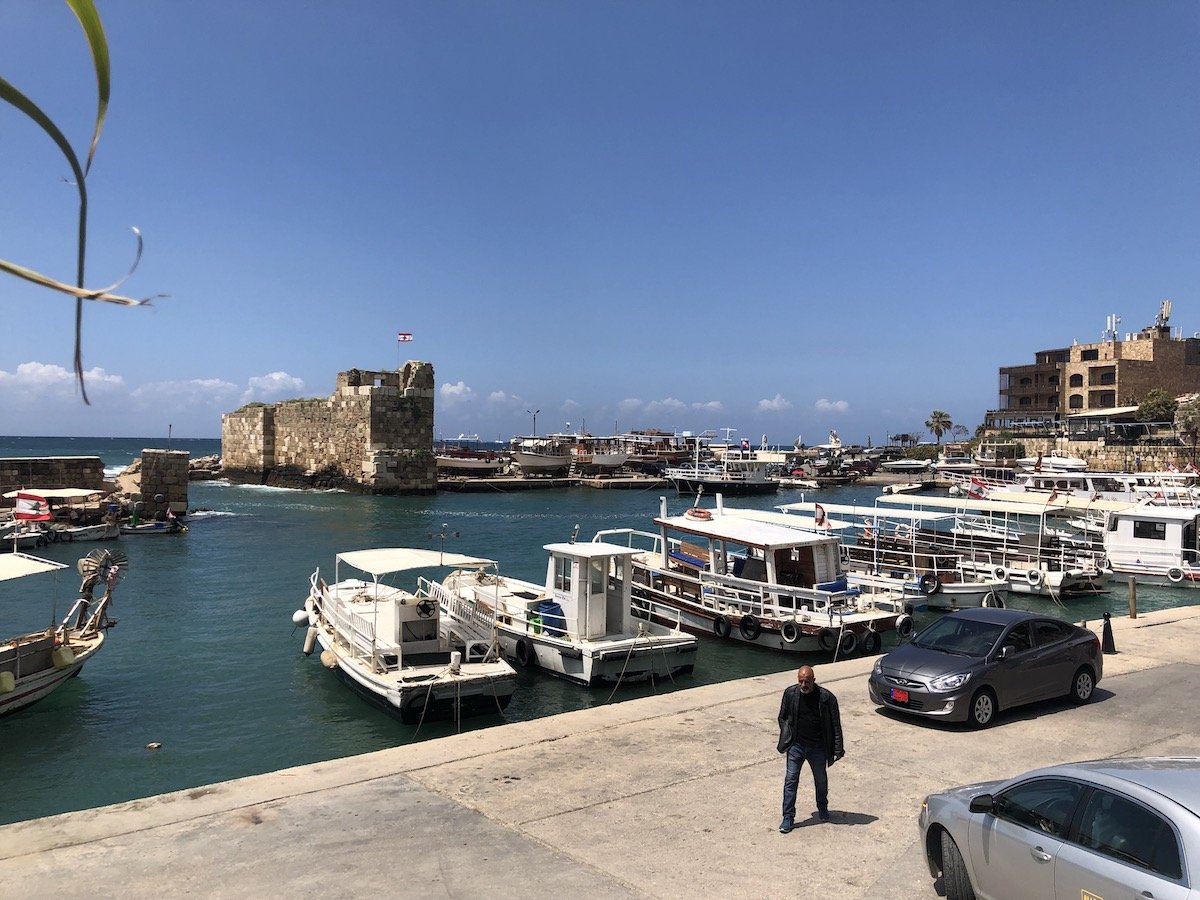 You can also visit a mountain in Harissa, with beautiful views of the coast. 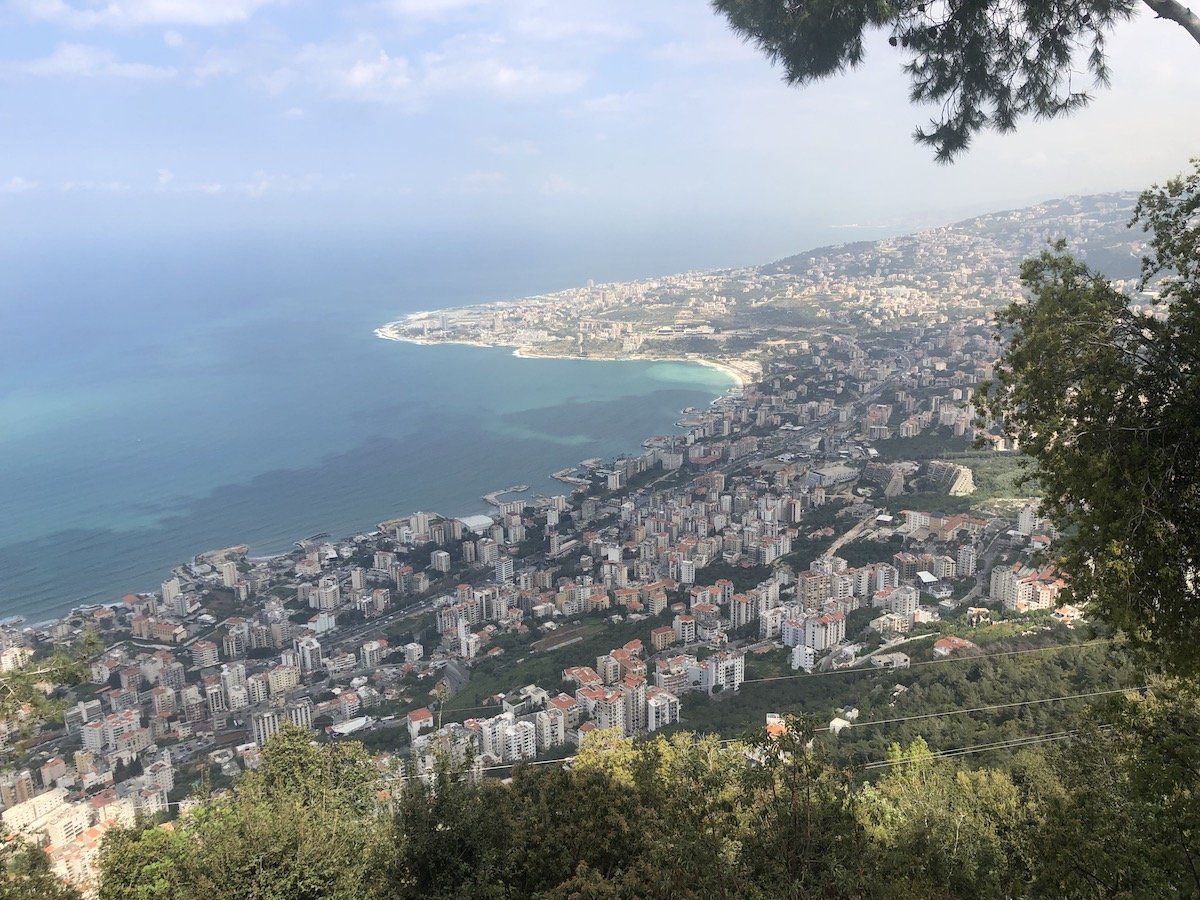 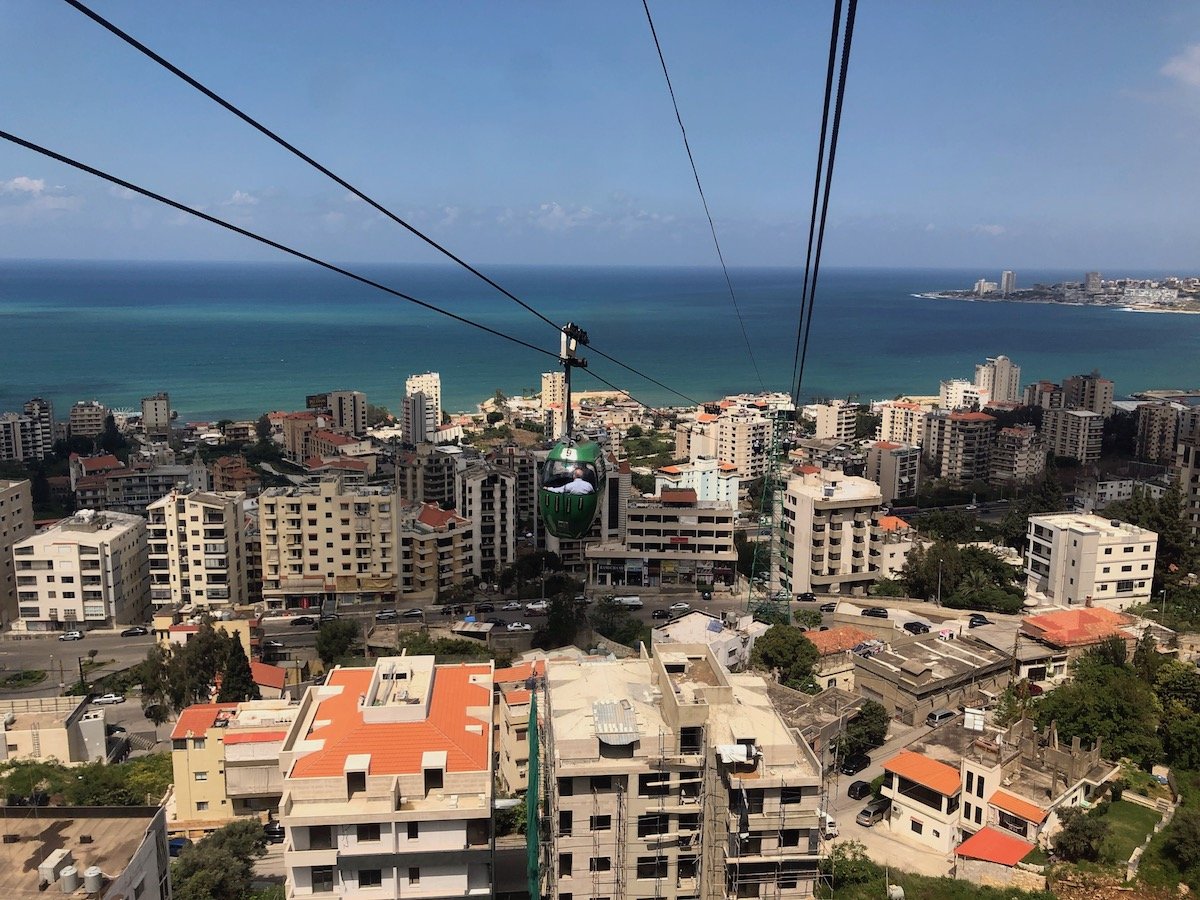 Lebanon reminded me a lot of Israel

I’m not trying to start WW3 by comparing the two countries, but Lebanon reminded me a lot of Israel. I guess that shouldn’t be surprising since they neighbor one another so have similar landscapes, but the similarities go beyond that, including similar food, and in some cases similar architecture.

I loved Beirut. I found the city to be approachable yet culturally rich. Lebanon has incredible food, and a lot to offer to tourists, both in the city and the surrounding countryside. I’d highly recommend a visit, especially when you consider that it’s only a short flight from many points in Europe.

If you’ve visited Beirut, what was your experience like?

Mr WW this is not true ... Ben will have nothing on his boarding pass but at least he will have a heart full of good memories

So after visiting Beirut; Ben will now have that dreaded "SSSS"; on all his future boarding-passes to the States!

Thank you very much for visiting and appreciating the beauty of my darling country. The comments I have read are heartwarming and this is what we have left after several.wars, invasions ,political clashes etc.. Beirut was rebuilt more than 7times. Many charming spots in Beirut ... The food is mind blowing because we care about hygiene we are hospitable and our nature is so generous which is represented in the gastronomy scene. The night life in Lebanon is unique you cant find it anywhere in the world..why ...because we live as if it is our last day. Hehehe joking but we love to socialize and catch up over a bottle or 2 ... the night is young and we have no policies of closing clubs or bars so even if you are the last customer u will have the bar tenders still.dancing there fixing you some great shots (talking about shots ... have you tried DooDoo shot ???soo good).... I promise you you will.never be the last customer. For the gent who asked about if it is a problem if he is "gay"..... of course NOT!!!!!! As my gay friends call Beirut Gayrut..... heheheh everybody is welcome ... and I mean it come enjoy dance and do whatever you want . Here is the freedom land and people are lovely and helpful. We used to have a very nice Gay club where travesties used to wear fantastic outfit it used to be one great place but since it was in a residential area the people complained that the music didnt stop at 10am .... so they left many sleepless families .... that's why it was closed. Lebanon has many many more places to visit hiking is amazing the country side makes you want to stay and just hug those adorable people who would invite you for a coffee or a meal even if they dont know you. I get so emotional how nice and generous those people are. I cant even start naming what else should be visited in the North South Or East.... Every area has something special.and when I say special it includes food experience added to handicraft or natural scenery or even more some historical ruines. I am.from. Zahle in the Bekaa Valley where most of the wines of Lebanon are produced. It is called the bride of the Bekaa for it's natural.beauty and her remarkable old typical houses . From what we have left after the neighbours attacked us with their bombs and their tanks. The Zahliots love to sing and drink Arak our national spirit made of 70%alcohol (grapes and anis) hehe don't worry we drink Arak with food . Just to give you an idea a Sunday family lunch starts at 1.30pm.and can finish around 5pm or 6pm where everybody will.be dancing eating laughing joking and lots of cheers to your health wishes. With Arak the level of joy increases gradually we love to eat slowly and sip on this milky colour drink of my country. And yes even if you dont ask for deserts there will.be a table full.of the seasonal. fruits and sweet treats and this will.make your jaw drop because it will.intimidate you how generous this culture is (you dont have to be a tourist to feel this way I always appreciate this in all the Lebanese restaurants). Don't worry wherever you are from you will.always be welcome. There is only one thing I dislike is driving and traffic we are still working on it I hope they will find a solution. Loads of refugees also I hope they will.go back to their homes soon. I.can write endlessly but I shouldn't open all.my cards come and see it for yourself. Spring is hopefully coming as it was still.snowing on Good Friday. Come explore and have memorable events in a country that has a good spirit LEBANON.