Nearly a half million (non-spam) comments have been posted on this blog. One of my favorite things about the blog is interacting with you guys, whether it’s in the comments, by email, or in person. I’ve long been a firm believer in not censoring comments — I appreciate even criticism, and in general I think the negative tone of certain commenters reflects more on them than it does on me. If those people want to make fools of themselves, then so be it.

However, lately I’ve received more and more comments from readers about how they’re not enjoying the comments section as much. There’s no doubt that there’s an increase in the number of people leaving comments that contribute nothing to the conversation, and comments that are racist, sexist, homophobic, hateful, etc. (which is perhaps generally reflective of the dialogue going on in the U.S. right now in general). So I want to do something about that.

Instead, going forward I’m going to be blacklisting commenters who are consistently hateful in the comments section. I’m talking primarily about people who are racist, religiously intolerant, sexist, homophobic, use bad language to label people, etc. So if you notice a few consistent blog trolls disappear, now you know why.

As we change our policy on this, please keep a few things in mind:

Thanks, as always, for reading, and hopefully most of you can appreciate the comments section becoming a less hateful place. Again, this isn’t intended to stop criticism or dissenters, but rather to stop those who are incapable of participating in a civilized manner. Perhaps we’ll eventually publish guidelines on what is appropriate to comment, though I’m hoping “use common sense” is sufficient.

Share
Tweet
Conversations (209)
The comments on this page have not been provided, reviewed, approved or otherwise endorsed by any advertiser, and it is not an advertiser's responsibility to ensure posts and/or questions are answered.
Write a comment
Cancel reply
Report a Comment
Thanks for letting us know!

Submitting...
Featured Comments
View all comments (209)
Write a comment
Most helpful comments ( as chosen by the OMAAT community ).

@CMorgan And I really could care less about your opinion too

I love that the worst "troll" you guys are calling out is the one that's blatantly in the Hilton camp instead of the Hyatt/SPG camp. Only in our world would these be "religions" much like the Apple/Android debate rages on tech blogs everywhere. FWIW, Points With A Crew recently had to ban some from his #Slack channel for generally being haters and trolls. The #general channel was full of Trump haters so much that everyone else was clamoring to #makegeneralgreatagain. Hate has no place on here, and that includes calling people "bigots and racists" who don't agree with you. I was recently told on Facebook, "Figures that someone from Texas would say that. I bet you think the earth is flat too!" Of course the irony was that when they said that, I was in the process of boarding the CX ORD-HKG flight, over the North pole. Let's all hope that all of this travel opens all of our hearts, minds, and beliefs, and stops us from trying to pass judgement on those we don't know. But in the meantime - back to the points and miles people!!

I suggest you put post moderation to the comment who does not have relevancy at all with the subject of the thread. 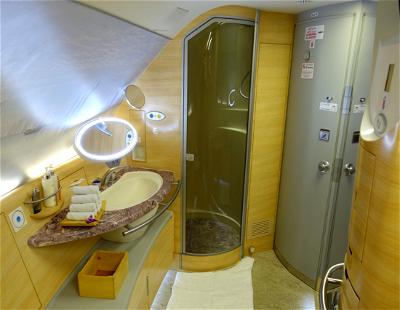