52
Share
Tweet
The information and associated card details on this page for the Hilton Honors American Express Aspire Card has been collected independently by OMAAT and has not been reviewed or provided by the card issuer.

All things considered I’ve grown much fonder of the Hilton Honors program over the years. One downside to the program is their top tier elite recognition. While Honors Diamond status is easy to earn, they don’t do much to differentiate the status from mid-tier Gold status:

We know that Hilton has been working on improving their Diamond benefits, and it looks like we’re finally seeing the first sign of that.

Brendan Dorsey reports that Hilton is allegedly testing out confirmed Diamond suite upgrades. Here’s what we know so far:

This is just a pilot program as of now, so they’ll decide what the suite upgrade benefit should look like in the future based on the feedback they get. So if they do end up following through with this, it could be that they issue suite upgrades valid on a per stay basis, or a per night basis, and it could be that other aspects of these change as well.

Regardless, it’s exciting that Hilton is trying this out… I think.

One of the reasons I think Hilton Honors is such a sweet spot for many of us is because of how awesome the Hilton Honors American Express Aspire Card. This card has a $450 annual fee (Rates & Fees) and offers:

I value the two credits at more than the card’s $450 annual fee, so really they’re throwing in Diamond status and the annual weekend night reward for nothing, by my valuation. That’s pretty incredible.

So here’s the thing — if Hilton does introduce any sort of confirmed suite upgrades, I would expect that they’d only do so for members who earn the status the “hard” way (through elite qualifying nights, stays, or points)… and I wouldn’t blame them for that.

Still, when it comes to suite upgrades that would put those earning status through credit cards at a disadvantage. Like I said, I don’t think that’s unfair, but it’s also not necessarily good for everyone.

Or I could be wrong, and they’d offer these to all Diamond members, though that seems too good to be true.

It’s great to see Hilton catching up with the competition when it comes to suite upgrades, and I’m curious to see what kind of a benefit they eventually introduce. The fact that they seem to be considering suite upgrades at the time of booking rather than only confirming them a few days in advance is great.

However, if I were a betting man I’d assume that any confirmed suite upgrade benefit would be limited to those earning Diamond status the hard way, and not those earning it through credit cards.

What do you make of Hilton potentially introducing confirmed suite upgrades?

What a dizzying thread! After 14 years as an SPG Plat (now Marriott LT Premier Plat), and a happy HH Gold in the 90's, and yes, I did get suites as a HH Gold back in the day and consistently throughout my SPG years. I am now using the Aspire Card to segue my business over to Hilton with a soft landing as a Diamond because Marriott is proving to be a difficult partner. Hotels are usually privately owned and pay for the flag, management, brand recognition and marketing tools. That being said each property's definition of program rules and how they choose , or choose not to apply them are different. It's NOT supposed to be that way but the hotel biz is not McDonalds where the burger and fries are identical any place in the world. And YES, I have gotten Suites by promising to check out by a negotiated time the next day because someone is paying $1000.00 for the next night....totally fair! Last, What I have learned from years of top tier hotel program membership: "Don't ask, Don't get!" and "ask nicely, get more".

Am I the only one who thinks premium WiFi should be included in so-called business hotels in 2019? As for breakfast - I would rather go out and get something fresh plus a drink from a local bakery or cafe than pay the ridiculous prices of the chain hotels.

Garbage -- 12pm is the standard checkout time. HH late checkout needs to be requested, has no time limit, depends on availability, therefore, it cannot be denied "on the basis of the fact that Hilton too has a guaranteed checkout time – at 12". I suggest playing the game with a "full deck", and try requesting late checkout when you check in... 'Whenever I think I am out, they pull me back in'...but now I've got a train to catch. G'day. 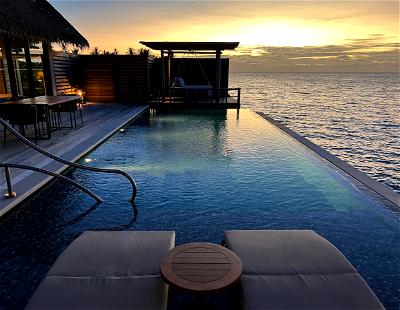 22
How To Redeem Hilton Honors Points For Best Value 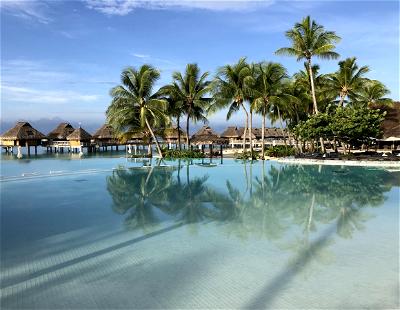 2
How To Combine Hilton Honors Points Between Accounts

43
Hilton Aspire Perks: How They Work