Update: Hilton is now facing a lawsuit over another incident that occurred at a Hampton Inn property in North Carolina, where a black family had the cops called on them over a billing dispute.

Hampton Inn is apologizing after a family staying at a hotel had the cops called on them for using the pool. The incident occurred over the weekend at the Hampton Inn in Williamston, North Carolina, and the employee involved in this is “no longer employed at the hotel.”

In the nearly 10 minute video posted online, you can see a Hampton Inn employee and two police officers approaching a woman who was staying at the hotel with her two kids.

Based on the guest’s version of what happened:

Here’s what Shruti Gandhi Buckley, the Global Head of Hampton by Hilton, had to say:

“Hampton by Hilton has zero tolerance for racism or discrimination of any kind. On Saturday, we were alerted to an online video of a guest incident at one of our franchise properties. We moved quickly to identify the hotel and the guest, so that we could make contact and review the matter.

Even as we communicated our expectations to the ownership and management of the Williamston property on Sunday, we learned that the team member is no longer employed at the hotel. We have apologized directly to the guest and her family for their experience, and will work with them and the hotel to make this right. We remain in contact with the hotel’s ownership about follow up actions, and to ensure that in the future, their employees reflect the best values of our brand and are welcoming of all.”

Unfortunately this is just another case of racism in our country. Fortunately these kinds of incidents are starting to get more attention, and we’re seeing swifter punishment for this kind of behavior, as it should be.

I’m sure some people will be along shortly to say “well if she didn’t want any trouble she should have given them her name and room number.”

I’d ask those people when the last time was that they were singled out at a hotel pool and asked to prove they were staying there, while other guests weren’t. Not only that, but she presented a key, and rather than backing down, the employee decided to double down and then request her room number.

Good on Hampton Inn for taking quick action here to address the situation, and also that the employee is no longer working at the hotel.

Share
Tweet
Conversations (166)
The comments on this page have not been provided, reviewed, approved or otherwise endorsed by any advertiser, and it is not an advertiser's responsibility to ensure posts and/or questions are answered.
Write a comment
Cancel reply
Report a Comment
Thanks for letting us know!

Submitting...
Featured Comments
View all comments (166)
Write a comment
Most helpful comments ( as chosen by the OMAAT community ).

The peoe saying she left her kids unattended at the pool because she was 30 feet away in her car on her cell is absolutely ridiculous. millions of parents would have done the same thing. Being 30' away from your kids is not leaving them unattended. Is so you people saying that, What if a person has their own pool in the bedroom while their kids are out in the backyard swimming is that leaving your kids unattended I mean come on this did I mean come on this is ridiculous. If all you have to do to look at your kids is to turn your head is that your kids is to turn your head to the side that is not leaving them unattended that is not leaving them unattended leaving them unattended would mean letting unattended would mean letting them go in the pool and going back into the room or go is back into the room or going somewhere where she could not see them. This was full blown racial profiling. I guarantee you if she was white as soon as the hotel person came on soon as the hotel person came up and she popped out of the car and said oh those kids are Karen said oh those kids are mine I got my key we're good said the lady would have just went right back into the is right back into the hotel. Or the people saying that she left her kids unattended I guarantee you I guarantee you if you are parents there have been times where you are there have been times where you have left your kids unattended is unintended for a few minutes. Is every single parent does it. It's not like those kids are 4 years old. Is look to be 7 8 9ish years old. Hell I'll leave mine 7 year old at home alone for E for 20 minutes while I run to the store. This was absolutely rationally motivated.

@Ben I am a 40 year old African American women and i have experienced racism too often in my life. I am also a mother of 7 children and you know what, Ben the employee did not approach her because she was black no matter how you try to coat it. She was approached because she left her children unattended!!!!!!!! The proof is this: 1. Her starting the video she from a point that does not show her initial response. 2. With enlightenment that videos of this nature do not start from the beginning,rather they start at the time one becomes aware of a issue. This video conveniently start the exact moment the police approach her. (Which can be achieved by editing) 3. She narrated the entire video including everything the hotel clerk said to her yet did not mention one single thing about her children being unattended! She gave a verbatim account of everything that happen all except her leaving her children in the pool area unattended. 4. The video also has a weird way of lowering the voice of the police & the hotel staff but you can hear her loud and clearly! (Edited) I am also very certain her reason for not giving her name and room number to the police had a lot to do with her fear that her negligence would be escalated further to Child Protective Services. I have seen some sick comments in this thread from real racists that hurt my heart even made my eyes water. I agreed with you at the start of my reading i was outraged and felt everything that you said that is until it was noted that she left her children unattended in a hotel pool area!!!!!! Do you guys know how very easy it us to drown? Did you know it only takes a half cup of water to drown the lungs? Even the most experienced of swimmers have still meet a untimely death due to drowning. No hotel is going to take responsibility for anyone's children no matter what their ethnic race! This is not okay! Was the hotel clerk wrong for saying "people like you" Most definitely! Yet the only reason the hotel clerk was fired or asked to resign is the "social media" coverage this story got. She was merely expendable to the Hampton INN and not worth the money this hotel would stand to lose if they had kept her as an employee and as it's stated "She no longer works for the company" Not she was fired,suspended or let go. I would put my money on she was asked to resign and she choose to oblige. With the this state this country is in with all the rioting behind the murder of George Floyd of course the hotel acted immediately with an apology because they do not want to loose business over a story that left out vital details. We are a hurting people who experience racism everyday, that still does not give anyone the right to mislead others with false racism accusations. I went through 5 different emotions reading these comments due to being mislead. Yet taking accountability for children and looking for a way to get the attention off yourself is a very real problem in this country also. Parenting is a obligation since we as human beings choose to become parents. You got people out here dying because of the color of their skin. How can you post this and back her up on it? I am angry for the many of us who are truly radically profiled everyday and as soon as someone doesn't want to parent their children accordingly to the rules of the hotel they choose to stay in she gets to publicly claim victim well listen here i am a victim and i have done not one thing to warrant the way i am treated. This entire post is a slap in the face because its not real its not depicting what is happening nor is it outing the proper perpetrators. 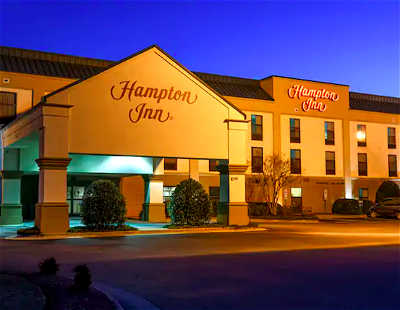