A guy recently walked into Atlanta Airport with a fully loaded rifle, because “if you don’t exercise your rights, the government takes them away.” Oy! 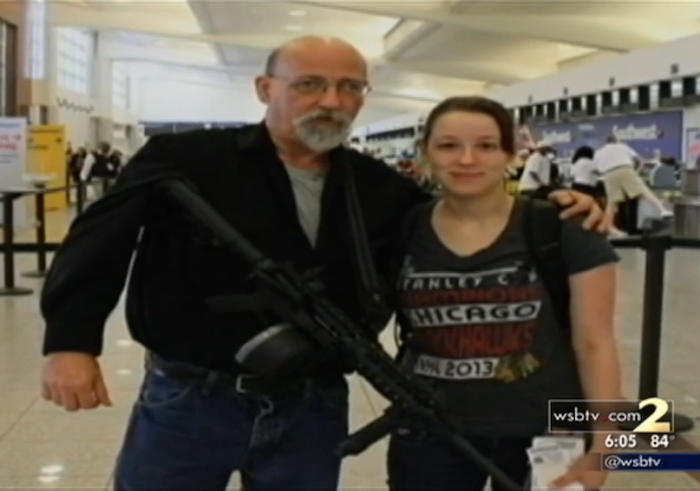 A man carrying a rifle inside the Atlanta airport wasn’t breaking any laws, but he did raise a few eyebrows, including those of some Atlanta police officers.

Jim Cooley says he carried his gun through the terminal when he and his wife went to drop his daughter off for her flight. He says he knew he wasn’t breaking any rules because he has a full understanding of Georgia’s gun laws.

“You can carry in unsecured areas of the airport. Past TSA, never,” Cooley said.

That’s exactly what he did. Cooley carried his AR-15 fully loaded with a 100-round drum through parts of the terminal.

Personally, that’s not something I could ever imagine doing, but it’s apparently technically his right, so…

The point where you know he’s just trying to stir the pot is when he took photos of himself at the airport and sent them to a local news station:

He took photos and videos of himself in the airport. Cooley then sent those videos to Channel 2 Action News via Facebook.

Why did he do it?

Winne asked Cooley, “Don’t you think people are saying, ‘Yeah, you can do it under the law, but should you do it?’”

“If you don’t exercise your rights, the government doesn’t have any hesitation taking them away,” Cooley said.

Now, while the guy with the rifle can technically walk around the airport armed, funny enough he takes issue with the fact that the police kept an eye on him. He was never deprived of his ability to leave property or freely move around, yet somehow he feels cops “shouldn’t” have done that:

“I told her I was carrying this for safety when she asked me why,” Cooley posted on Facebook.

Cooley says as he and his wife began to leave the airport the APD officer stopped him again and radioed to others that he was carrying an automatic weapon. Cooley says he was then followed to his car by a police lieutenant and two officers, who took pictures of their car.

Cooley says he doesn’t believe Atlanta police officers should have followed him out of the airport to his car.

An APD police report says, “At no time was Mr. Cooley deprived of his ability to leave property or freely move around the airport with the weapon. Officers followed to assure the safety of all patrons at the airport.”

It’s sort of funny that he’s carrying a gun around the airport not because he thinks he should, but because he legally can. But when the argument turns to the cops, suddenly it’s about what they should do and not what they legally can do.

Here’s a news clip where they interview the guy:

Just read in our hometown paper this guy lives in the same small town I do. Maybe I should look him up. Might want to ride shotgun with him on his next trip to Atlanta. They're your rights. Stand up for them and use them. We've lost our 4th and 10th amendment rights. Frigging shame.

I really enjoy visiting America, but the attitude to guns is just bonkers. I also fear that had this man not been middle-aged and white, his treatment may have sadly been very different given recent events. 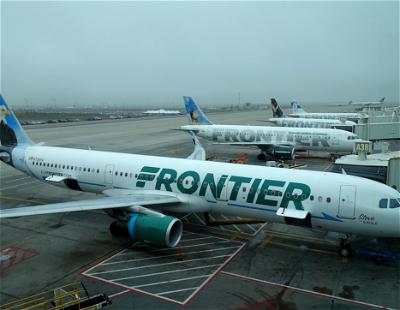 18
These Airline TikToks Made Me Laugh Out Loud