While I wouldn’t consider Qantas Frequent Flyer to be all that lucrative of a loyalty program in general, there are definitely some sweet spots. In this post I wanted to take a look at one of those, which is the ability to book oneworld round the world award tickets through Qantas.

Basics of Qantas’ round the world awards on oneworld

Long story short, for 318,000 Qantas points you can fly round the world on oneworld airlines in business class, covering a distance of up to 35,000 miles, with up to five stopovers.

Even if you’re not in the Qantas Frequent Flyer ecosystem, the good news is that the program partners with several major transferable points currencies, including Amex Membership Rewards, Capital One, and Citi ThankYou.

How many miles do you need for an award?

If you’re looking to book a round the world award, pricing follows Qantas’ standard oneworld partner reward table. This is distance based, and you’d want to look at Zone 10, which allows you to travel 19,201-35,000 miles. The pricing for such an award is as follows:

In general I think the sweet spot here is for business class, given that finding business class award space with oneworld airlines shouldn’t be impossible, and this is where the savings are the biggest, given how much such a ticket would otherwise retail for.

Why not the other classes?

What are the restrictions on these awards?

As you might expect, there are lots of restrictions to be aware of for these kinds of round the world awards. Here are some of the most important ones:

How do you book these awards?

Obviously finding award availability and a great itinerary will take lots of effort, so you’ll first want to search availability segment-by-segment. What should you do once you’ve found availability, though?

In theory these awards can be booked online. You’ll want to use Qantas’ award search tool, and specifically the multi-city function. You can try your luck, and hope the award prices.

I say “in theory” these awards can be booked online because often they can’t be. Assuming you’re planning on getting anywhere close to maximizing the potential of these awards, odds are that the website won’t price the itinerary correctly, and you’ll have to book by phone.

The issue with booking by phone, as you’d expect, is that you’re at the mercy of the competence of the agent that you get. Some agents will likely be able to book these without issues, while others… will struggle.

So if you do plan on booking a Qantas Frequent Flyer round the world award, make sure you have a lot of time on your hands, as it probably won’t be an easy process.

How much are the taxes, fees, and surcharges?

You can try to get a sense of how much you’ll pay in taxes, fees, and carrier imposed surcharges, by using ITA Matrix. Just try to price out the ticket you’re booking, and you can expect to pay everything except the base fare.

If you do book by phone, you can expect that if you call five times, you might get five different quotes as to how much the total taxes and fees will be. So expect this to also be rather complicated. There are lots of variables here, though typically you can expect to pay somewhere around $1,000-2,000, in addition to the points.

What kind of awards are really possible?

I’d recommend using Great Circle Mapper to first map out the distance of cities you may want to fly to. Just to give an example, clocking in at under 34,000 miles is an itinerary from New York to Tokyo to Hong Kong to Singapore to Sydney to Doha to Sao Paulo to New York, and you’d be allowed to have five stopovers.

That’s just one example, but the possibilities here really are endless, and you could easily hit all six continents.

Why I’m lukewarm on these awards

I absolutely think a Qantas round the world award could make sense for some, assuming you’re really good at searching award availability, patient, flexible, and don’t expect you’ll have to make many ticket changes.

However, for a vast majority of people I think the juice isn’t really worth the squeeze here, so to speak:

So to me this is one of those awards that’s more cool in theory than anything else. I will say that if you already have an existing balance of Qantas Frequent Flyer points then this could be an especially good deal (since great uses of Qantas points are hard to come by). Meanwhile if you have transferable points you’re considering transferring to Qantas, I’d think twice.

Qantas Frequent Flyer has some pretty lucrative round the world redemptions, as you can pay 318,000 points to fly up to 35,000 miles with up to five stopovers. If you’re someone planning a huge bucket list trip, and you know what you’re doing with redeeming points, then this could be an awesome value.

However, I think for most people (including me), this is too much of an undertaking. Fortunately thanks to most award pricing nowadays being one-way, I tend to think you can build a much more flexible itinerary with one-ways for a comparable cost.

What’s your take on the value of Qantas round the world awards?

ANA's RTW award chart requires only 125k miles for a 22,000 mile trip in business class. And there's certainly more options and availability amongst *A partners than OW partner airlines.

Best use of Qantas points is to not fly on Qantas.

I've done 2 now and just booked my 3rd. By no means the easiest thing to do, but can be done, if you can deal with the frustration. Total tax was $661AUD for most recent booking. 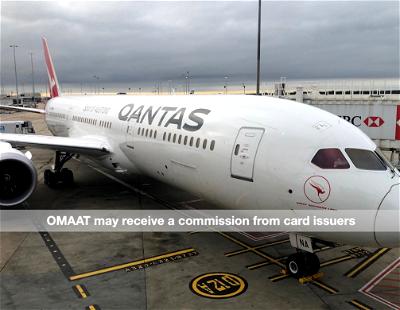 11
How To Redeem Qantas Points On EL AL (Excellent Value)