That’s exactly what happened on an American flight between Charlotte and Frankfurt this past week, whereby a crew member attacked her colleagues and even the air marshals, on both legs of the journey. And even though the crew tried to have her removed before the outbound flight even left, apparently American wouldn’t replace her. 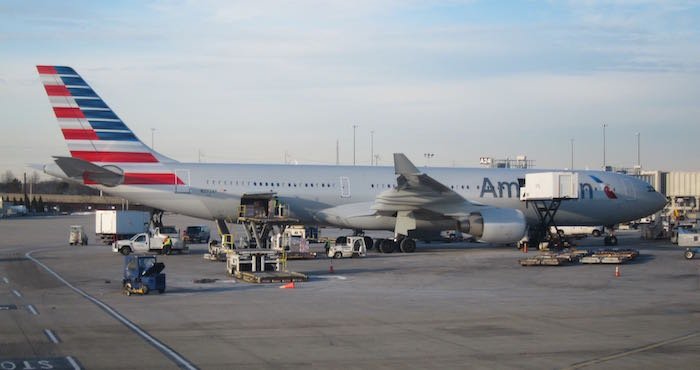 Via The Charlotte Observer:

According to the affidavit by federal Air Marshal Joseph D. Fialka, who was assigned to the round trip, Snow slapped other flight attendants and shoved, punched or kicked at marshals. Fialka says that other flight attendants told him before takeoff from Charlotte that they had tried to have Snow removed from duty but that American did not replace her.

In his affidavit, Fialka said Snow confessed to him several times before takeoff that she was “crazy” or a “train wreck.”

Once the doors closed, another attendant told Fialka that Snow had slapped her in the middle galley of the airport. Some 45 minutes later, Fialka says, Snow shoved him several times.

Later, Fialka said he tried to calm Snow. In response, she struck him twice with her open palm in his chest, he said. “The force of this action moved me back. I weigh considerably more than Snow.”

The behavior continued and disrupted the rest of the flight, then resumed on the trip back to Charlotte with the same crew in place, the affidavit says.

Wow. First of all, I hope the flight attendant gets the help she needs. Second of all, it’s kind of shocking how long this was allowed to go on:

Sort of quite a contrast between how passengers are treated and how crew are treated, no?

Someone needs to kick this over to the FAA. If the crew thought she was unfit to fly and American forced them to do it anyway, the FAA will likely fine them 5-6 figures for it. FAA doesn't mess around with things like this, nor should they.

@Mick Mick, it's like this: Assault and Battery: Two separate offenses against the person that when used in one expression may be defined as any unlawful and unpermitted touching of another. Assault is an act that creates an apprehension in another of an imminent, harmful, or offensive contact. The act consists of a threat of harm accompanied by an apparent, present ability to carry out the threat. Battery is a harmful or offensive touching of another. The main distinction between the two offenses is the existence or nonexistence of a touching or contact. While contact is an essential element of battery, there must be an absence of contact for assault. Sometimes assault is defined loosely to include battery. Assault and battery are offenses in both criminal and Tort Law; therefore, they can give rise to criminal or civil liability. In Criminal Law, an assault may additionally be defined as any attempt to commit a battery. Here in America, you just can't go around slapping someone. We call that a crime, and it is punishable. When people are imprisoned, it prevents them from attacking other people. See how simple it all is?

Thanks snic! #banwhereby C'mon Lucky - we know you can do it!!!