Many of you have probably seen the viral video of an Etihad A380 landing at Heathrow Airport during Storm Dennis, with strong crosswinds.

There have been tons of crosswind landing videos that have emerged as a result of the strong winds in the UK, though this one went most viral.

Interestingly the video doesn’t show that much of a struggle to get to the touchdown point, but what makes this video so “shocking” to people is the angle at which the plane touches down, and the extent to which it makes adjustments after landing.

Here’s the video for those who haven’t seen it:

Almost across the board you see praise for these pilots for the landing. Well, Etihad seems to disagree…

Paddle Your Own Kanoo notes the contents of a leaked memo that was sent out by Etihad’s pilot training department to pilots following this video going viral. The memo was sent out Etihad’s manager of pilot training for the Boeing fleet (which seems odd — the plane in question is an Airbus).

The memo references “a video this week of one of our A380s landing in a strong crosswind in London,” and states the following with regards to it:

“This official view from the Training Department is a simple one – THIS IS NOT WHAT WE WANT TO SEE. There is a time to give an approach away in the interest of safety.

If you see such a thing in the sim (aircraft simulator) that would be a grade 1 for both pilots… Please gentlemen, let’s teach our pilots to operate safely even that means changing the mission.”

Ouch! Beyond that, I also find it inappropriate that he refers to pilots as “gentlemen.” C’mon, you should know better than that…

Etihad doesn’t seem to be alone in criticizing this landing. I enjoy reading PPRuNe, essentially a forum for pilots. Of course anyone can participate and you can’t know for sure that everyone is who they say they are, though it has tons of airline pilots.

It’s interesting that the response to that landing was overwhelmingly negative in the thread there about this landing, while usually the pilots here would be downplaying landings that are sensationalized by the media.

Share
Tweet
Conversations (123)
The comments on this page have not been provided, reviewed, approved or otherwise endorsed by any advertiser, and it is not an advertiser's responsibility to ensure posts and/or questions are answered.
Write a comment
Cancel reply
Report a Comment
Thanks for letting us know!

Submitting...
Featured Comments
View all comments (123)
Write a comment
Most helpful comments ( as chosen by the OMAAT community ).

@Yawpedal....Sir or Madam, I see you left a rather huffy comment re: my comment on this less than ideal crosswind landing. For the record, I DO have an ATP, with several Boeing type ratings (including B747 and B747-4) and one Airbus type rating, but not A380, and I'm sure I have many thousands of hours more transport flight time than do you. Before you assign reading to other people, you'd best be sure to whom you're speaking. Back to the original point, just because the PF (pilot flying) on this leg can land better than you, it doesn't make this a good landing. The PF obviously wasn't sure what to do with the rudder. If it was the co-pilot, the Captain should have taken control. If it was the Captain, they should have diverted to a different runway with less crosswind component. Good day to you, sir or madam.

Any landing you walk away from is great! 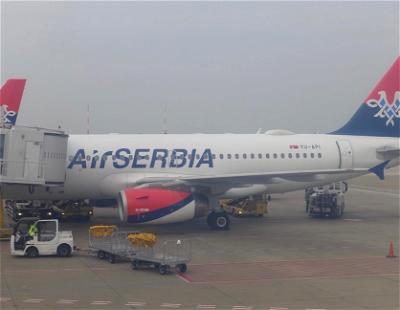