Update: Delta has issued the following statement regarding the sign: “This sign was posted in CVG in error. It does not reflect any new news or guidance from DHS. Should be considered erroneous.” Hmmmm….

We’ve been hearing rumors that an electronics ban will be announced for flights from Europe to the US at some point this week. To my surprise this still hasn’t happened, and actually the Department of Homeland Security has been claiming that nothing has been decided for sure.

Many reputable sources have suggested otherwise, and that a decision has in fact been made but just hasn’t been communicated publicly yet. Interestingly FlyerTalk member SFO 1K posted a picture of a sign made by Delta at Cincinnati Airport, which suggests that an electronics ban is in place effective immediately for international flights from Europe to the United States:

Effective May 12 passengers will only be permitted to carry a cell phone onboard flights returning to the United States. All other personal electronic devices will be required to be checked.

Rather bizarrely, when asked about this on Twitter, Delta says that “the current restriction on larger electronic devices applies only to flights departing the Middle East for the United States. Delta is remaining close to Department of Homeland Security and, as we would in any situation, will continue to evaluate ways to align our procedures with a restriction in the event that it’s expanded to countries where Delta operates.”

Late to the comments here but I was just randomly selected for additional screening in Jacksonville in the Pre line and all they wanted to do was test all of my electronics for explosive material.

Who in their right mind would want to check their electronic devices in their luggage and expect them to be there when they unpacked? Luggage theft is world wide problem. I would think that the issues that we are facing re not having devices in the cabin would pose the same risk if stowed in the below. What's a flyer to do?

@Daniel Isreal disagrees with you http://www.reuters.com/article/us-usa-airlines-electronics-israel-idUSKBN16T1K5 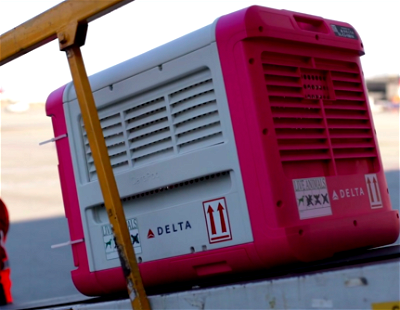